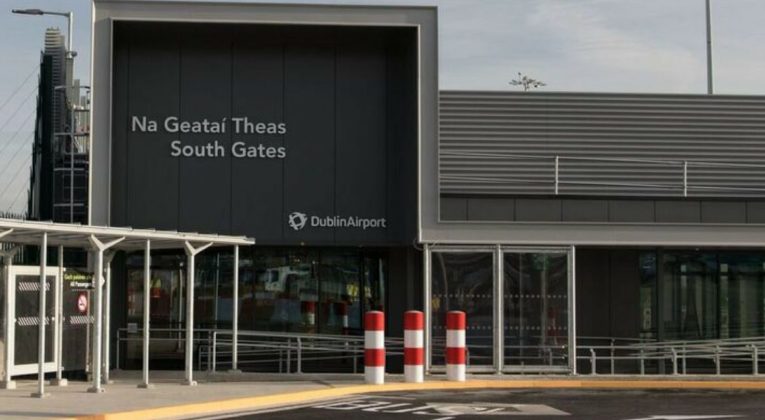 Dublin Airport is my home airport and as I frequently pass through there. I thought I knew all there was to know. Imagine my surprise when I found out there was an area I didn’t know about called the South Gates.

My reason for not knowing is that I had been doing quite a lot of flying from Terminal 1. The South Gates are attached to Terminal 2 and are primarily used by Aer Lingus, though I also saw Norwegian there when I passed through.

A Mystery At The Boarding Gate

Waiting for gate information to be provided to you is quite frustrating, but nothing can be done except to wait. Eventually my flight was assigned to Gate 335, which I knew was a bus gate.

When I arrived, both my Aer Lingus flight to Manchester and a Norwegian flight to Hamilton were listed on the screen for the same gate and both were boarding. This made no sense. How could two flights be using one gate? I had never come across something like this before.

There Are South Gates?!

A staff member was only allowing the Hamilton passengers onto the buses, which was confusing everyone else arriving for the Manchester flight. Eventually we were allowed to get on the buses too, and we headed off, not to an aircraft, but to more gates. Surprised? You bet! 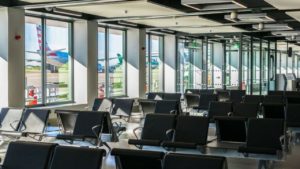 The South Gates are separate from the terminal and are labelled A, B, C, D and E inside. Plenty of seating is provided and there are toilets along with normal looking boarding gates. When it’s time to go, your boarding pass is scanned and you walk over to your aircraft. Probably not the best in an Irish winter, but it serves its purpose.

According to the Dublin Airport press release, the South Gates were opened in December 2017. It mentions that a shuttle bus goes every two minutes to those gates, but that wasn’t really my experience. There is probably no need for one that frequently all the time.

Aer Lingus flights to and from certain UK destinations use these gates, as do other airlines such as Norwegian as I mentioned. The majority of passengers would probably never use them.

Have you used the South Gates at Dublin Airport? What did you think of the experience? Thank you for reading and if you have any comments or questions, please leave them below.

All images via Arup.