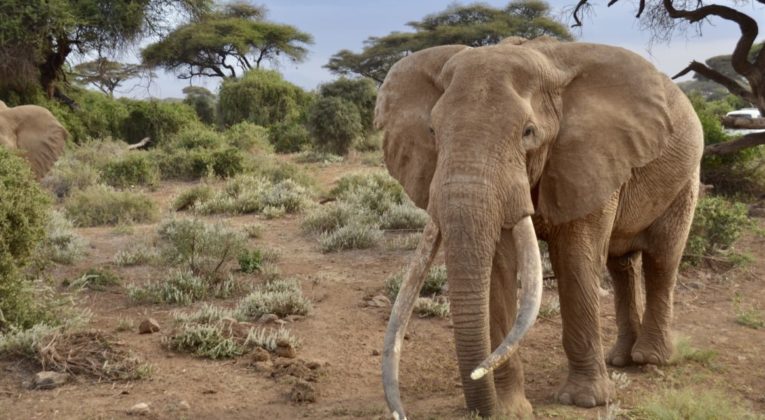 Africa is the world’s second largest continent with 54 countries and a population of 1.2 billion people.  With so many countries and sights to see such as ancient cities, safaris, and gorgeous beaches, it can be tough to decide where to visit first. Read on find out about Bucket List Traveler’s Top 10 African countries to visit!

Zimbabwe has eight main national parks, with the largest being, Hwange National Park.  The most visited tourist destination is The Victoria Falls National Park, which is the world’s largest sheet of falling water measured by height and width.

Zimbabwe has large number of medieval era city ruins built using dry stone style which is unique in Africa.  The Great Zimbabwe ruins in Masvingo is the most well known example of these ruins.

Located in southern Africa, Namibia is the driest country in sub-Saharan Africa. This country is known for its many lodges and reserves that accommodate eco-tourism. Some top places to visit include Etosha Pan, Caprivi Strip, Sossusvlei, Skeleton Coast Park, and the capital city of Windhoek.

Located in central Africa, Rwanda is lush with rainforests, volcanoes, and waterfalls. This is one of the many African countries with a vast array of wildlife to see. One of the most popular animals to observe are the mountain gorillas. More top destinations include Volcanoes National Park, Nyungwe Forest National Park, Akagera National Park, and Lake Kivu.

South Africa offers wide variety of sights to tour including game reserves, diverse cultural heritage, picturesque landscapes, and highly regards wine regions.  Wildlife is in abundance. This country is home to the “big five” along with adorable colonies of penguins.

Egypt is rich with ancient wonders to explore. It’s one of the most famous and historic African countries. Top site to visit include the Great Pyramids of Giza, Abu Simbel Temples, Luxor Temple, Karnak Temple, Valley of the Kings, Mortuary Temple of Hatshepsut, and much, much more.

Located in East Africa, Tanzania has 16 National Parks, 29 Game Reserves, and 40 conservation areas. About 38% of the country is set aside for conservation purposes. As a result, a wide variety of wildlife and geological features can be found here.One popular site is Mount Kilimanjaro, the highest mountain in Africa at 19,341 feet above sea level.

Morocco is a country with many ancient cities and historical sites. It’s home to landscapes that vary drastically from one region to the next. Vast deserts contrast with the forested Atlas mountains and Mediterranean coastlines. Morocco has a long history of being under various empires, colonies, or protectorates such as the Phoenicians, Romans, French, Spanish and even some ports being controlled by the Portuguese.

As a result of all the shifting cultural influences over the centuries, Morocco offers a slew of delicious Middle Eastern-European fusion foods.  And, of course, a trip to Morocco is not complete until the you’ve tried the tagine and gone on a camel ride in the desert with an over night stay at a berber camp.

One of the more affordable Safari destinations, Kenya has some of the best national parks and reserves for seeing a variety of wildlife including the “Big Five”.  Top areas for going on Safari are the Masai Mara, Samburu, Amboseli, Tsavo East, and Lake Nakuru National Parks.

The landscapes throughout the country vary greatly between grassland savannas, deserts, mountains, rain forest, and tropical beaches. One of the best travel experiences in the world is taking a hot air balloon ride over the great wildebeest migration at Masai Mara National Reserve.

As Mentioned in the beginning of the blog, African is a sweeping continent made up of a whooping 54 countries. This list is only a sample of what African has to offer. Here are a few more that are also amazing to visit: