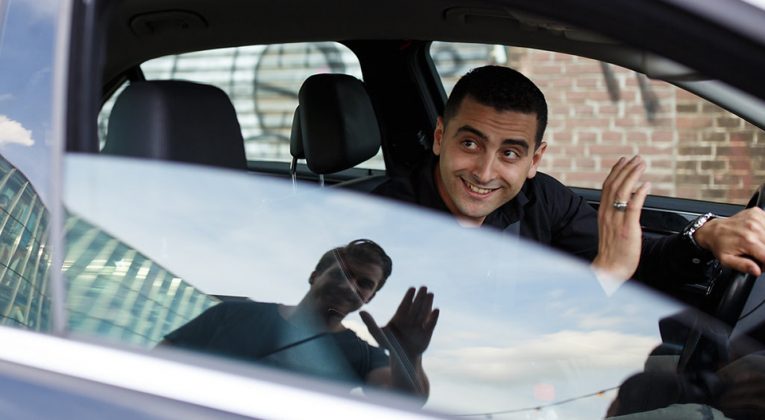 How has your relationship with Uber evolved?

Until recently, Uber was a tip-less service. Indeed, part of what made Uber the undisputed leader in rideshare services was its no-tipping policy, as featured front and center on the company’s website: “No cash, no tip, no hassle … When you arrive at your destination, just hop out—we’ll automatically charge the credit card on file. And there’s no need to tip.”

That verbiage is long gone from Uber’s website, and in July 2017 the company began actively encouraging riders to tip drivers: “Great service deserves to be rewarded.”

Now, Uber is using a combination of carrot and stick to encourage riders to not just tip, but to tip extravagantly.

In an interview with CNBC, Uber’s new CEO Dara Khosrowshahi as much as admitted that there is a link between tipping and rider ratings. “I am a very aggressive tipper right now. I pick the highest tip every time. Somehow my rating is getting better. I’m not sure if it’s aggressive tipping. Everybody, tip aggressively.”

And that’s just the beginning. Khosrowshahi also disclosed that the company is developing a package of perks available exclusively to higher-rated riders. No details yet.

Reward or extortion; carrot or stick. Uber has long had a reputation for ethically dodgy business practices. But the service’s ease and convenience and value—anchored by its no-tipping policy—combined to make it the clear choice compared to most traditional and non-traditional taxi options.

If Uber drivers are not adequately compensated from their share of published rates, the company should either raise the rates or increase drivers’ portion of every fare. Squeezing riders for ever-higher tips is a step back to a compensation system that’s not just antiquated, but disrespectful of workers.