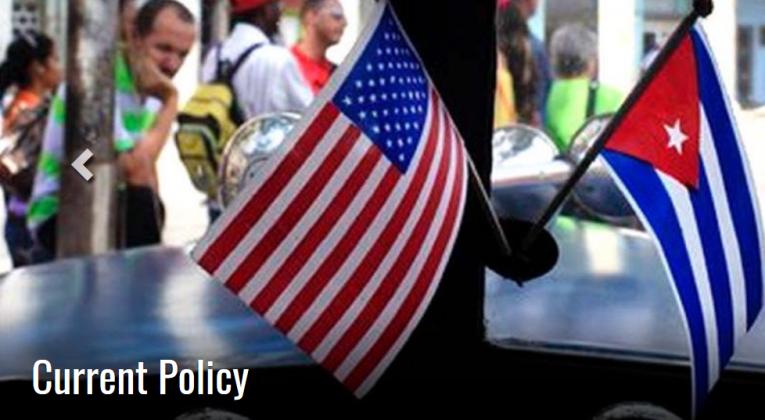 The outlook for Cuba tourism just took another unexpected turn, and not for the better.

Since diplomatic relations with Cuba were reinstated and a newly liberalized U.S.-Cuba aviation agreement was enacted last year, travel between the two countries has been a decidedly up-and-down affair.

U.S. airlines initially mis-forecast demand for Cuba travel, and launched far more flights than the market could support. Several carriers have since cut back on their Cuba flight capacity, or withdrawn completely from the Cuba market.

Then, in June, President Trump threatened to reverse the Obama administration’s conciliatory policy and reinstate sanctions and an embargo, further undermining enthusiasm for travel to Cuba.

And the latest blow to a resumption of unfettered travel between the two countries: On September 29, the U.S. State Department issued a Travel Warning, prefaced as follows: “The Department of State warns U.S. citizens not to travel to Cuba.”

Related: American or Southwest: Which Is the No-Frills Airline?

This is not, at least ostensibly, a politically motivated ban. Rather it is based on a series of mysterious attacks suffered by U.S. diplomatic staff in Cuba. According to the State Department statement:

Over the past several months, numerous U.S. Embassy Havana employees have been targeted in specific attacks. These employees have suffered significant injuries as a consequence of these attacks. Affected individuals have exhibited a range of physical symptoms including ear complaints and hearing loss, dizziness, headache, fatigue, cognitive issues, and difficulty sleeping.

Accordingly, government employees and their families have been ordered to leave Cuba, pending the Cuban government’s discovering the source of the attacks and preventing further occurrences. U.S. leisure travelers are also at risk, the Department warned: “Because our personnel’s safety is at risk, and we are unable to identify the source of the attacks, we believe U.S. citizens may also be at risk and warn them not to travel to Cuba.”

For American travelers who remain in Cuba, the State Department recommends apprising family and friends in the U.S. of their whereabouts, and keeping in touch with their travel agency and hotel staff.

For the latest updates on the attacks and travel warning, consult the Havana Embassy website.

While the attacks are creepy and unsettling, they haven’t been life-threatening. And so far, they’ve targeted diplomatic staff exclusively. Will you let the warning deter you from visiting Cuba?