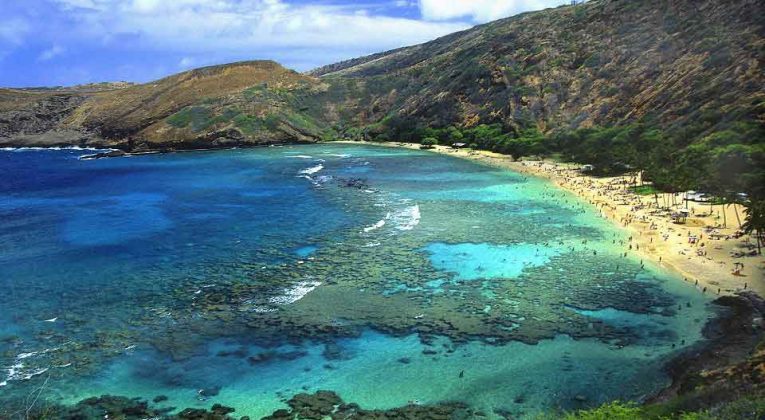 In what is a first (as far as I’m aware) for a major U.S. city, Honolulu has prohibited the viewing of smartphones and other personal electronic devices while crossing the street.

According to the bill, known as the “Distracted Walking Law” and signed last week into law by Kirk Caldwell, Mayor of the City and County of Honolulu, “No pedestrian shall cross a street or highway while viewing a mobile electronic device.”

An exception to the prohibition is the use of an electronic device used “in making a ‘911’ emergency communication.” In other words, if you’re texting a 911 message while crossing Ala Moana Boulevard, you won’t be cited.

If you are cited, fines range from $15 to $35 for the first offence, and between $35 and $75 for a second offence committed within a year of the first. But the Honolulu police won’t begin enforcing the law until October 25. In the meantime, the city will be educating residents and tourists about the dangers of distracted walking, and the upcoming penalties.

Mayor Caldwell provided the following context for the law: “We hold the unfortunate distinction of being a major city with more pedestrians being hit in crosswalks, particularly our seniors, than almost any other city in the county.”

The new Honolulu law can be seen as a natural extension of the bans against texting while driving, which are already in effect in 47 states, including Hawaii.

Sensible, or too heavy-handed?