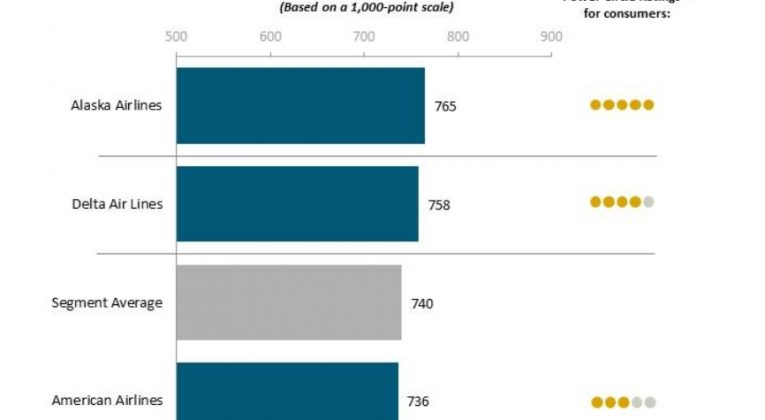 Is the air-travel experience the best it’s ever been, or the worst?

If you were to judge from the recent torrent of scathing media coverage and intense government scrutiny, you’d think that the airline industry was in the business of torturing travelers, rather than transporting them.

Nevertheless, the latest edition of the American Customer Satisfaction Index, published last month, found that a measure of travelers’ overall satisfaction with the airlines had increased 4.2 percentage points year-over-year.

And today, J.D. Power released its 2017 North America Airline Satisfaction Study, which also found that flyers were more, not less, satisfied with the airlines.

Related: Congress Warns Airlines: Do Better, or Else

According to a J.D. Power statement accompanying the report:

It’s impossible to think about airline customer satisfaction without replaying the recent images of a passenger being dragged from a seat, but our data shows that, as a whole, the airline industry has been making marked improvements in customer satisfaction across a variety of metrics, from ticket cost to flight crew.

In fact, the latest J.D. Power study found that overall satisfaction has risen to its highest level ever.

For the industry as a whole, the satisfaction score increased to 756 on a 1,000-point scale, from 726 last year. Traditional carriers as a group scored 740, and low-cost airlines did somewhat better with a 784 score.

In the traditional airline group, the individual scoring was as follows:

And for the low-cost carriers:

The individual scores aren’t likely to raise many eyebrows. Alaska and Southwest have well established reputations for solid customer service. Less fathomable, however, is the trend itself, and the takeaway: Things have never been better. Really?

It’s true that, on an inflation-adjusted basis, average airfares are low ($349 according to the report), and have been trending lower over the long term. So assigning cost the heaviest weight in the scoring disproportionately improves the overall scores. It’s also true that consumers have proven themselves to be overwhelmingly price-driven, as the success of Spirit Airlines attests. But cheap flights hardly guarantee a high level of customer satisfaction, a fact borne out by Spirit’s poor marks in other studies.

The airlines, in other words, have trained consumers to accept shoddier and shoddier service in exchange for cheaper airfares. But cheaper isn’t necessarily better; it’s just cheaper.

Things have never been better for air travelers. True or false?