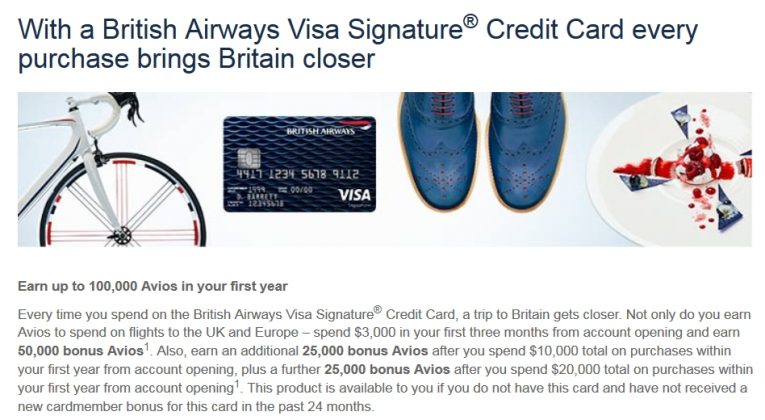 If you missed it the first time, or the second time, the 100,000-mile bonus for the British Airways Visa card is back. Or a version of it is, anyway.

In 2010, when British Airways first offered a 100,000-mile sign-up bonus for its loyalty program-linked credit card, it was hailed as one of the most generous credit card promotions ever: 100,000 bonus miles after new cardholders charged $2,000 within three months. Quick, easy, and lucrative.

It was big news at the time, and set a new standard for credit-card promotions.

Since then, there have been quite a few 100,000-point sign-up bonuses offered for various rewards credit cards. But rarely if ever was such a outsize bonus achievable after just $2,000 in spend.

Not surprisingly, the latest British Airways 100,000-mile credit card offer is more like the 2016 promotion than the original 2010 offer.

Current cardholders and those who have received a sign-up bonus for the card within the past 24 months are ineligible. There’s no published end date for the offer, so it could be withdrawn or downsized at any time.

As always when discussing British Airways’ Executive Club program, the issue of sky-high fuel surcharges on award tickets must be raised. While it’s possible to get solid value by redeeming miles for flights on British Airways’ partner airlines, it does require extra work to circumvent the most noxious fees.