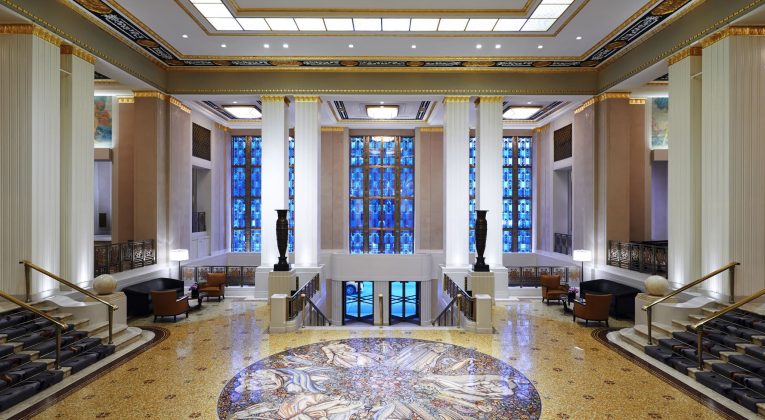 Growing up in Manhattan, the Waldorf Astoria, on Park Avenue between 49th and 50th streets in the heart of Manhattan, was always a special place. Walking past its canopied entrance, you couldn’t help but feel the tug of the city’s history. Some places matter, and the Waldorf was such a place.

To the consternation of some, myself included, the hotel was purchased for $1.95 billion by the Chinese insurance giant, Anbang, in October 2014. (It was Anbang, you’ll recall, that more recently was in an unsuccessful bidding war with Marriott to acquire Starwood.)

Somewhat reassuring to those worried about the hotel’s future, Hilton will continue managing the Waldorf for the next 100 years, under contract with Anbang. So that won’t change.

But there are changes coming, raising questions about the fate of what many consider to be an irreplaceable historical and architectural landmark.

Beginning on March 1, the hotel will close for extensive renovations, which will take between two and three years.

Following the renovation, the hotel will have 840 rooms, down from 1,400 currently. Taking the place of those hotel rooms will be 321 new luxury condos.

That conversion will necessarily change the look and feel of certain areas of the hotel. If it’s done sensitively and tastefully, however, the remodel could be accomplished with little or no impact on the hotel’s public areas.

Also likely to change, provided the property’s iconic status isn’t undermined by the renovation project, are the hotel’s rates. The Waldorf averages 90 percent occupancy. If that level of demand persists, cutting room capacity by 40 percent can only increase the hotel’s pricing power. In other words: Be prepared to pay more for future Waldorf stays.

What Will Not Change

The building’s exterior was declared an architectural landmark in 1993. So that, thankfully, will remain unaltered.

As far as the hotel’s interior goes, New York’s Landmarks Preservation Commission is considering proposals from several interested parties to officially landmark the inside spaces. In an encouraging sign, Anbang itself has publicly supported such landmarking.

While the interests of property owners and preservationists are typically at odds, in this case Anbang’s long-term interests are arguably nicely aligned with those pushing to minimize visible changes to the structure. It was, after all, largely the Waldorf’s architectural preeminence that made the property worth its lofty $1.95 billion sales price.

Travelers have another three weeks to squeeze in a stay at the Waldorf as we know it. When the hotel reopens to travelers in 2019 or 2020, they can at least count on a familiar face on the exterior. What’s inside remains to be seen.

Have you ever stayed at the Waldorf?