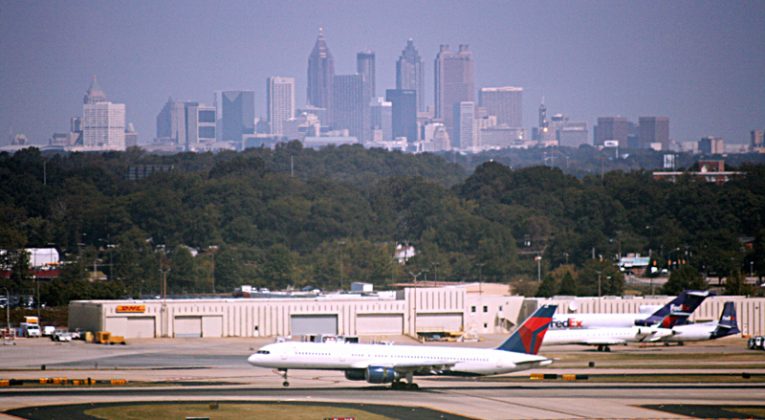 If you have ever wanted to use the ride sharing services of either Uber or Lyft to legally pick you up at the airport in Atlanta, you are in luck: as of Sunday, January 1, 2017, drivers who work for those ride sharing services will be permitted to pick up passengers at the international airport which serves the greater Atlanta metropolitan area — thanks to an ordinance which sets regulations for the ride sharing industry that was approved with a vote of 14-1 by the city council of Atlanta.

Although the ordinance was approved on Monday, September 19, 2016, there are some details which still need to be resolved — such as where the area for drivers will be designated for them to wait in their vehicles prior to picking up passengers.

Predictably, representatives of taxi and limousine companies were unhappy about the outcome of the vote and complained that — according to this article written by Dave Williams of the Atlanta Business Chronicle — “the ordinance treats them unfairly and threatens the passenger safety.” This is despite months of meetings in crafting the proposal for the ordinance. “Others representing taxi and limousine companies objected to provisions in the ordinance requiring permanent city-issued decals on for-hire vehicles and limiting vehicles used for airport pickups to no more than seven years of age.”

There have been reports of drivers of ride sharing services risking disciplinary action for secretly sneaking their vehicles illegally into the busiest airport in the world to pick up passengers at the airport.

House Bill 190 and House Bill 225 — which were enacted into law enacted last year by the Georgia General Assembly — established rules specifically for limousines, taxis and ride sharing companies in most locations across the state; but the regulation of the operation of those services at airports was left up to the discretion of local jurisdictions such as cities and counties.

Initially, the city of Atlanta wanted to require drivers of ride sharing services to be fingerprinted before being allowed to conduct business on airport property. Representatives of both Uber and Lyft opposed the requirement of fingerprinting their drivers to the point where almost 100 drivers convened upon City Hall in Atlanta on Wednesday, March 30, 2016 to protest that requirement, as they alleged that the background checks for ride sharing services are already stringent even though they did not include fingerprinting.

A compromise was reached where the ordinance — in keeping with language in the aforementioned state law — gives limousines, taxis and ride sharing companies companies the choice of either requiring:

Pass On the Per-Ride Security Fee to the Customer?

“Councilwoman Felicia Moore, the only member of the council opposing the ordinance, complained that for-hire companies will pass on to customers a $2.35 per ride security fee to be charged to companies that do not require fingerprint checks”, according to the article from the Atlanta Business Chronicle. “Moore pushed unsuccessfully to have the council delay the vote for at least two weeks to consider the issues raised by the taxi and limo companies.”

Choice is almost always good for the consumer. In this case, ride sharing services offer more flexible options with advanced technology — and yet can be less expensive than traditional for-hire services such as taxi cabs…

…but how much of an impact the ride sharing services will have upon the taxi and limousine industry as a result of them being allowed to pick up passengers at the airport remains to be seen.