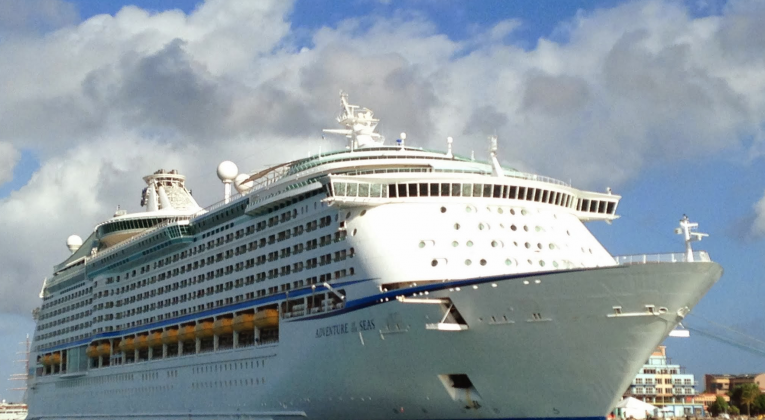 Royal Caribbean International has a history of introducing the cruise industry’s most cutting-edge ships. The line also has a knack for keeping its existing ships up to date. We’ve known for a while that one of Royal Caribbean’s most popular ships, Adventure of the Seas, would be receiving a bow to stern update in 2016. What we haven’t known is exactly what would be changing. We still don’t know all the details, but the cruise line dropped a few hints in an email to its customers and in a press release just a few days ago.

In October 2016, Adventure of the Seas will enter into a drydock where she’ll undergo a $61 million revitalization. The ship will receive a host of updates including new waterslides, Cyclone and Typhoon, Royal Caribbean’s popular FlowRider surf simulator, and a children’s aquapark, Splashaway Bay. In addition, Royal Caribbean guests can look forward to a new lineup of dining and entertainment venues including Izumi Japanese Cuisine, Chops Grille, Royal Caribbean’s popular steakhouse, and Boleros Latin Lounge. In addition to a refresh of all existing staterooms, Adventure of the Seas will also receive more than 100 new staterooms, and a new Suites Lounge for guests sailing in suite acommodations.

“We’re thrilled to debut an array of new enhancements to one of our guest’s most beloved ships,” said Michael Bayley, President and CEO, Royal Caribbean International. “The name Adventure says it all; this ship is packed with action, featuring a mix of signature features and innovations, including thrilling new waterslides and VOOM, the fastest internet at sea.”

Adventure of the Seas will continue to feature Voyager-class guest favorites like the Vitality at Sea Spa and Fitness Center, three pools, including an adults-only Solarium, a rock climbing wall, basketball court, Windjammer Café, Johnny Rockets and the three-story Main Dining Room. Other entertainment options include Broadway-style shows in the main theater, the line’s ever-popular ice-skating shows in Studio B, and the beautiful Royal Promenade featuring parties, parades, shopping, dining and libations.