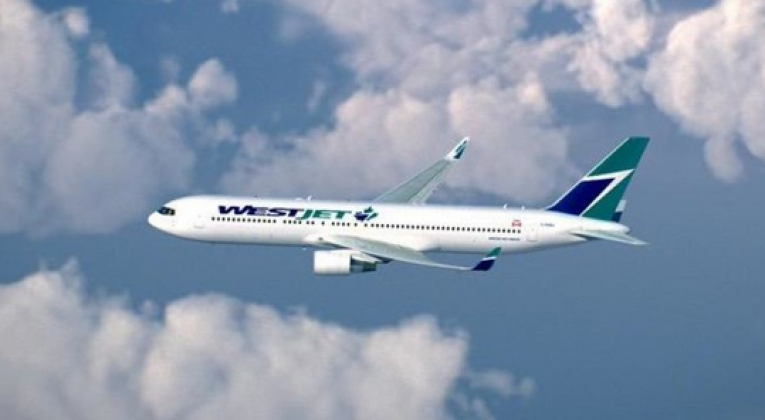 Canadian travel to London is about to get about a lot easier as discounter WestJet, the second-largest carrier in Canada, begins service to London Gatwick from six cities in Canada.

WestJet is Canada’s low-fare carrier, a not-quite-equivalent to Southwest. It has 35-40% domestic market share and flies mostly in western Canada, although it has been creeping eastward. Overlap with Air Canada is becoming an increasing issue for both carriers, causing increased competition and lower prices. WestJet exacerbated the situation with the 2013 genesis of Encore, its subsidiary developed to fly into small cities where Air Canada had very high prices and no competition. Air Canada, meanwhile, has done its part, with low-cost subsidiary Rouge attacking WestJet’s warm weather routes.

While WestJet started as a domestic carrier, it has slowly developed some international routes. For the most part, however, those routes were North-South routes. Until…

After signing a contract with an Irish maintenance company, WestJet decided that it might as well put some passengers in those seats, launching service from St. John’s, Newfoundland, to Dublin. Later, it added a flight from Halifax to Glasgow. Introductory fares on 737s ranged from $199-299 for Dublin and started at $259 for Glasgow. The airline doesn’t offer a first class section, but its “Plus” seating at the front of the plane blocks the middle seat and offer extra leg room.

They’ve stepped it up now, introducing flights to London Gatwick. Starting May 6, they are flying to LGW from Calgary, Edmonton, St. John’s, Toronto, Vancouver and Winnipeg. They’ll be stepping up the aircraft to 767s with 264 seats. Fares started at $199-299 each way, although strong demand has pushed them up. According to CEO Gregg Saretsky,

London is the crown jewel of international travel to and from Canada, and we continue to see very strong advance ticket sales assisted by the strong pound/sterling which makes Canada a relative bargain for travelers. Early bookings are reflecting strong point-of-sale UK results, with sales running well ahead of expectations.*

Air Canada, not one to fall (too far) behind, matched the flights, offering discounted Rouge service on a 280-seat 767 and a whopping 30-inches in the back (an inch tighter than WestJet’s standard 767 service). They also offer a premium service which will get you a 35” or 37” seat.

Making money over the long term on flights to Europe is going to be difficult for WestJet. It will lose its cost advantage due to the length of the flight (Costs are measured on a per seat, per mile, basis. Since takeoff and landing are the most expensive parts of the flight, Air Canada will have a few thousand miles to amortize its costs.). On the other hand, it doesn’t have the network that Air Canada does, meaning that AC will offer more connections and potential revenue opportunities. True, low-cost carrier EasyJet flies out of Gatwick, but connections will be messy. WestJet doesn’t interline with them and you may have to change terminals.

With the exception of Air Canada’s employees and shareholders, there aren’t a lot of people rooting for WestJet to fail. Any time competition comes into a market, prices will come down. But WestJet is flying a new fleet type on a route where it has virtually no cost advantage but a significant revenue disadvantage. It will be interesting to see where they stand a year from now.

*Keep in mind that this is typically how airline managements describe any new route.