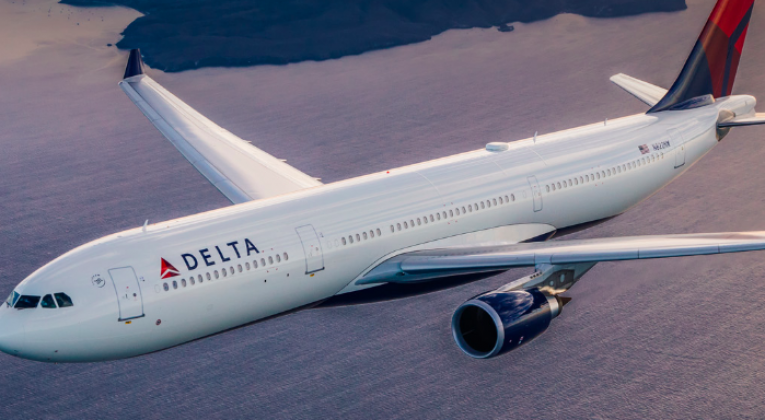 Another quarter, another billion dollars. Delta held their quarterly investor call yesterday and, in what has traditionally been the weakest quarter of the year, it earned $1.5b in pretax profit and almost a $1b in net income. Usually, the airlines are simply hoping that they make it until May without running out of money. Amazing what a $600m fuel benefit will do for you. So what did we learn?

Delta continues to make its passengers happy, at least when it comes to getting them to where they are going, when they want to be there. The airline generated an 86.5% on-time arrival rate and a 99.4% completion factor. Out of the 91 days in the quarter, 49 of them had no mainline cancellations, and another six had no cancellations except for Brussels. This performance is not unusual, as the airline has been beating the industry senseless for more than a year:

Employees Aren’t Doing Too Badly, Either

Delta accrued $272m for employee profit sharing, or twice what they paid for the same quarter last year. Delta employees accrue profit sharing at the rate of 10% of pretax profits on the first $2.5b of pretax profits and 20% on all profits above that number. Remember, this is usually the weakest quarter of the year, so if you see the employees dancing in the aisles, you’ll know why. Profit sharing has become such an important part of compensation that American Airlines, which swore that it would never offer it, gave in and set a rate of 5% for its employees this year. And it will remain an important aspect of pay right up until the time that airlines start losing money again.

Next year, the profit sharing calculation will change. In exchange for raises of approximately 15%, employees accepted a contract that will give them 10% of profits until the company matches the previous year’s pretax profit. Any excess will generate 20% incremental payouts. The new system will help employees as profits rise but, in a downturn, will lead to lower checks.

Not Everything Worked in Delta’s Favor This Quarter…

While the company did get a big benefit from lower fuel prices, there were other areas of the income statement that suffered. Cheaper oil means that airlines can afford to add capacity to the skies, which affects yields (pricing). Yields were down 5% for the quarter and revenue per available seat mile (or RASM, which measures revenue per seat, whether that seat has a butt in it or not) was down about 4.5%, at the low end of the company’s quarterly guidance. They also took a $125m hit from foreign currency translation. Even though profits were up, revenues for the quarter were actually down versus the same quarter last year. The incremental profit came on the cost side. And even the costs had a few bumps, as the company lost $200m from fuel that it had locked in, or “hedged,” at higher prices.

But It May Be Getting Better

RASM has been in decline since 2014 but we may see a bottoming sometime this year, with a positive inflection later this year. In 2015, American had told us that RASM would likely not go positive until the third quarter of this year. Most of their competitors thought they were wrong. And, indeed, they were wrong, but not the way that they wanted. It looks like it will be fourth quarter before the numbers start to move in the airlines’ direction. Industry capacity growth looks to be peaking in the first quarter, with sequential declines throughout the year. Meanwhile, the comparisons to last year’s numbers also get easier, as 2015 saw declines throughout the year. Airlines will also benefit from the new pricing structure on multi-segment flights, which is forcing passengers into higher fare buckets. The customers could buy several one-ways and string them together, of course, but that increases the risks when they miss a flight or need to change plans. Delta declined to discuss the impact of these changes on the call. But maybe there’s an offset: Delta announced today that they are also removing the phone fee for booking tickets. Clearly, traffic has already migrated to the internet.