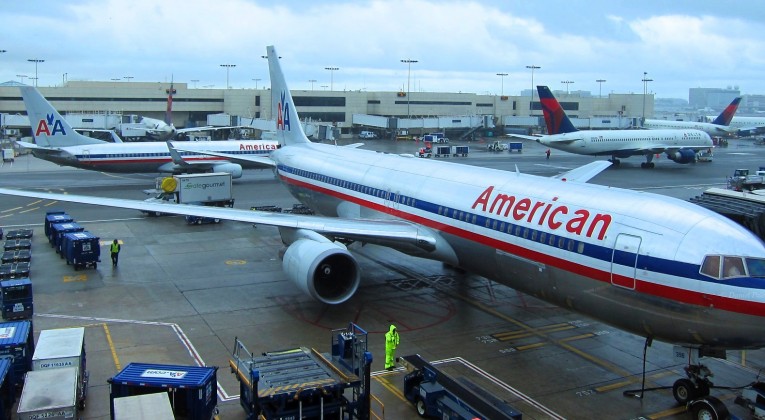 If you are a fan of flying a widebody aircraft on a domestic route, then you are in luck. Per AirlineRoute, American Airlines is replacing one of four daily flights from Miami to Las Vegas with a Boeing 767-300ER. Flights are currently flown with a mix of Boeing 737-800 and Airbus A321 aircraft.

The flights are bookable immediately and will be operating daily, between March 3rd and June 1st.

American operates two cabin configurations on their 767 fleet. The first, which is pictured below, offers a 2-2-2 layout in the Business class cabin and a 2-3-2 layout in the main cabin. This version also offers three rows of Main Cabin Extra, which has a nice increase in pitch over the rest of the main cabin. If you read InsideFlyer, I would hope you know how to avoid sitting in economy 😉

This version of the 767 does not offer any seat back entertainment, instead relying on overhead monitors throughout the aircraft. Passengers sitting in Business class are usually offered a Samsung tablet, though it is unclear if American will be providing tablets on this route.

There is a small likelihood that American will swap out the 767 for an aircraft with lie-flat seats, though any notice of that wouldn’t be seen until the day of departure. Nevertheless, this is a great addition, even temporarily, for a flight that is over five hours when traveling westbound! The pricing is also surprisingly nice. The fare below is for March 3rd!

American operates widebody aircraft on a number of domestic routes, such as LAX-MIA, DFW-ORD, PHL-MCO and more!