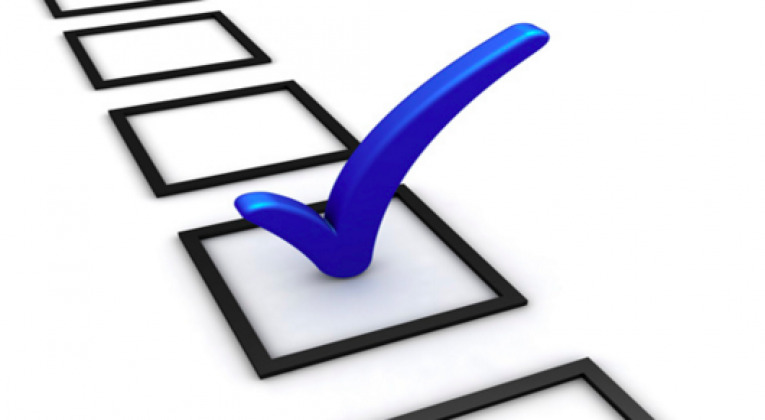 The perfect mileage scheme would be defined as one that earns you hundreds of thousands of miles quickly for a minimal amount of work. Sadly, such a plan doesn’t exist, or if it does, its author is remaining awfully quiet about it (wise move, by the way). Rather, I think of earnings miles like a graph, with potential earnings on the X-axis and level of difficulty, which includes time, effort and expense, on the Y-axis. A credit card, for instance, would be out pretty far on the X-axis but not do as well on the Y. Today, I’m going to talk about its counterpart, which is in the top left of our mystery box (minimal work, few miles): taking surveys for points.

There are a number of different survey companies out there that will award you miles, but a few are particularly strong. I’ve generally recommended surveys to novices, since they are so uncomplicated, but truthfully, there are several reasons that everyone should at least be aware that they exist, even if you don’t do them on a regular basis. First, they’re an excellent way to keep miles from expiring. Since most programs require activity every 12-18 months, doing a survey for a few miles is a way to keep your account active. Second, they’re good for accumulating miles on an airline that you don’t normally fly but one whose miles you find useful. One of my colleagues talked about how useful Alaska miles are, but I don’t fly them and don’t want to put my American miles there. A few hundred or thousand points here or there could eventually add up. And finally, it’s easy.Surveys are a mixed blessing. They require little to no effort, don’t cost anything and are relatively quick, with most of them being 10-20 minutes. The downside is that they are tedious and your payoff tends not to be huge. But if you want an easy way to earn points while watching Homeland, they qualify.

e-Rewards is one of the oldest survey programs and, at times, one of the most frustrating. Having said that, it’s also got the most lucrative opportunities. You fill out a profile and they will send you surveys based on your answers. Surveys are generally 10-20 minutes and earn $2-$10 in e-Rewards currency, which has no relationship to actual currency. For example, 100 e-Rewards dollars will get you 2,000 TrueBlue points, while e$125 will get you 7,000 Hilton Hhonors points. Always click on the survey link, even if it is one that you don’t think you’ll qualify for, since they give you a small bonus even if you are disqualified. Almost every major airline participates (with the notable exception of Delta), as well as a few hotel brands.

e-Rewards can be, at times, maddening. I’ve had occasions where I’ve made it halfway through a long survey, only to get disqualified. Occasionally, they’ll throw a “gotcha” question at you, just to make sure you are paying attention to the survey and not clicking random choices. Surveys also fill up quickly, so you might get an email telling you that the survey is full. Helpful hint: If you go back to the original link in the email, it will often redirect you to a new, open survey. I have occasionally had issues where I completed a survey that didn’t credit, but those tend to be in the minority.

Here’s what you really need to watch out for, and you have to catch it early: If there is a travel provider where you know you will want to redeem rewards, sign up through their website rather than at erewards.com. If you sign up directly at the site, certain redemption partners may not be available. For instance, if you want United miles, sign up on United’s site. Of course, this might eliminate other partners for you, so handle with care.

I like e-Rewards. I started a month or two ago and have earned 4,000 TrueBlue points, which would be worth +/- $60 (real dollars, not e-currency). e-Rewards is not very exciting, but it’s an easy multi-tasking experience. Reward fulfillment usually takes about a week.

Fewer surveys, more “click on this link” opportunities, but e-Miles is the same concept as e-Rewards: Points for clicking on the right spot. There aren’t quite as many travel partners as e-Rewards (Hilton, ICH and five airlines), but point accumulation is pretty easy and they’re good about having plenty of offers. Once you fill out your profile, e-Miles will send you to a list of points-earning opportunities. There are surveys at the top, but the easiest ones are the “quick clicks,” where they’ll give you 5-10 points to view an advertisement. The whole process takes about ten seconds, and points transfer to airline partners on a 1-1 basis (It’s slightly different for hotels.).

This program is very straightforward. You can knock out a day’s offers in a few minutes, so make sure to check in. When new opportunities are available, they’ll email you.

You’ll earn points even more slowly than you do with e-Rewards, but e-Miles is so quick and easy that it shouldn’t matter.

Occasionally, you’ll find a survey offer that is particular to one airline or hotel program. Most of these can be found on the brand’s website in the “Earn Miles” dropdown.

JetBlue allows you to earn points not only through e-Rewards but also Pointsforsurveys. It’s not a bad deal: They’ll give you 400 points for your first survey and a few hundred per completed survey after that one. It never takes too long to get through them and I value TrueBlue points at about 1.5c each.

Similar to Pointsforsurveys above, Opinion Miles Club is one you can sign up for through an airline’s site to earn miles on that carrier. In this case, you’ll get 300 miles to sign up and complete a survey at United, or 600 miles if you are Premier or a MileagePlus cardholder.

You won’t get “point rich” from survey sites, but you’ll be able to earn several thousand miles over time. That could be enough for an upgrade or, eventually, a flight, but it could also be for a reason as simple as generating activity in a dormant account. Regardless, it’s a quick way to pick up a few points.