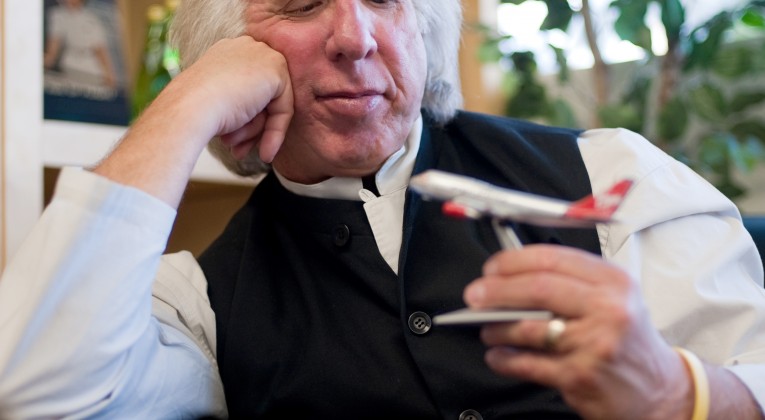 (In the February 2015 issue of InsideFlyer, Editor & Publisher Randy Petersen announced his retirement from the magazine along with ceasing publication of the magazine after 29 years. The following is his final ‘Opening Remarks’ column.)

10,572 days. That’s the number of days it has been since I first signed an office lease to begin what I hoped was a good idea–helping other frequent flyers learn how to earn and burn their coveted and growing collection of frequent flyer miles. No need for a calculator, it’s been 28 years, 11 months and 11 days.

Significance? This will be the last published issue of InsideFlyer magazine–after 29 years. It’s time for me to slow down. I woke up today with no previous thought on the matter–and into my head popped this–“it’s time.”

There’s a funny thing about time–all 10,572 days of it. It allowed for new opportunities, new technologies, new products and new ways of doing things.

During our time, InsideFlyer accomplished something that no other publication of its kind has–we left a legacy. Among the things InsideFlyer created, funded and willed to be relevant to the frequent flyer included the Freddie Awards, FlyerTalk and BoardingArea, along with its grandchild Milepoint.com.

The Freddie Awards, launched in 1986, were designed to offer the opportunity for InsideFlyer readers to help determine which loyalty program best delivered value to its members. In the early years, only InsideFlyer subscribers were voters. But over the years the Freddie Awards were adopted as the standard method used by frequent travelers all over the world to voice their opinions.

Next came FlyerTalk in 1995 (FlyerTalk will be 20 years old this coming October), which was introduced as a forum for readers of InsideFlyer and was an extension of InsideFlyer in the new digital age. In 2008, InsideFlyer funded BoardingArea as another outlet offering resources for the larger audience of road warriors. And in March 2010, we saw the birth of Milepoint as a global resource.

That’s a pretty good legacy considering that millions vote in the Freddie Awards annually, tens of thousands visit FlyerTalk daily and hundreds of thousands read the blogs of BoardingArea. And in all those years, InsideFlyer selfishly knew that it was supporting its future and encouraging competition. Yes, times changed and people changed how they like to access information–and we’re happy that our readers continue to read InsideFlyer through channels now called by different names.

InsideFlyer also accomplished things you don’t often see any longer–we wielded our editorial power to defend the frequent flyer. We could never defend all the issues that were of interest to the frequent flyer, but among those we are most proud of: InsideFlyer beat back the introduction of a Saturday night stayover requirement on flight awards from United Mileage Plus in 2000, we led the rollback of the US Airways Dividend Miles elite change to drop status bonus miles, we provided the major funding and support for SaveSkyMiles which beat back an effort by Delta to offer fewer miles flown on discount fares in 2002 along with other related changes to that program and InsideFlyer championed the fight to have United honor the Continental OnePass Infinite Elite program at a higher elite level during the merger of those two airlines’ loyalty programs. We exposed and championed the infamous “LatinPass Run” that created a legend out of that offer and made mileage millionaires out of many. We made flying the Concorde available for thousands of readers when all they had to do was buy 21 subscriptions to the magazine in 2002 and we made a household name out of “The Pudding Guy”. We also caused a problem years ago when weeks after National Car Rental Emerald Club introduced a new awards chart, we wrote about it being too generous, and shortly after that they canceled that award chart and introduced a less rewarding awards chart–turns out executives at Emerald Club were readers.

And speaking of readers, it’s really what has made my last 10,572 days the best experience of my life. I’m fortunate to have met many of my subscribers over the years and today count them as friends. Subscribers such as Mark Schwartz, James Ruppe, Arthur Finkelstein, Mostyn Lloyd, Bill McCloskey, Raphael Bixenspanner and a subscriber who I’ve enjoyed so many great conversations with over the years–Bobby Finken. These readers and many thousands like them represent all the good that comes with publishing a magazine.

And I would be remiss if I forgot to mention the ladies (and one gent) that made the magazine thrive. Over the years I’ve enjoyed, truly enjoyed, working with my Managing Editors Pam Lewis, Lisa Hawthorne, Jeff Johnstone and the one and only … Lynda Young. Lynda moved away and then came back to run the magazine remotely and there was never a day I did not consider her the world’s best person. Lynda, if you are reading this last issue (and you better)–this one’s for you.

Ah the memories. But that’s not why you read this magazine. It’s a comfortable and fun read of a topic that captivated me in the early ’80s, which allowed me to become an “entrepreneur” and more than anything, allowed me to create the world’s best job. The miles I’ve flown (many), the airlines, hotels and credit card programs I’ve visited (many) and the fellow flyers I’ve met (many) combined to create a great life for me. Thank you all so, so much.

Other than this note from me, it’s another issue as usual. And while this may be the last printed issue of InsideFlyer magazine, its brand will likely face that famous footnote of the digital universe–“pivot”–and will continue to influence, support and provide a resource for many more frequent flyers to come.

Yes, it’s time for me to slow down.