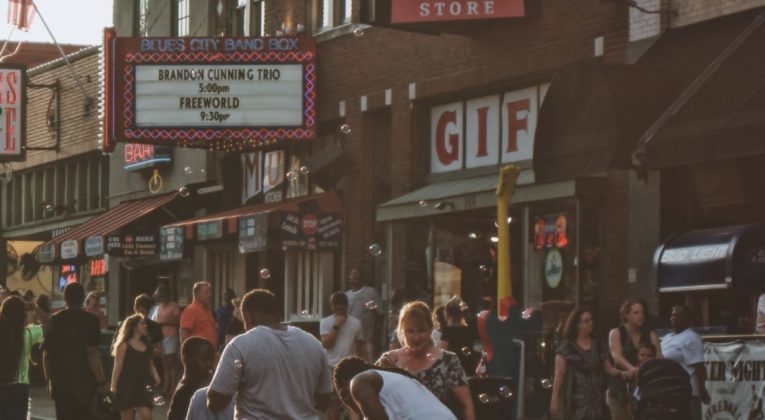 When you set out to collect points and miles it’s usually with the end goal of using them to travel for either a discount or at no cost. Playing your cards right can take you on new adventures and allow you to return to favorite locations you’ve already visited. Recently, I wrote a post about places I want to return to. However, this post highlights places I want to visit for the first time.

This post highlights six places I want to visit. Three are international and three are within the United States (domestic). There are more than six destinations that I want to visit as an aspiring traveler. However, only six are highlighted in this post for the sake of brevity.

Leaving the United States only once (so far) gives me a plethora of opportunities to leave again. In a sense, I am fortunate because I can see various parts of the world for the first time.

Tijuana is one of the northernmost cities in Mexico. And being from Southern California, it’s about a two-hour drive from my house. The trick is to park your car at a park and ride on the United States side of the border and walk across into Mexico with your passport. You do not want to drive across the border because the driving experience in Mexico is crazy and very different from that in the US.

There is shopping, music, and art in Tijuana. And being an American in Mexico for a little while sounds like a nice day trip. If I needed a hotel, I would stay in nearby San Diego because I have my car.

History, culture, and sports are the reasons why I want to visit Toronto. Toronto has a multitude of art museums and galleries that look very interesting. It’s also home to the Canada Walk of Fame, which is more interesting to a Southern Californian than the Hollywood Walk of Fame in Los Angeles.

I would still want to attend a Toronto Raptors game, even though two key players left the team in the summer of 2019. They are the reigning NBA Champions and they still have some great players that I would want to see play live.

The UK is a great place to visit if you love history like me. As a lover of rock music, I want to go on the Beatles Tour in Liverpool. I also want to visit the many amazing places where some of my favorite bands played shows, recorded, and hung out. Wembley Stadium, the Cavern Club, and the Royal Albert Hall are some of the places on my bucket list.

The UK also has a plethora of non-music related historic places including landmarks, castles, and museums. From post-Roman times to the 21st Century, the UK has so much to see. For example, World War II buffs could visit the Churchill War Rooms in London. Or those who are into aviation could visit the Davidstow Airfield & Cornwall At War Museum in Cornwall.

There is so much to do in the UK that you can’t visit everything in a five or seven-day span. Plan carefully and know what you are interested in before traveling overseas.

The United States is a huge country, especially if you include Alaska and Hawaii. That means there is a lot to see without even leaving the country. Here are three domestic destinations that I want to visit:

Music, history, sports, and food mark the streets of Memphis. Some of the reason this lands in the ranks of places I want to visit. There is so much of it all on every corner that it makes me want to visit. I want to go to a Memphis Grizzlies game and eat authentic barbeque. However, music and history are the main reasons why I want to go to Memphis.

There is a slew of blues clubs, street performers, and museums on Beale Street alone. And Graceland (Elvis Presley’s estate and burial site) is one of the biggest attractions in Memphis. The King of Rock n Roll also recorded his first few albums at Sun Studio, whose building is now a museum that I want to go to. Furthermore, the Stax Museum of American Soul Music is there as I wonder what the walls would say if they could talk.

Portland is probably the weirdest venue on the list and that’s exactly the way the locals want it. But its there because there is a lot to do.

As an NBA fan, I would go to a Portland Trail Blazers game. And I would go to as many breweries as possible. Portland is known for their beer, as they have more micro-breweries than any city in the world. Going to Portland could give me a chance to try some brews that are unique to the area.

The city also has art museums and a bustling music scene that seems very interesting. However, its also located in the Willamette Valley, which is the ending location of the Oregon Trail. The trail is significant because it led pioneers to the Portland Area to create a better life for themselves. The descendants of those pioneers created cities in the valley including Portland. Seeing the end of the trail is cool especially as someone who grew up playing the old Oregon Trail computer game with friends in elementary school.

The state of Kentucky does not have a specific city or area on the list because there are many areas that I want to visit. Kentucky is world-famous for the Kentucky Bourbon Trail, which lets you go from distillery to distillery and try different bourbons. There are guided tours of each distillery. But you can decide where to start, travel to, and end on the trail. I would rather decide which distilleries to visit for myself.

Bourbon is my favorite spirit, so getting to see how and where different kinds are made is very interesting.

You can tell a lot about someone’s personality by asking them where they want to travel to. That’s because there are reasons why people want to travel in the first place. Most people do not travel just to say they have been somewhere. They travel for a purpose.

Such purposes are why I collect points and miles. Like returning to places I’ve already been to, traveling to new places I want to visit gives me motivation to keep earning and collecting points and miles. Traveling for free or a discount is the whole point of this blog and this post helps to bring that home.