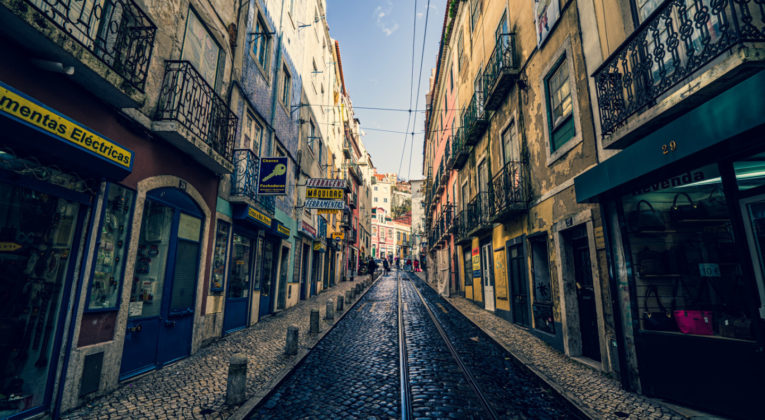 Stumped on where you should set your next travel destination to? Well I have a great suggestion for you!

Lisbon is the capital of Portugal and is quite possibly one of Europe’s smallest and most charming capital cities. The city itself predates London, Rome, and many other European cities by centuries and is the westernmost capital on the European continent. Lisbon was once considered one of Europe’s best kept secrets, often overlooked in favor of cites like Prague, Madrid, London, and many more. However with the explosion of social media, people have begun to realize that San Francisco has a prettier, charming, and affordable European cousin. There’s no denying the striking similarities between the two cities with their hilly cityscapes (both are built on 7 hills), narrow streets, colorful tramways, and of course golden bridges. I’ve had Lisbon near the top of my bucket list for so long and my expectations were so high. I have to say that the city was far exceeded any expectations I had going in. It is quite simply one of Europe’s most photogenic cities in every respect.

A quick note before we get started: I captured all the images below on my Sony A7RIII, so if you like my work, please do think about following me and my adventures on Instagram or on my YouTube Channel.

Here are 5 reasons why you might want to plan a Lisbon vacation for your next trip: 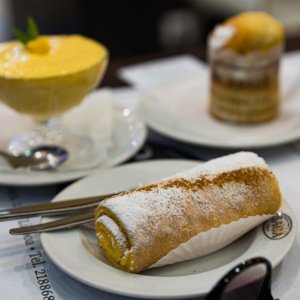 Every single street in Lisbon looks like it is straight out of a mid-century movie scene or novel. The old world charm just oozes here more so than any other European capital I’ve seen. The positioning of the city on 7 hills, just makes all the monuments and landmark structures stand out even more. Lisbon was also left undamaged by both the World Wars so that certainly helped out a bit in preserving the city’s architecture. 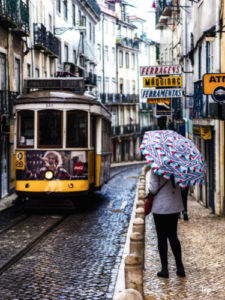 There are over 30 viewpoints (termed miraduaros) of the city which are all open to the public (>95% of which are free). The views from these vantage points are jaw dropping. Here are 3 of my favorite Miradouros: Miradouro da Senhora do Monte (Lady of the Hill)  – there is not an angle of the city you can’t see from this vantage point. Miradouro da Graça – my go to place for sunsets, views of the castle, and the entire Alfama district (Lisbon’s Old Town)

Lisbon is only the 9th most visited city in Southern Europe with 3M visitors annually. For comparison sake Amsterdam sees 6M visitors and Prague sees 8M visitors annually. As such, the number of visitors is well below the likes of similarly sized cities. Walking through the city, you will certainly notice fewer throngs of visitors taking selfies. And regardless of certain view points being crowded, there are so many that you can always find one for yourself. This was Lisbon during the middle of the day during my recent visit.

Lisbon is a very compact city. The airport is just 20 minutes from the city center and most of the city’s attractions are situated within the Alfama district, a 5 block, scenic quarter of the city. Given that, you do need to wear the proper walking shoes in Lisbon though because the city’s old town is full of steep inclines. How else do you expect to get so many different panoramic views? Let me just say ladies that you were warned…. This is a frequent flyer blog, so I have to mention that TAP Portugal makes award seats to the city readily available and even cheap at times. TAP Portugal also has some extremely cheap business class fares out of Scandinavia, London, and Dublin at times with a stopover in Lisbon. This makes Lisbon easy to get to and a comfortable way to enter and leave Europe. I actually have a TAP Portugal flight out of Oslo coming up in a couple of weeks so I will report back on the experience, if my plans don’t change.

If Portugal is your final destination, TAP Portugal flies to Lisbon from Toronto, Boston, Chicago, New York (Newark and JFK), San Francisco, and Washington DC. And award availability is pretty darn good if you can’t trouble yourself to get creative to achieve those cheap business fares. Now I’m showing award space using United.com, but you want to book these award flights using Aeroplan (55k one way) or Lifemiles (63k one way).

Honorable Mention: Lisbon is extremely vegetarian friendly, especially when compared to other cities on the Iberian Peninsula. Even the McDonald’s has an excellent veggie burger 🙂 As you can see there are many reasons to visit Lisbon, so you can’t count on this European city to continue to fly under the radar much longer (not that it is anymore). More people are discovering Portugal as the topmost affordable, yet charming, European destination. So I think you better get going before the market gets too hot. We all know what happened in Iceland, though I doubt Portugal will fizzle out like Iceland did earlier this year.