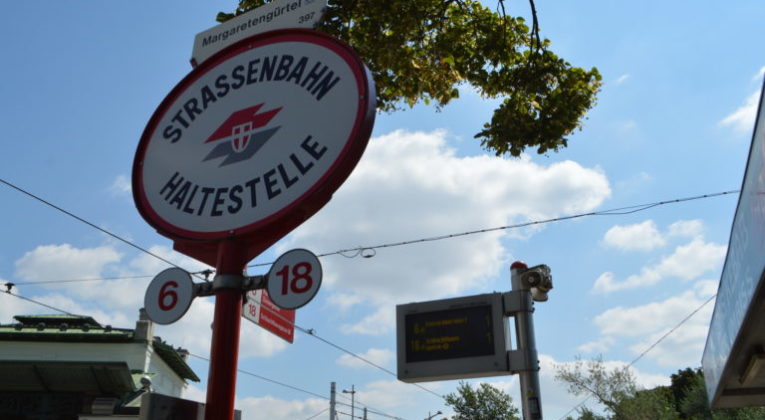 Planning a trip to Vienna? Well you’re going to want a game plan for how to get around. It’s a major city, with numerous museums and attractions spread out across a large area. A Metro pass and plan for where you want to go and what you want to do is advisable for a tourist. The good news is that Vienna public transportation network is user friendly and great for tourists. Day passes for unlimited city travel will likely save you money.

We stared our 2017 Europe trip with three days in Vienna. This was our second time in Vienna in the past few years. Summer heat with temperatures in upper 20s C/80s F revealed a city operating in quite a different mode from our Christmas time visit in December 2016.

Here are 6 traveler observations from our three days and nights in Vienna:

The Vienna public transportation network is great. Day passes will likely save you money.

Vienna Airport transportation – Signs at Vienna Airport for CAT – City Airport Train will lure you to spend €11 one way or €19.00 round trip for a 16 minute train ride to downtown Vienna.

Walk past the CAT ticket counter to the OBB ticket counter (Austrian rail service). Buy a standard train ticket for €4.20 from the airport to reach a train station in Vienna in 21 to 30 minutes. That will also be good for your onward journey on the U-bahn (metro), tram and bus to get you all the way to your hotel destination in the city.

Vienna Metro – a single ticket for travel within the city is €2.40.

Day passes are even better if you plan to do any significant amount of sightseeing and travel around Vienna. You stamp your ticket before first use and put it away for the rest of your trip.

There are additional Metro pass options if you plan to be in the city for more than 3 days.

U-bahn stations are designated with a signpost topped with a blue cube and white U.

Vienna public transportation system is an honor system with no gates or barriers or need to show anyone your ticket. But you better have a valid ticket when the inspectors come on board to check.

Side Note: Years ago when Amsterdam operated a similar honor system for city trams, one time I saw inspectors board a full tram in summer and write out ticket fines for about 50% of the passengers riding without a ticket. Amsterdam now uses a check in and check out system on city trams.

In Vienna, we found our Metro pass essential to reach the places we wanted to be.

U-bahn is amazingly efficient and FAST. Hold on tight if you are not seated.

With six U-bahn lines, U1 to U-6, cris-crossing the city, I got confused a couple of times reading the various U-bahn maps. I ended up transferring to the wrong U-bahn line. There were at least four different map layouts I saw during our time in the city. I photographed an easy-to-read map with my phone for reference.

A guide to Vienna’s U-bahn etiquette.

One of the cool features of the U-4 line are several historic stations built by Vienna architect Otto Wagner. They were built in the 1890s as part of the Wiener Stadtbahn – Vienna City Railway and repurposed into modern U-bahn stations in the 1970s/80s.

U-4 and U-6 lines run along parts of the original 1890s Stadtbahn city railway design of Otto Wagner.

City trams (Strassenbahn) reach areas of Vienna where the U-bahn does not reach.

Vienna is a major city, with numerous museums and attractions spread out across a large area

My observations of Vienna are from the viewpoint of a tourist

Vienna ranks in some surveys as the most livable city in Europe. I see many positive attributes of Vienna that support that high quality of life outlook.

Vienna has a population of about 1.75 million and is the 7th largest city in the European Union. The city is divided into 23 districts. The historic center of Vienna is Innere Stadt district 1 or 1010.

My viewpoint comes from a tourist’s perspective on a hit and run tour of the city for a few days. As a tourist spending a very limited time in the city, I recognize that I am no expert on life in Vienna.  However, I have spent about three months a year traveling around Europe over the past few years as a tourist. I have a seasoned perspective on tourism in many cities across Europe.

Vienna is a city where you can spend days visiting, but I don’t rank it high on my places in Europe to vacation. The city is too large and spread out for my liking. I enjoy cities where I can walk around a central core and easily be entertained by the sights and people. Certainly those attributes are found in Vienna to some extent. There is significant architectural appeal to Innere Stadt, the historic city center. But it seemed to take more effort in Vienna than in many other European cities I’ve visited. On our last trip to Vienna, we spent most of our time in the Innere Stadt walking around the museum quarter, Hofburg Palace and St. Stephen’s Cathedral.

There are plenty of attractions in Vienna. But the places and museums I wanted to see this trip seemed fairly spread out across the city. I had to get around from Schonbrunn Palace to Wiener Riesenrad at Prater to Danube Canal cafes and then over to the Military History Museum.  Fortunately, Vienna has one of the best public transportation systems I have used in Europe.

Our hotel stay was at Star Inn Wien Schonbrunn, about three miles from Innere Stadt. This was the best deal I found for Vienna at 28,000 Choice Privileges points for 3 nights.

Districts in Vienna to Visit

Vienna Würstelstand is an English language website with some useful and irreverently humorous insider insight to Vienna. The Star Inn Schonbrunn hotel is located in Rudolfsheim-Fünfhaus 1150 or District 15, described on the Vienna Würstelstand “Where to Live” city districts map as ‘cheap, students, grungy’.

Wikipedia describes Rudolfsheim-Fünfhaus as the Vienna district with the highest percentage of foreign born residents. Immigrants from Serbia and Montenegro are the dominant ethnic groups.

At 11pm on a Friday night I went out for pizza in the 1150 hood and the streets were happening. Groups of young men and women hanging outside partying on the sidewalk in front of an open small art gallery. Next door a couple of guys were working in a bicycle repair shop. Across the street was a great looking pub with a wall of books and filled with social drinkers. A corner cafe down the street had a couple dozen diners seated at outdoor tables with white table cloths, candles and loads of wine bottles.

Best of all, restaurant prices in the 1150 area were some of the best deals in the city we found for dining. As an example, I paid 5eur for a ham and mushroom pizza at Pizzaria Mafiosi and 2eur for a large bottle of beer. In Meidling, we ate a nice meal of pasta and goulash soup with a couple of beers for 15eur. In the city center we paid 4.90eur for a beer and 8eur for a bland chicken panini sandwich.

Renaissance Wien is also an 1150 address, about 4 minutes walk from where we stayed at Star Hotel Vienna Schonbrunn.

Some of the places we wanted to travel in Vienna are 5 miles apart, like from Schonbrunn Palace, an easy walk from our hotel, to the Danube Canal cafes and Prater amusement park. Fortunately the Vienna public transportation can take you across the city in 20 minutes. Street trams are quite a bit slower due to traffic and lights, but will get you to other places not near a U-bahn station.

In a place like Rome, where we had a metro pass, we ended up spending more money on the pass than if we had just bought single use tickets. It seemed like walking was the best way to see Rome since there was generally something fascinating to see on nearly every block or two of the city streets. I did not feel that way when wandering streets in Vienna without a destination, even when we were in the city center.

We walked areas of Vienna with blocks and blocks of street corridors lined with 6 to 8 story buildings. There were rows of residential housing, businesses, shopping malls and nothing particularly interesting to see. While the Innere Stadt has some beautiful architecture, the temperature hovering around low 30s C, 86-90 F. on city streets in mid-day kept us gravitating to city park green spaces. Lack of air conditioning inside most buildings kept us outside until heat exhaustion and beer tired us out enough to head back to the hotel.

Summer night time is the right time to be outside in Vienna, when the temperature is cool and the street scene even cooler. Unfortunately, I have very few photos to illustrate that highlight of warm weather Viennese life.