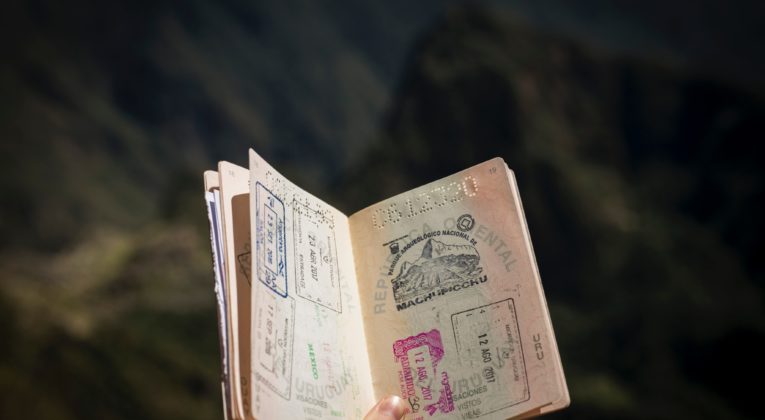 Stressful Travel Day & How to Get a Same Day Passport

It’s a story as old as America itself. A loving family sets out on a long and perilous trek to find the lost city of Atlantis only to discover that one of the family’s passports is expired! I recently found myself in this situation and had to quickly learn how to get a same day passport so we could get ourselves to the beach!

Ok, perhaps not many people run into that exact situation, but many people do need last minute passports for various reasons. Sometimes a baby is born and they forgot to get a passport before the big trip, sometimes people forget about when their passport expires and other times they need a passport for a last minute emergency trip.

A couple of weeks ago my wife, daughter and I flew from Las Vegas to Fort Lauderdale where we stayed for the night before our supposed quick flight down to Nassau. Our tickets to FLL and NAS were booked separately which meant I didn’t need to use her passport to check in for the first flight.

For some reason as we sat eating dinner in Fort Lauderdale I turned to my wife and said, “Your passport expires soon doesn’t it?” To which she said, “I don’t know.” I suddenly got a bad feeling in my stomach and went to check. The news was bad. Her passport had been expired for 10 days! How to Get a Same Day Passport – Springing Into Action!

After getting mad at both my wife and myself for not knowing (and mostly blaming myself considering my profession), I used my experience and went into action. I needed to figure out exactly how to get a same day passport so we could get ourselves to the Bahamas!

Before going to bed, here are the steps I took to ensure we could get the same day passport the next day:

With all of these things done, I went to bed feeling somewhat decent about how things COULD go the next day.

Our Experience Getting A Same Day Passport

The next morning I picked up the rental car and headed to Walgreens to pickup the photo. Next stop: the Passport Agency in Downtown Miami. The agency’s posted hours are 8am-3pm. But we discovered upon arrival at 9:30am that they don’t actually start taking people until after 10am. Island time!

The Passport Agency in Miami has a bit of a strange setup. You check-in on the ground floor in the parking garage and wait there until they are ready to send you up. This area isn’t air conditioned and can get hot. After getting sent up, you wait in another line to show your paperwork to the clerk. They will then give you a number sort of similar to how a DMV often works.

For us the majority of waiting took place downstairs. Once we were in the office, my wife had her number and was called by about 11:30am. Since she had her old passport, no additional identification was needed. She was told by the agent her passport would be ready by 3pm. Unfortunately that wasn’t accurate and my wife didn’t receive her same day passport until 4:30pm! How to Get a Same Day Passport – Takeaways

Here are a few takeaways from the experience:

In the end, getting a same day passport is basically the same as getting a normal passport. While it can take awhile and you do have to have all of your documentation, the process isn’t too difficult. It could just be the difference between making it to the beach and getting left behind.