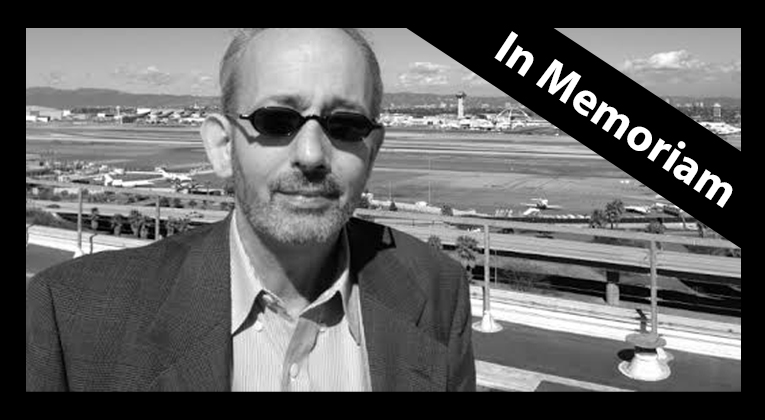 Monday April 2nd was a sad day for the community of frequent flyers. Tim Winship — long a standard voice among those passing along wisdom and as well the sanity of the topic of miles and points — passed away after a long battle with cancer.

Tim is my friend. Let me tell you about him.

I first met up with Tim in the late 1980s when he was working in Singapore Airlines’ North American marketing department. Tim was a California guy and had a MBA in marketing from the University of Southern California (USC). The Singapore Airlines offices were deep in the shadows of LAX and Tim stayed well after dark as I in my pre-iPhone days stumbled around trying to follow directions to his office. I was interested in what Singapore might be doing with frequent flyer programs in the U.S. and Tim had been assigned a project to tie Singapore Airlines up with the young American Airlines AAdvantage program. That evening started a friendship.

Tim got hooked with the miles and points topic there at Singapore and later moved over to the North American offices for All Nippon Airways (ANA), also in the shadows of LAX where he helped them develop both their Goldpass program along with the ANA Mileage Club. Later, he spent time with Hilton Hotels. Yes, Tim was of the industry; but he was also a renaissance sort of guy. In addition to his MBA in marketing from USC, he also earned a BFA in design from California Institute of the Arts and completed several years of grad work in philosophy and symbolic logic at Cal State Los Angeles. Now you know why when asked a question … he would pause first. Yes, Tim was a thinker and that served him well as he transformed his knowledge inside frequent flyer programs to what most of you know him for today.

Add in his wit and humor, he is the real deal.

In 1996, Tim launched as a hobby because of his interest in technology plus his profession of miles and points, a website called theffpsite.org. True to the honesty of Tim, he chose the .org URL because it was at that time totally non-profit. I used to tease him that with a MBA in marketing that the best he could come up with was “theffpsite.org”? It was a running bit of laughter between the two of us as we relied mostly on Compuserve for early messaging — and, of course, your dial telephones at the time. After a while, Tim learned that there was something to this topic of miles and points and changed his URL to .com because he was experimenting with banners and started to earn some revenue. Again, Tim was completely honest because he did not want to betray the intent of a .org with “profit”. I always admired and loved him for that trait which over the years never wavered. In late July 1998, Tim decided to leave his role at Hilton Hotels and go all in on his website. Around that time I got a call from a broker about buying frequentflier.com. I was fairly entrenched with my own online ventures and reached out to Tim and suggested I didn’t have a need for the URL but maybe, just maybe he consider buying it and change out from his theffpsite brand. He did; and in October 1998, he purchased that URL for $500. Heck of a deal and off he went.

Tim’s knowledge of both inside the industry and transformation to being an entrepreneur took hold as he launched his Frequent Flier Crier newsletter and became one of the early voices online and off to help the frequent flyer learn to use miles and points. Over the years, he branched out and became a contributing editor and columnist for SmarterTravel and AirfareWatchdog among others and even contributed to the OAG Frequent Flyer magazine. Always wise and always sound advice and information wherever he wrote.

Tim is (there is no “was” among friends) one of my favorite writers ever. Whether it was his interest in logic and philosophy that made his writing so reasonable, I don’t know; but there were few articles he wrote that I would not put forth as #bestever. I was a talking head, he was a true writer — so much so that he was actually a member of the Society of American Travel Writers. Our friendship continued to grow over the many years. We shared many a Mexican meal around LA where he knew them all — especially those which were Cal-Mex rather than Tex-Mex. It was over tamales at El Cholo that we engaged in an idea that later became a co-authored book — Mileage Pro. I had done a few books under the Official Frequent Flyer Guidebook (OGGF) series and Tim was an author-in-waiting having penned a series of articles for SmarterLiving (now known as SmarterTravel) called Joy of Miles. After turn downs from the Idiot’s Guide people at Macmillan, we eventually found a publisher in Official Airlines Guide (OAG) who had published the earlier popular Frequent Flyer Magazine. We finally got serious in 2004 and the book made its debut in 2005. It was a hit and we both were proud of the effort with authoring alternating chapters and topics. Those were some of our best times. The countless conversations, deadlines, discussions and agreements we made to make that book work. The book seemed to take many by surprise as they thought we were adversaries and here we were co-authoring a book. Never. I am a fan of Tim’s writing and work and never thought of him as anything other than a friend.

He later sold frequentflier.com to Internet Brands and in late 2015 contacted me about blogging on BoardingArea. There’s nothing i would not do for Tim and we immediately found him a home with The Real Deal blog. Later he moved on to also blogging on InsideFlyer.com. Wherever he wrote, he was solid, he was worth reading.

Tim struggled most of his life with being able to walk and relied on a cane to get around. One of my favorite memories of Tim was back in the late 90s. While his FrequentFlier website was doing well, he was still looking for other opportunities; so he came out to the House of Miles in Colorado Springs to interview for an editor’s job with InsideFlyer magazine. At the time, our company car was a Corvette and I had Karen Heldt on our staff go pick him up at the local airport. I had forgotten that Tim had difficulty getting around; and Karen had a heck of a time getting him into the Corvette. She must have given him quite the ride because all day long he had grin on his face that never left; and when we were done, he asked me if we could take him back to the airport in the Corvette. For a friend that I thought had a conservative side, he seemed to love a wild ride.

Now you know a little more about Tim Winship. He is one of the early ones who helped shaped conversations around the frequent flyer. He supported travelers by being a spokesperson; he helped make them more knowledgeable by his writing and advice; and he will long be remembered by all who ever came in contact with him. And for nearly 30 years he’s been a part of my life.

Tim was devoted to his readers. On Monday April 2nd, he posted his last blog post on InsideFlyer.com at 4:16 pm. Hours later, he would pass away. In an ode to Tim from the movie Up In The Air — “Tonight, most people will be welcomed home by jumping dogs and sqealing kids. Their spouses will ask about their day, and tonight they will sleep. The stars will wheel forth from their daytime hiding places, and one of those lights slightly brighter than the rest will be Tim’s wingtip passing over.”

Tears for my friend Tim Winship. Tears for his family. We lost a good one.