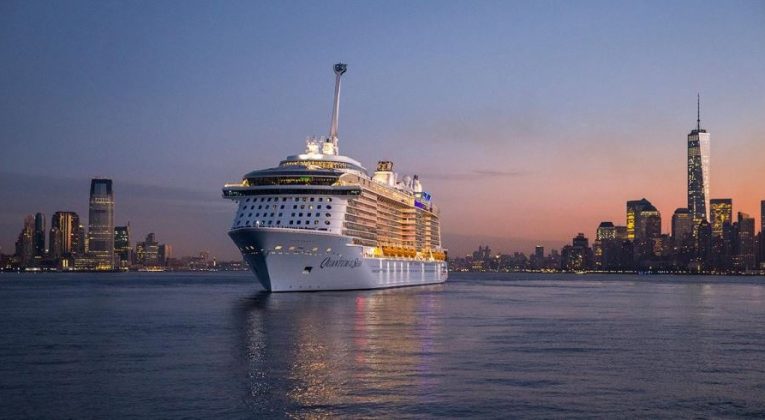 Royal Caribbean announced its quarterly earnings today and, overall, they believe that things are looking good*. Pricing remains strong and the company exceeded Wall Street’s earnings expectations. Management spent much of the conference call talking about its “double-double” program. That sounds like a hamburger option at Burger King, but it’s actually the name of the company’s financial plan. In 2014, the company announced the goal of doubling both earnings and return on invested capital (ROIC), a measure of how well it uses its capital, by the end of 2017. So how are they doing? 2014 earnings were $3.43 per share, while Wall Street is estimating 2017 to come in at $6.79. They look pretty close.

Given the stock’s 30% decline since the beginning of the year, you could be forgiven for assuming that Royal Caribbean is struggling. But the company’s report today might indicate otherwise. Not only did the company’s earnings come in well above Wall Street’s expectations but it also did so with impressive pricing. Net yields (all-in pricing, including onboard spending) were up 3% and they noted that next year looks good, as well. Management said that 2017 capacity has a higher booked occupancy rate (the cruise equivalent of airlines’ load factors) than 2016 did at this point last year and, in many markets, prices are up, as well. The pricing comment is particularly interesting. In most years, management is happy if it can fill cabins at the same prices, with the intention of raising prices later. We saw that take effect this year, as last-minute North American bookings pushed the company over the top.

Certainly not. There are a number of weak spots remaining. Royal Caribbean had to take a charge due to the delay of Empress Of The Seas, while foreign currency will work against them going forward. The decline of the British Pound from Brexit certainly did not help for cruises booked in that currency. And finally, China represents a pricing challenge. Capacity is growing so fast in China that it is impossible to keep pricing strong. If you build it, they will come, but how many of them will come? Right now, it’s a market share game.

If you haven’t been on a cruise, try it. You’ll like it.

*As is always the case with these posts, it is for informational purposes, only. Nothing here should be taken as advice to buy, sell or trade any stock.