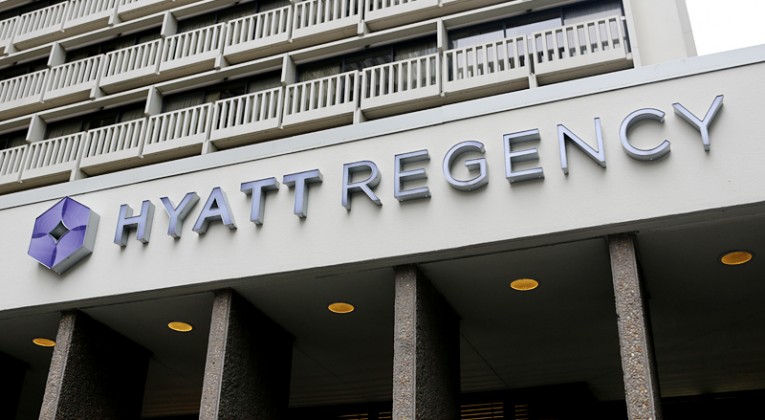 As you may already be aware by the blizzard of articles posted at weblogs in the frequent traveler universe, Hyatt changes its loyalty program — and there has been little praise, as many believe the news is bad, for the most part.

Matthew Klint — who has contributed to InsideFlyer in the past — broke the news this morning with this article at Pen and Passport pertaining to the changes of the frequent guest loyalty program of Hyatt, which ironically will no longer be called Gold Passport. Moving forward, the frequent guest loyalty program will be known as World of Hyatt. “In addition to a new program name, Hyatt will also change the way in which you qualify for status and the benefits of being a member. Not surprisingly, these changes will draw a mixed reaction from Hyatt loyalists.”

On a positive note, “There are many more details to come and get clarification on but so far this new loyalty program looks outstanding, especially for those that have elite status with Hyatt and stay upwards of 60 nights!” according to this article written by Melinda Danielsen — who is also a contributor to InsideFlyer — of Magic of Miles. “Although it won’t be all roses for those in the mid-tier I am relieved that they aren’t gutting their program, and in fact even adding on some new benefits.”

Jeff Zidell — who is vice president at Hyatt Hotels Corporation in charge of the Gold Passport frequent guest loyalty program and is known as InsideFlyer member J Zidell VP Hyatt as one of the official representatives of Hyatt on InsideFlyer — posted this message moments ago:

Simply put, World of Hyatt is a celebration of you and your journey. Beyond just great locations, luxurious rooms and top-notch amenities — it’s about connecting you to the people, places and stories at the heart of your world.

We designed the program for you. We heard what makes your experiences better and more meaningful – and we tailored World of Hyatt to meet those needs, so you can expect the exceptional.

Learn all about the new program, including the new Program Terms and details for when and how your Hyatt Gold Passport membership will transition to World of Hyatt at hyatt.com/world.

I hope you’re as excited about World of Hyatt as I am.

I would post the details of the new program here — except that the link to the official Internet web site of the changes is broken at the time this article was written.

The official video of World of Hyatt does little to give any further details or information on the upcoming changes.

The news is not so important for me to post immediately what others have already posted, as the changes for qualification will not occur until Wednesday, March 1, 2017. Although I am confident that my colleagues who have already reported on this news in detail have posted mostly factual information, I prefer to get my information from a source and in writing — if at all possible — for the sake of accuracy…

…but one problem which loyal members of the Gold Passport frequent guest loyalty program have faced today is the anxiety associated with both the released details of World of Hyatt — as well as the uncertainly with the way the information has been released. Perhaps there was an unwanted leak this time for which Hyatt was not prepared; and the team had to scramble to get the official word out in public?

That the aforementioned link was broken at the time this article was written did not help the situation any. Once that link is fixed — and once members of the forums of InsideFlyer post their thoughts — a future article pertaining to the changes should appear at InsideFlyer, whether the article is written by me or by one of my colleagues.

Hyatt has been known in the past to break news well in advance — no exception in this news, for which they should be commended — but the way news in the past was released was typically organized and clear to the members of Gold Passport, as it has arguably been the best in the industry in terms of how news was released pertaining to changes and information of its frequent guest loyalty program.

The way the news was released this time left a lot to be desired, as it was poorly organized; and I hope that this is not indicative of the new World of Hyatt program in the future.

In the meantime, if you wish to opine on the changes once the link is active, please either leave a comment below or join in on this discussion or this discussion pertaining to Hyatt Going Revenue Based With Its Loyalty Program!