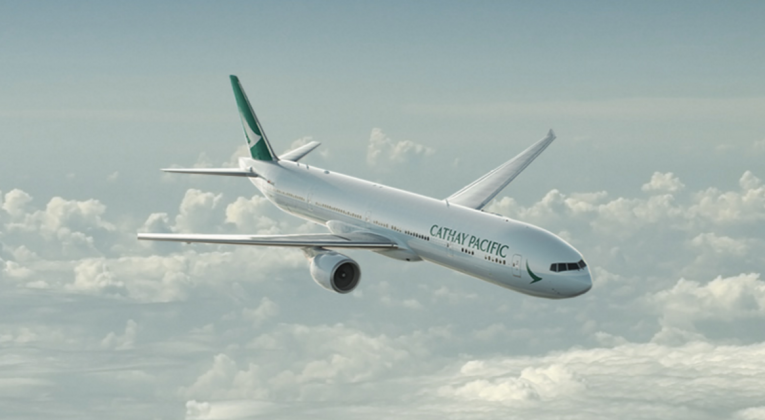 One of the first thing that novices in the mileage “game” learn is that nothing is free. I don’t care how many magazine articles, talk shows or blog posts you read or watch. It’s simply not as easy as just applying for a few credit cards and watching the miles roll in. There is spending to achieve, credit card fees to pay and airline surcharges (I’m looking at you BA.).

Once you do earn the miles, though, it’s a lot of fun to look for that dream flight. And there are worse ways to spend a couple of hundred thousand miles than first class on Cathay Pacific. I recently flew from Honk Kong to JFK in Cathay F. It left Hong Kong in the late afternoon and arrived at JFK 16 hours later.

Booking The Flight on Cathay Pacific

After a massive AA devaluation, the roundtrip flight will run you 220,000 miles, up from the previous level of 135,000. Ouch. You’ll also need to call to book. I’d look for space before calling by poking around on the British Airways or Qantas site. Cathay often holds F award space until the last minute, so you may be able to get that seat right before the flight. Otherwise, business is still a great alternative and usually has plenty of availability.

After checking in at your exclusive area, you’ll head straight through security and to the lounge. If you have time, I’d bypass “The Wing” at Gate 2 and take the ten minute walk to Gate 63 for the new lounge, “The Pier.” You’ll have access to massages, day rooms and other amenities. There is a sit-down restaurant, although the business class lounge at Gate 65 has more food options.. The Pier is definitely the place to go to relax, however.

I had barely made it to my seat before my flight attendant came over to introduce herself. She stopped by later with a drink and snacks. One thing I noticed immediately: In the business section, there is no room at your feet to store a back for takeoff and landing. It has to go above. First class didn’t have such problems.

The seats were large and comfortable, with about three feet of width and an eight foot pitch. There were lights over both shoulders and above your head, with plenty of storage space for reading materials. The seat was a bit fussy when it came to adjustments, but the flight attendant got it working. My seat was 1K, which was close to the galley, but the noise never bothered me. I received a nice Aesop amenity kit, comforter and pretty much anything else I asked for.

As is normally the case in long-haul F, they never stopped bringing food. Having eaten dinner in the lounge, I was not particularly hungry on the flight. I hadn’t chosen my meal ahead of time, so my flight attendant offered to let me pick something and she would set it aside for me, but I never did have dinner. Breakfast consisted of yogurt, fruit, eggs, rolls and other goodies. The food was good for a flight, which means that it would have been adequate in a restaurant. They also delivered personal snack baskets to our seats. I’m always in favor of some mid-flight Toblerone. Needless to say, the choices of alcohol were top-notch.

I guess I can’t blame Cathay for their lousy movie options, since the past few months have not had a lot of great ones. There were selections of both new and classic movies in English and Chinese, as well as TV shows, music and plenty of kids’ shows. Each seat had a TV with what appeared to be a 13″ screen and an intuitive remote. Still, there were over 100 movies, so it’s hard to say that there was nothing to watch, as I faded in and out of “Harry Potter And The Goblet Of Fire.*”

This is the area where Cathay shines. The word “no” was not in the flight attendants’ vocabulary and they couldn’t seem to do enough to help. Unlike some airlines, they actually responded to the flight attendant call button and wanted you to use it if you needed anything. Their service seemed effortless.

For many people, a first class flight on an premium airline is a once in a lifetime occurrence. Hopefully, you will accumulate the miles that will allow you to repeat such a trip.

*Harry Potter book four spoiler: While most of the students and teachers mocked Divination and Professor Trelawney, the subject proved to be more useful than we gave it credit for. At the beginning of The Goblet Of Fire, when Harry and Ron were goofing off in Divination, they fabricated predictions, including that Harry was in danger of burns, would lose a treasured possession, would be betrayed by a friend and come off worse in a fight.

Excellent service, great lounges, good entertainment and food choices. Name the feature and it probably falls into the "pro" column.

These tickets are expensive, whether it's in cash or miles.

There are few better uses of miles than an 8,000 mile trip in first class on Cathay Pacific. It's not cheap, but it's a heck of an experience.