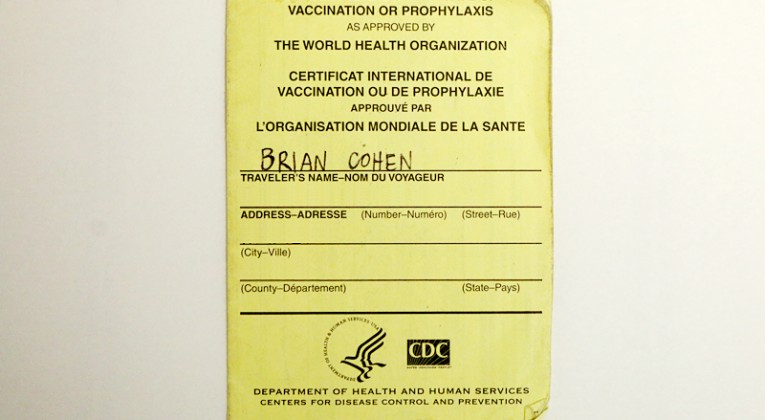 Angola is experiencing its first epidemic of yellow fever in approximately 30 years; and at least 1,562 suspected and confirmed cases — including 225 deaths — have been reported in at least six of the 18 provinces in the country due to the ongoing outbreak, which was first reported in the capital city of Luanda in December of 2015.

Worst Yellow Fever Outbreak in 30 Years for Angola: Could You Be Affected?

“Such outbreaks usually occur in tropical rainforests,” explained Sergio Yactayo — who is an advisor on epidemic diseases at the World Health Organization — in this article. “With the majority of cases reported in the capital city Luanda, the situation is more dangerous and difficult to contain because the disease can spread easily from one person to another. We are already seeing cases spread to a number of provinces outside Luanda.”

The Ministry of Health in Angola is working with the World Health Organization, United Nations International Children’s Emergency Fund, Centers for Disease Control and Prevention, CORE Group, Médicins Sans Frontières, Medicos del Mundo, the National Red Cross of Angola, local community based organizations, and approximately 65 experts in epidemiology, vector control, community engagement and other areas to control the outbreak in the affected provinces throughout the country. They have been conducting an emergency vaccination campaign in Luanda Province where — since early February — approximately 5.7 million people have been vaccinated as of Thursday, March 24, 2016 with vaccines from the emergency stockpile of the International Coordination Group.

Angola is one of 34 countries in Africa where yellow fever occurs; and vaccination against the disease is recommended.

What is Yellow Fever?

Yellow fever is a disease transmitted by mosquitoes infected with the virus, with Aedes aegypti – the same mosquito that spreads the Zika virus — being the most common species.

Symptoms of yellow fever — which can take between three to six days to develop — include fever, chills, headache, backache, muscle aches and pain, nausea, vomiting, and fatigue. Approximately 15 percent of people who contract yellow fever develop serious illness which can lead to bleeding, shock, organ failure — and sometimes death.

A small percentage of infected people experience a second — yet more severe — phase of illness which includes high fever, jaundice and internal bleeding. At least half of severely affected patients who do not receive treatment die within ten to 14 days.

What You Should Do to Protect Yourself

With the spread of the outbreak to other provinces in Angola — as well as increasing numbers of imported cases reported by other countries in Africa — the World Health Organization requests prioritizing vaccination of people who are at highest risk; and the organization is in discussion with manufacturers and partners to divert shipments of vaccines for national routine immunization programs until the emergency stockpile is replenished.

In the meantime, you can protect yourself from yellow fever by getting the yellow fever vaccine and preventing mosquito bites. The following advice — complete with links — is from the Centers for Disease Control and Prevention.

Get the Yellow Fever Vaccine

While the situation is not dire enough to warrant avoiding nonessential travel to Angola altogether, significant caution needs to be exercised — especially as cases of yellow fever have been exported by travelers during the current outbreak to countries which include China, Democratic Republic of Congo and Kenya; and Namibia and Zambia are on high alert for imported cases.

If you plan on traveling to Africa, you should consider getting your yellow fever vaccine as a precautionary measure. The total cost of a yellow fever vaccine can typically range from $150.00 to $350.00 depending on where you go; so shop around for the best price — and the signed and stamped International Certificate of Vaccination or Prophylaxis is valid for ten years.