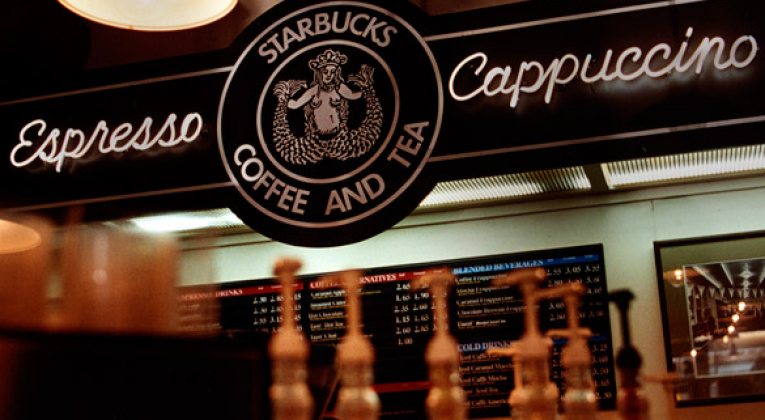 You know things are bad when Starbucks Rewards starts to take its loyalty program cues from the airlines.

When the major airlines launched their frequent flyer programs in the early 80s, nobody dreamed just how big they’d be. At the time, they were little more than gimmicks, built on programs from the previous decades that gave promotional rewards to frequent travelers. Today, of course, loyalty programs generate hundreds of millions of dollars for airlines, hotels and coffee companies.

As you may have read, Starbucks announced changes to its rewards program, Starbucks Rewards, today. Starting in April, you will earn “stars,” the coffee giant’s equivalent of miles, based on the number of dollars that you spend, rather than the number of purchases you make. Currently, you earn stars for every purchase that you made, with twelve stars getting you a free item. Now, in response “to the #1 request we heard from members,” you will earn two stars per dollar spent, with 125 stars ($62.50 in spend) getting you a freebie.

Based on the required spend, the new version of Starbucks Rewards will benefit you if your average purchase is greater than $5.21 ($62.50/12), not counting those who split up their orders to earn multiple stars. That hurts the customer who goes in to buy only a drip coffee on a daily basis.

What It Says about Airline Programs

Starbucks’ changes won’t, of course, change the way that the airlines do things, but they do show a worrisome trend: dollar-based rewards. With American moving to a dollar-based earning system this year, all four major US airlines are now working on a system where you earn miles based on how much you spend, rather than how far you fly.

But is that where it’s going to stop? My guess is that the majors will end up following their low-cost brethren (and, apparently, Starbucks) and move to a dollar-based rewards program, as well. After all, the newest iteration of Rapid Rewards and JetBlue’s TrueBlue all base the cost of your reward on the underlying ticket price. And while the hotels don’t exactly go that far, there are so many different categories that they might as well.

I believe that we saw the canary in the coal mine last year when Delta removed the award charts. It’s not as if there aren’t standard award prices, it’s just that you now have to search flight by flight to find the one that you want, just as you would do if you were paying for a ticket with cash. Meanwhile, pay with miles is becoming more common, valuing your miles toward the price of the ticket at a whopping penny per mile or so.

My guess, and this is strictly a guess, is that, sometime in 2017, you’re going to be receiving an email from one of the airlines (quickly followed by all the others) saying, “Great news! We’ve listened to you, and you can now book any seat on any flight using your miles! Starting in 2018…” It will then base the cost in miles on the underlying price of the ticket, valuing your miles at a penny or two each. Want that business class ticket to Europe? It will no longer cost you 50,000 miles each way. Nope, now the $2,000 flight will cost you 100,000 miles each way (at two cents per mile) but, the $2,700 flight, which may have previously been in the same redemption category, will cost you 135,000 miles.

There’s a certain joy to having hundreds of thousands, or even millions, of miles in your bank but, unlike your savings account, your mileage bank doesn’t earn interest. Spend ’em as you get ’em, or you could be faced with a Grande devaluation.