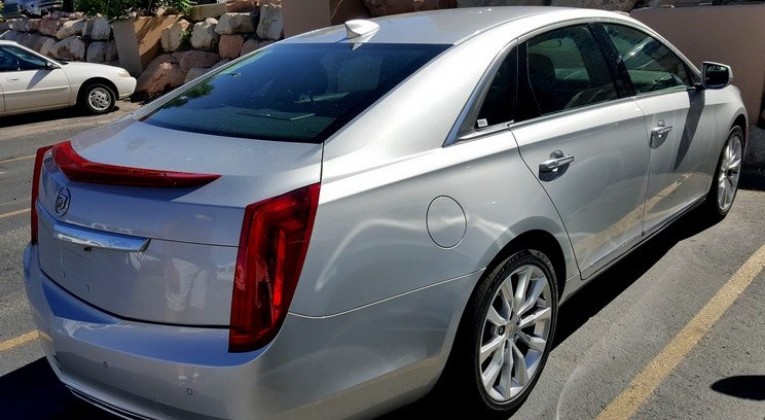 I recently took a weekend trip to Salt Lake City with a couple of friends to hike in the mountains and enjoy the fresh air. It was a tightly scheduled trip which meant a late Friday arrival and not much time to catch our flights on Sunday evening. I booked the car rental through Costco Travel since their contract with Budget includes a second driver. On arrival we checked-in, added my friend’s name and were assured by the agent that the price quoted by Costco was correct. We were even blown away to find out we had been upgraded to a Cadillac. Not bad for a $64 weekend rental.

Unfortunately, the news wasn’t all good. When we returned on Sunday night, I was handed a receipt for $109.14. Budget had charged us $17.99 per day plus taxes and fees for an extra driver. While I don’t understand why the original agent confirmed the incorrect price with me, it was clearly a mistake. Thankfully over the years I have learned a few tricks that are very effective in getting situations like this resolved as quickly and painlessly as possible.

Step 1 – Talk to the Manager

It is always best to try and solve things locally whenever possible. In Salt Lake City I asked for a manager and was told he had left for the night. The desk agent did take my information and tell me he would call the next day. I generally find that the manager will work with you to resolve the issue if you are dealing with a reputable rental company.

Step 2 – Reach out to Corporate (If Applicable)

If the manager locally isn’t able or willing to help, then don’t be afraid to escalate the issue. You can always call in and speak to a corporate supervisor, but I find that social media is often the most effective way to reach someone who can help. Almost all of the major car rental companies have an empowered social media team who can generally get your case in front of someone who can help.

This doesn’t always work, but if you booked through a reputable travel agent or company, then they may be able to help. Booking agents generally have a close working relationship with the car rental companies and are often able to get you in contact with someone who can help. After all, they sold you the car and they have a vested interest in making sure the correct price is honored.

If you have a confirmed price in writing such as I did and none of the above methods work, then don’t be afraid to dispute the charge with your credit card company. They may ask you to provide the evidence, but you shouldn’t have to pay more than you were quoted.

While the above steps will help you in situations such as mine where you are legitimately overcharged, it is also important to be proactive as a consumer. Some car rental agencies quote and charge fees in a way that may be legal, but isn’t quite straightforward. Make sure to read about the company’s policies so you don’t end up paying more than you expected. If you don’t have something in writing stating that a fee is waived, then don’t expect it to be. Most of the complaints I see about car rental companies relate back to people not understanding fees & policies.

In the Salt Lake City example, I was able to get everything resolved by moving on to step 2. When the manager hadn’t contacted me two days later, I simply tweeted Budget’s social media team and the issue was resolved within 24 hours. Companies are going to make mistakes and issues will arise, especially within the realm of travel. Thankfully, if you are a proactive consumer and follow through, it generally isn’t difficult to make sure you pay the price that you were originally quoted.