CHICAGO (March 3, 2013) – Today was a joyous day for many around the world as United loyalists celebrated the first anniversary of the birth of the new United, the World’s Leading Airline. Among the most noteworthy celebrations included the following:

Dozens of United frequent flyers gathered for a weekend-long feast in Austin, a BBQ and beer fete intended to celebrate the bounty of great travels brought forth by the merged airline;

United’s faithful European partner, Lufthansa, graciously served a wonderful complimentary dinner and champagne at a gathering in its Senator Lounge at Washington Dulles Airport; and

A formerly skeptical pre-merger United flyer distributed sweet confectionaries and gave greetings of encouragement to subsidiary United and subsidiary Continental employees throughout the United system, including the Denver and Houston hubs.

Although the anniversary celebrations took on many forms, effusive adoration for United and the dear respected Supreme Leader (d.r.S.L.) Jeff Smisek featured prominently at every gathering. The merger has indisputably shown that the d.r.S.L. is the Lodestar of commercial aviation, a visionary with perfect clarity of foresight, and one of the greatest men who has ever lived. He has molded United into the best airline in the world, with faithful, skilled co-workers, a formidable fleet, and a route network no airline can hope to equal. All United Loyalists reaffirm their continued allegiance to the d.r.S.L., and eagerly await their next trips on the World’s Leading Airline.

With every flight I take, the world becomes a smaller place.

In the words of the esteemed Judge Chamberlain Haller: 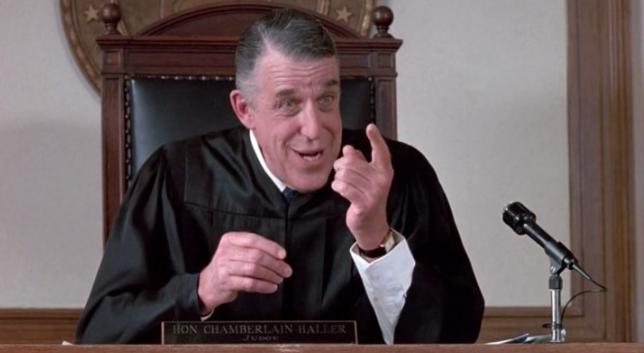 Are you on drugs?

And then everyone flew home and everyone was upgraded on United's shiny new 787s.:(

Forbidden in the celebrations was the mentioning of the world's most "technically advanced airplane in the history of civil aviation" that was hailed as befitting the World's Leading Airline(TM)...

Not April 1 - was this published in The Onion and you forgot to attribute it?

estnet wrote: Not April 1 - was this published in The Onion and you forgot to attribute it?

It's March 3rd, and if any news source warrants an attribution, it would be KCNA. 😉

With every flight I take, the world becomes a smaller place.

Ah yes, Lufthansa's famed "today is the day of the week that ends with 'y' service." You forgot the part where not to be out-done UA made sure to invite everyone for light hors d'oeurves and heavy drinking in the newly refinished Terminal C.

The teaser on the front page for this thread was "[SIZE=5]United Loyalists Gather to . . . [/SIZE]"

I figured the full title would have been something like "United Loyalists Gather to mourn the passing one year ago of a great airline."

...and all this time I thought MilePoint was interesting. yawn.

worldwidedreamer wrote: ...and all this time I thought MilePoint was interesting. yawn.

But is it art?

Sent from a place using a fruit thing.

My line and dot memory. (Each unique vector only listed once)

That was my thought as well!

"One part of knowledge consists in being ignorant of such things that are not worthy of being known."-Crates

Okay! You had me there for a moment. I was thinking that I missed out on a LAX DO.. Safe Travels

April Fool's Day is next month.

"I have to be careful not to preach. I can't pretend that I can teach."

To paraphrase "When Harry Met Sally" -- I'll have what he's having.

Clearly, United under the d.r.S.L. is well on the way to juche and has inspired their customers with an ardent love for their airline.