@about-again-2 So we forgot, my memory plays tricks on me, but I never forget payday for me and my son.

Always invest in your future, get your kids a good job...

@about-again-2no way, they deserve everything they take...

And they both lookout for the kids making sure they get a piece of the pie also...

Bidens press manager got a little smart with a member of the press today, so someone got mouthy back....

Is the press shutting Biden down 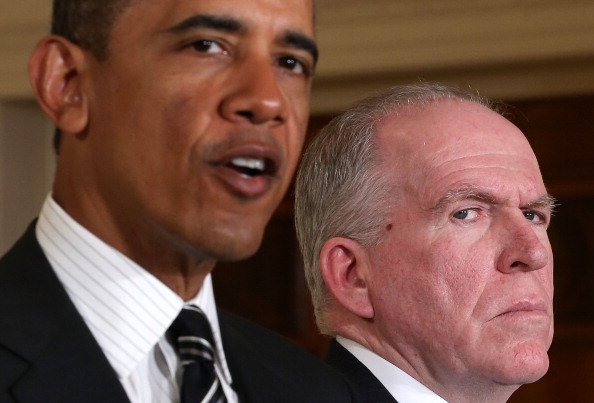 There is Something Really Wrong With The Democrats....... They ARe Evil

Get the latest BPR news delivered free to your inbox daily.SIGN UP HERE.

Colorado Gov. Jared Polis issued the executive order that led to the release of a man from prison who is now accused of murder.

Less than a month after being released early from his seven-year sentence due to the coronavirus pandemic, Cornelius Haney was arrested again after allegedly killing a 21-year-old Heather Perry in Denver. 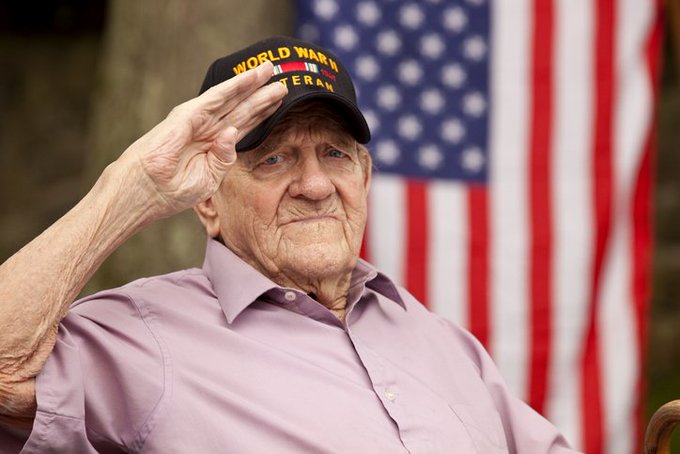 Voter fraud is real in America!

According to the Heritage Foundation's Election Fraud database, there have been 1285 cases and 1110 convictions for voter fraud over past few years.  Yet Nancy Pelosi and the Democrats want to REQUIRE vote-by-mail everywhere in the country in November's election.

The Democrats are coming to the realization they cannot defeat our President in a fair fight so they are pulling out all the stops in an effort to gain an advantage and put progressives and bureaucrats back in charge of our country. 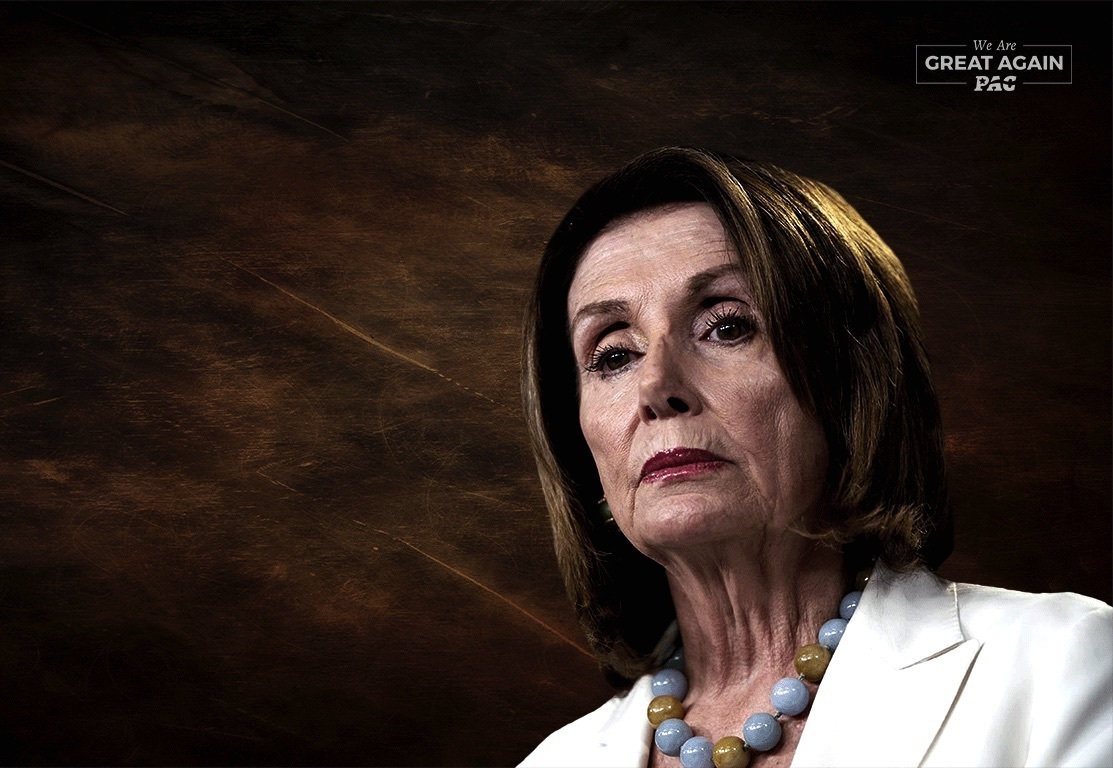 Pelosi is pushing for nationwide vote-by-mail in her new Coronavirus relief bill. She wants to nationalize the 2020 election.

Fraud has been proven to run rampant in mail-in-voting. In her bill there would be no voter ID requirements and democrat operatives would be allowed to collect and deliver ballots.

We must continue to fight against the Democrats attempt to re-shape America with their "new normal."

Thank you for your continued support,

Chairman, We Are Great Again PAC

Get the latest BPR news delivered free to your inbox daily. SIGN UP HERE.

According to the Washington Post, the lawmaker, Andriy Derkach, played the audio recordings at the press conference, noting they amounted to “a new broadside against the presumptive Democratic nominee for U.S. president.”

The paper went on to report that Derkach allegedly has past links to Russian intelligence services and that he claimed that the audio recordings were made by Poroshenko. The Post said that the audio clips were “edited fragments of phone conversations between Biden and Poroshenko,” but notably did not dispute their validity.

The Post then declared that the recordings “shed relatively little new light on Biden’s actions in Ukraine,” which were a matter of intense debate last year.

However, there is a passage in one of the recordings that is noteworthy because it appears to directly reference the crux of last year’s debate: That Biden, as vice president, demanded a ‘quid pro quo’ from Poroshenko to fire the state’s lead prosecutor, Victor Shokin, who at the time was investigating alleged corruption involving Ukrainian energy firm Burisma, where Hunter Biden was a board member.

Biden bragged to an audience at a 2018 Council on Foreign Relations event that he strong-armed Poroshenko in March 2016 by threatening to withhold $1 billion in aid to the country if Shokin wasn’t fired.

“Well, son of a b**ch, he got fired. And they put in place someone who was solid at the time,” he added.

It should be noted that, at the time, the Ukrainian government was battling Russian-backed rebels in the country’s east.

I have some positive and negative news. I will start with positive news. … Yesterday, I met with the General Prosecutor Shokin. And despite the fact that we didn’t have any corruption charges, we don’t have any information about him doing something wrong, I specifically asked him – no, it was a day before yesterday – I specifically asked him to resign … as his position as a state person. And despite of the fact that he has a support in the power and as a finish of meeting with him, he promised me to give me the statement on resignation. And one hour ago he bring me the written statement of his resignation. And this is my second step for keeping my promises.

Last year, USA Today reported that, according to former officials in the Obama administration along with an anti-corruption advocate in Ukraine, Biden was pushing for Shokin to be fired because “Shokin wasn’t pursuing corruption among the country’s politicians.”

Meanwhile, the Post referenced an alleged scandal that “erupted under [Shokin’s] watch in which prosecutors were found with bags of diamonds and stashes of cash” while Shokin “lashed with two young prosecutors whom Western officials hoped would clean up what has long been a corrupt office.”

That said, George Kent, the deputy assistant secretary of state for Eurasian and European affairs, told Congress in October he was concerned about corruption involving Burisma while Hunter Biden was a board member.

Also, Rudy Giuliani, President Trump’s personal lawyer, recalled in December he moved to oust former U.S. Ambassador to Ukraine Marie Yovanovitch, appointed by Obama, because he claimed she was corrupt and was not acting in the Trump administration’s policy interests in the East European country.

Reports last week confirmed what Giuliani suspected — that Yovanovitch had not been completely honest about her dealings with Ukrainian officials and Burisma while she was ambassador and Hunter Biden was on the board of the firm.

As to the Joe Biden-Poroshenko phone calls, Donald Trump Jr. highlighted another portion of the audio in which the two men are discussing what certainly appears to be the suspected ‘quid pro quo’ — money in exchange for a fired prosecutor:

THEN-UKRAINIAN PRESIDENT PETRO POROSHENKO: Very well indeed, as usual, when I hear your voice. Thank you very much.

BIDEN: Well you are doing very well, congratulations on getting the new Prosecutor General. I know there is a lot more that has to be done, but I really, I really think that’s, I think that’s good. And I understand you’re working with Rada in the coming days on a number of additional laws to secure the IMF. But congratulations on installing the new Prosecutor General, it’s going to be critical for him to work quickly to repair the damage Shokin did. And I’m a man of my word and now that the new Prosecutor General is in place, we’re ready to forward to signing that new $1 billion loan guarantee. And I don’t know how you want to go about that. I’m not going to be able to get to Kyiv anytime soon, I mean, next month or so. And, and I don’t know whether you could either sign it with our ambassador or if you came here, we could sign or if you want, we’re inviting Groysman here later. I’m going to be talking to him later this morning, not for that purpose, we’re inviting him to Washington and so I’ll leave it up to you as to how you want that done and when you want it done.

POROSHENKO: First of all, thank you very much indeed for these words of support. Believe me, that it was a very tough challenge and a very difficult job and Mrs. Tymoshenko and Mr. Lyashko fraction tried to break this because we not only voted for the new Prosecutor General, which we do in a very short period of time, within one day we changed the law. By the way, in this law we are presenting the set, the new structure of the General Prosecutor’s Office, including the General Inspection as we agreed with you. And the second thing, I immediately invited Lutsenko and said that he should contact your embassy and I would be very pleased if you will have certain person, who can come either from Washington or whatever. We have here – I don’t remember his name – the Ukrainian origin American prosecutor. He is a little bit old. I sent to the Jeffrey his name, and he was ready to come and to be assistant and adviser. He has a very good experience in the American system and he can be the person of trust within new prosecution system. I think this is exactly the right time to do that. And if he’s still ready to come and to cooperate from the very first step, from the very first minute of the new Prosecutor, that is exactly what I’m looking for.

BIDEN: Well, let me, let me get in contact with the Justice Department and pursue that. I’ll get his name and let me find out where that is, because it is in our interest, obviously, to provide professional assistance as quick as we can. So this gets up and started it in the right direction. So, I will move on that as soon as we hang up. I’ll put that in train and I’ll get back to you as to what we are, what I am able to do.

POROSHENKO: Absolutely. Second, thank you very much indeed, this is exactly what I am looking for. The second thing is that I want to thank you that you give me your word that immediately when we change the legislation and I appoint the new Prosecutor General, and it would be Yuriy Lutsenko as we agreed on our previous meeting in Washington and when it happen, we can have this loan guarantee and thank you very much… 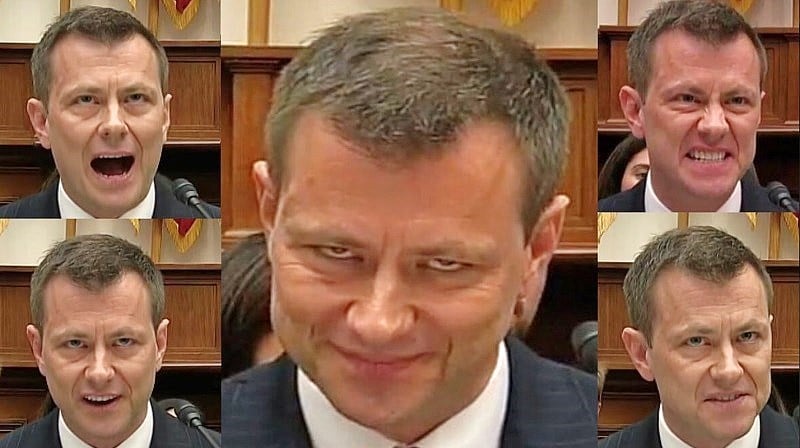 Latest Post: Scott Kirby with yet another whopper: cozying up to investor$ says “social distancing doesn’t work on airplanes” of course it does Our newest member: kotifield Recent Posts Unread Posts Tags