The Swamp has been trying to reverse the election since Trump,  won, and that is both sides...

Lot of Swamp Monster,  out there, sucking blood,

Over 90 members of the House have motioned to condemn and censure Rep. Adam Schiff.

Because of concerned American patriots like you, Congress is waking up to the Schiff corruption.

We've flooded their offices with petitions and phone calls demanding action be taken against his smear campaign of hateful lies that have split our nation in two.

We're leading the charge, but we need to continue this amazing momentum. Will you demand Congress call for Adam Schiff's formal resignation? 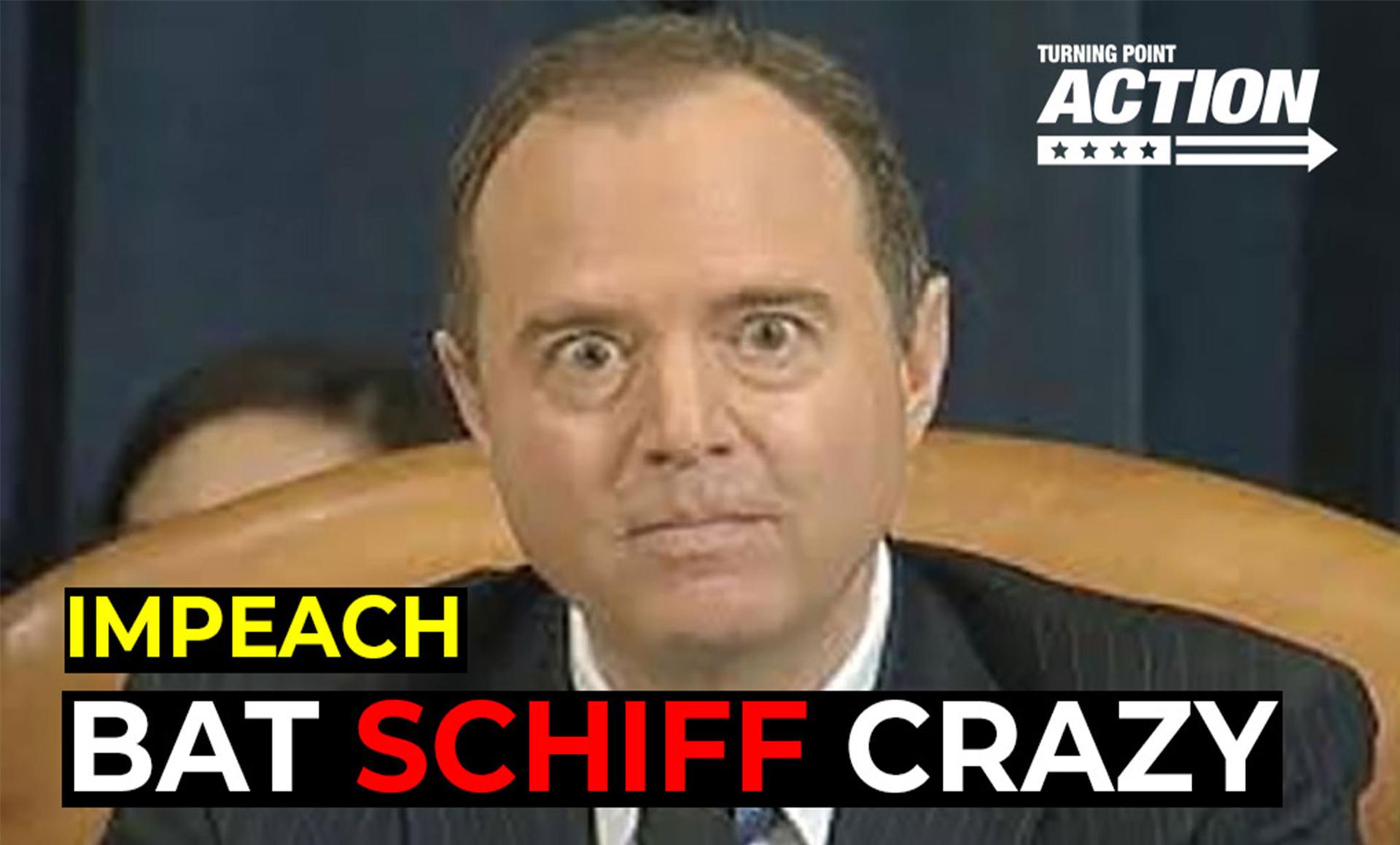 I want Maxine Waters, she needs to be The Loudest Voice in the Room,

The goalposts keep changing in the Democrats’ “who needs rules or reality” impeachment probe. Now, after weeks of screaming about the importance of the Ukraine whistleblower and what he has to say, Rep. Adam Schiff (D-CA) is saying it “might not be necessary” to have him testify before Congress after all. Notice the “Face the Nation” interviewer, even gives him the set-up question, asking if they really needed to have the whistleblower testify.

First, Schiff claims, falsely, that President Donald Trump made death threats against the whistleblower, that before that they were going to have the whistleblower testify, but now they were reconsidering. So it’s all Trump’s fault, of course.

“Given that we already have the call record, we don’t need the whistleblower who wasn’t on the call to tell us what took place during the call, we have the best evidence of that,” Schiff said on “Face the Nation.” “It may not be necessary to take steps that might reveal the whistleblower’s identity to do that, and we’re going to make sure we protect that whistleblower.”

Oh, really? It couldn’t have anything to do with the fact that the whistleblower’s credibility has completely imploded with the reports that he worked with Joe Biden in the White House or that things he said in his complaint were shown not to be true, such as there being a quid pro quo on the call? Even the whistleblower’s own memo the day after contradicts the complaint on the question of quid pro quo, according to reports.

Notice, how now Schiff tries to diminish the importance of the whistleblower, “he wasn’t even on the call.” How nice of you to notice what we’ve been saying for weeks, why what the whistleblower says is pretty much irrelevant and why this whole effort involving him is ridiculous. Why does what he says matter at all since the people on the call completely refute what he has to say, as does the transcript?

But perhaps the biggest concern that Schiff has with the whistleblower now testifying or being interviewing by Congress is that Schiff’s contacts and those of his staff with the person have now been exposed. Schiff’s not telling the truth about them has been revealed. Indeed, questions are being raised about why the complaint was not filed until many days later, only after contact with Schiff’s committee staff member. If the whistleblower were asked about his contacts with Schiff, it might expose much more.

No wonder Schiff no longer wants the person to have to face possible questions under penalty of perjury.

This might also explain why we hear reports about the whistleblower “testifying in writing.” You can’t “testify” in writing. Testifying implies the ability to cross-examine a witness which you can’t do with a written statement. Such a move without the ability to ask questions would be inherently without due process for the president and the American people.

Schiff continues to falsely cast the call, talking about withholding of military support aid which people on the call including the Ukrainian president already said didn’t happen. He goes on to claim there was a “cover up” to put the call in a secure computer system. But there was classified information on the call since they were reportedly talking about relations with other countries. That is inherently classified. And why would you be upset that things were made more secure, given the leaks of the past? So Democrats have no problem with Hillary Clinton putting everything on a private server to avoid government review and getting rid of 30,000 emails under subpoena but they’re upset with having information held more secure, and completely obtainable by the government if need be?

Does Schiff really think he can sell this to the American people?

I really do not know how this will turn out, but people with a rain should realize by now to vote these idiots out,

Omar forgot to pay her taxes, she cheated, when is she going to be audited,,

Got to admit she sure loves sleeping with different guys.,

I really do not know how this will turn out, but people with a rain should realize by now to vote these idiots out,

Omar forgot to pay her taxes, she cheated, when is she going to be audited,,

Got to admit she sure loves sleeping with different guys.,

including incest, her brother.....

special Muslim break, to get into America.......

then banging the guy, being paid for by electoral funds, she's a piece of work

She hired him for a reason, can you imagine when she gets mad,. 😆