Having gotten used to documenting some of the amusing events and tips of my trips last year, I'm starting again for 2018.

Below I'll add the various trips, trips and troubles that I find in going for Exec Plat for 2018.

Hi folks. This should have just been a quick round trip from Denver to JFK via Charlotte, but by leveraging weather alerts and some serious travel flexibility, I received the mileage for what would usually take an international flight to accomplish.

My first trip out of Denver was dramatically delayed due to weather, and the AA app gave me many options to consider. However the rebook algorithms showed me only trips heading east and getting in VERY late.

I called AA and asked: can you send me WEST and get me in sooner? So without a problem, I was on my way to Phoenix instead of Charlotte, and then on to JFK. this got me 2751 EQM miles instead of 1871

Once in New York, the fun REALLY starts! 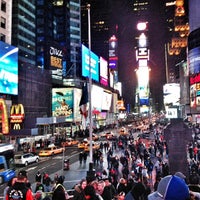 Again, on the return trip, I received a weather alert, so I called and asked if I could go JFK - LAX - DEN. Doing a 6 hour 45 minute JFK to LAX transcontinental flight, I was hoping to get the upgrade to Business (it's a three class flight!), but I was only able to get Premium Economy, with a middle seat open... no complaints there and 2470 EQM added.

Once in LAX, Go figure: A delay for the LAX to DEN flight allowed me to select a redeye flight in its place: LAX - ORD - DEN.

Yes, at this point, I had entered the twilight zone of rebooking. :confused: So my journey from JFK to DEN now goes into its second day. Having Admiral's Club access made this tolerable, as I grabbed a shower in LAX, and another in ORD the next day to keep me refreshed. This added 2625 EQM to the run, and finally got me back to Denver.

Now, if you have been keeping track of the EQM, you will see that I should only have 7846 EQM... HOWEVER … As an Exec Plat, since I had already upgraded to First on my original flights, the rebooked flights gave me the undeserved EQM mileage bonus for those first class flight on DEN - PHX - JFK and LAX-ORD-DEN. 🙂

AND ALSO... on those rebooked flights, AA also gave me the dollar values and multiplier for the flights onto which I was rebooked ... as to rebook me, the flight had to have a ticket value, so rather than 310 EQD I received 895 EQD when adding up all the values. 🙂

Bottom line: If you have flexibility, weather alerts can get you to AA EXP faster! 😀

On the other hand, a great stay at the Sheraton Grand at Wild Horse Pass. If you are looking to get away from it all, this is the place.

Additionally, Acquired the Hilton Aspire card this spring, with automatic Diamond status and 100K Hilton points after $4K spend. This is making my choice of Marriott, Starwood or Hilton MUCH easier! No more needing to track if I achieved the goal. 😉

Another uneventful AA flight. Only thing of note is that Phoenix seems to shut down at 8:30pm. The Admiral's Club in B shuts at 8:30, and the Club at PHX shuts down early as well (it becomes a BA-only club in the afternoon). As I was arriving in one "B" and departing another "B", the clubs at the "A's" were too far for the time allowed.

Third time's a charm. Yep, I was in NYC my the third nor'easter of the season. Got out just in time on Weds morning, as the wind picked up and snow started to fall.

DEN-LAS-DEN EQM - 0 EQD - 0
I'm a UA Silver thanks to my Marriott Platinum Lifetime Status. I took a United non-stop to ensure that I protect my 150,000 miles with them. (Of course, no AA points when flying UA.) However, REALLY great meals at the LAS AmEx Centurion club! Nice shower suite, non-stress vibe for the whole place IN LAS, stayed at the Westin Lake Las Vegas. Didn't know a place like this existed! This is where the Beverly Hills folks must go when they want a vacation. 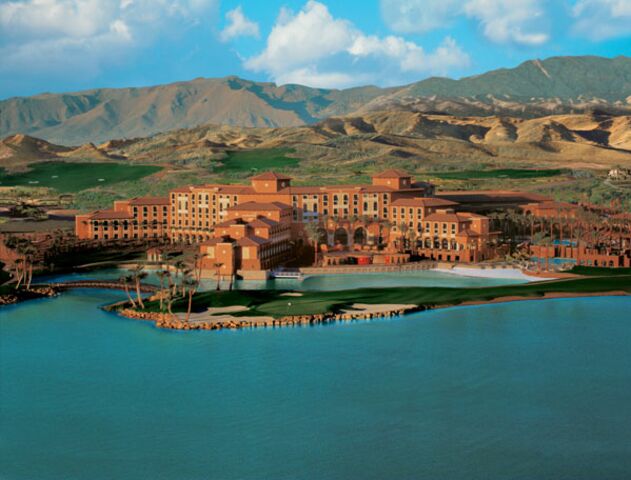 Found out that they are planning to add a Centurion club in DEN. The Points Guy wrote:

" One Mile at a Time reports that the DEN Centurion Lounge would be 14,650 square feet, making it the second-largest in the lounge network, after JFK’s lounge opens (15,000 square feet).

The proposed lounge, with a capital investment of more than $14 million, includes all of the Centurion basics — premium bar, high-speed internet, food options, showers, a family room, phone rooms, tranquility area for sleeping and more. Plus, plans detailed to the City Council also detail that the lounge will feature spa and wellness services, as well as beer and wine tasting areas."

The tentative location is "C" concourse, which is far from the American gates at "A"... however, once open I'll have to reassess if my Citi AA card with Admiral's Club access will be worthwhile to keep in comparison with my AmEx Platinum & Centurion club access.

Other interesting news:
[LIST]
[*]Received my 100,000 point bonus on my AmEx Aspire card for completing $4000 spend. Part of it was using Plastiq to make a tax payment. They counted it as spend, not cash advance, which is good to know. The Aspire card comes with Diamond Status, so it's great no longer stressing about getting my nights in.
[*]Called AA / Avis to tell them that their co-branded web reservation form had problems: You could not enter the AA FF#, so no EXP 1,250 miles per rental award. They said they would fix.
[/list]
Today's total count: EQM - 25,587 EQD - 2,729

So... I thought I was done with all this East Coast snow stuff... but go figure: This week I go to Boston, and they have an April snowfall. Add that to my being in the area for three Nor'easters, and you have a heck of a travel year so far! Looked like I was going to miss my DFW connection, but travel delays affected that outbound. Back to DEN at 2:00 AM Saturday morning. (... yippee?)

Hi folks! Great week for accomplishing goals. My Barclaycard AAviator Silver just posted my awards for achieving spend thresholds:
[LIST]
[*]EQM: 5,000 …….. EQD: 3,000
[/list]
So, that brings the AA 2018 running total to:
[LIST]
[*]EQM: 34,560 …….. EQD: 6,110
[/list]
Knowing that I will get another 3,000 EQD from AAviator Silver when I hit the next threshold, looks like AA Spend wont be an issue, but the EQM accomplishment will. But it's only April, so hard to say... There are always long haul flights that will get that done. Thank goodness for Google Flights! 😉

As to travel, no AA flights this week as I am taking United to Louisville.
DEN-SDF-DEN EQM: 0 EQD:0 🙁

Travel has slowed down, but attainment has not.

I hit the $50K spend point on the Barclaycard Aviator Silver card... that adds another 3000 EQD and 5000 EQM. (Time to switch spending to the Citi AAdvantage Exec to get the 10K EQM from them)

If you have been reading along, I've been in three of the 2018 Nor'easters. So, from ice, let's go to fire with the Big Island of Hawaii !

Spent a week at the Sheraton Kona Resort & Spa at Keauhou Bay. Great place, great Hawaii vibe. Built on an old lava flow, the hotel has easy access to Kona, Captain Cook, and the western coast. At night there is Manta Ray viewing (they come right up to the hotel !!! ). While we were there during the volcanic eruption on the southeast side of the island, we chose not to get too close. So much else to do and see. 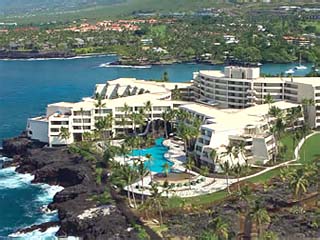 Hi Folks - I've taken a step into semi-retirement, and it's time to book some trips!

I'll write in greater detail later on each of these trips, however, the flight costs for TWO PEOPLE were a real bargain:

I documented my use of American Airlines affiliate credit cards to get to AA ExP faster...

But I decided to move it to:
https://insideflyer.com/forums/threads/maximizing-affiliate-cards-with-american-airlines.139742/

This type of earning helps offset the fact that ExP's do not get the 500 mile certificates that most folks get. Of course, as an ExP I get upgraded on most flights, so I don't need them, but traveling with my wife (in the same record), I need to use those to upgrade her. So I purchased a bundle of 8 (for the possible upgrade to Hawaii) for 40,000 miles.

Still, playing the CCard game, the actual amount of miles spent on those 8 "stickers' was 38,000 miles. I saved 2,000 miles because of card affiliation. 😉

A quick thing about hotels... I just merged my Marriott and Starwood accounts. I'm in the "Lifetime Platinum Premier" level, which is only being awarded this year.

That's over 3 years. Looking at that, I'm surprised that I haven't lost everything that I have owned in a hotel room over that time, packing and unpacking and repacking.