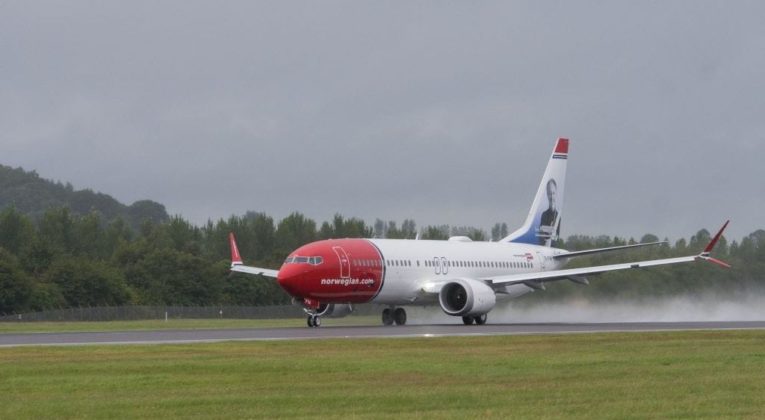 As of September 15th, Norwegian Airlines is set to cease all transatlantic flights between Ireland, the USA and Canada. The continued grounding of the Boeing 737 MAX is cited as the reason for this.

Currently the airline operates from Dublin, Shannon and Cork to New York Stewart, Providence and Hamilton. These routes have operated since 2017, but are soon to end according to the press release issued today.

Due to the grounding of the Boeing 737 MAX, having to lease in aircraft to cover the flights has apparently made them unsustainable. Considering short term leases can be expensive, this is not too surprising.

All passengers are being offered a re-routing on other Norwegian services. Alternatively they may obtain a refund for their flights and choose to travel with another carrier.

Pilots and cabin crew at the Dublin base are in discussions at the moment. Norwegian Airlines is hoping that redundancies remain a last resort, which may occur if people are unable to move to another city outside Ireland.

Administrative employees will remain in place. Does this mean that the routes will be re-launched once the Boeing 737 MAX is back in service? Time will tell.

This development is not too surprising, since Norwegian was going to rely heavily on the Boeing 737 MAX. Pulling the plug to stem the losses on the Irish routes makes sense, as there is still no firm date as to when the MAX will return to service.

Boeing is certainly in for some compensation bill once all of the dust has settled and the jet is back in service. I’m sure Norwegian will be looking for some, that is for sure!

Have you flown with Norwegian on a long-haul flight before and what was that like? Are you affected by the cancellations? Thank you for reading and if you have any comments or questions, please leave them below.