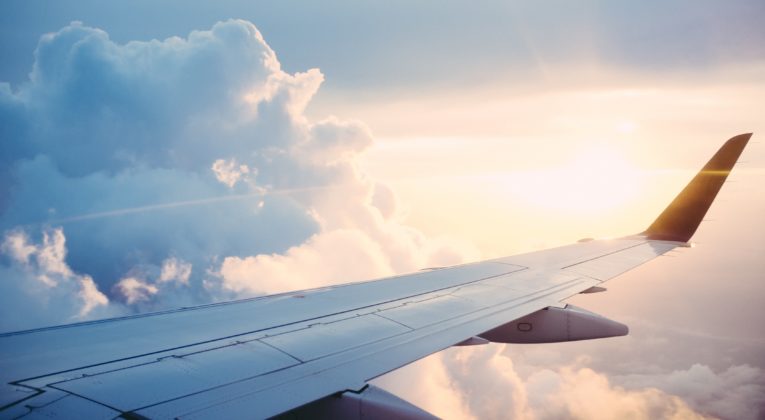 Ranking the U.S. airlines may seem like an exercise in finding the least worst of the bunch. I’ve read horror stories about essentially every airline. At its heart, air travel is basically finding someone to take you from point A to point B safely and with all your stuff.

But there is enough to differentiate between carriers as well. A little service can go a long way in the industry, and some carriers have made a better impression on me than others. I know everyone has both their favorite carrier(s) and the ones they avoid at all costs. My list takes into account both my own experiences over the past few years. I am not shy about proclaiming my love of Delta. My initial feeling for the carrier grew was one of indifference, primarily due to what I consider a fairly weak mileage currency as well as little experience with them. But how things changed when I started flying them regularly. They are proactive about service, have better staff than the other majors, and a better on time performance than United, my other most-flown carrier.

I’m now a Delta regular, primarily for my work travel. They won me over. I never intended to be a fanboy. It sort of just happened.

Being based on the West Coast, I can’t really help but fly Alaska now and then. They are often the best option when heading to southern California or up to Portland or Seattle. All of my experiences with Alaska have been good, even the couple bad ones. That might not make sense, but the airline has rescued every potentially frustrating situation admirably.

Alaska’s commitment to customer service has impressed me over the years. My only delayed flight with them resulted in a free lunch at John Wayne airport and $100 voucher for each of the five of us. All of this was done proactively. It really took the sting out of a 3-hour mechanical delay. I was more than satisfied with how their staff handled the situation. Southwest used to be my favorite airline. I only list them third because I don’t have any truly amazing experiences under my belt with them. I know what I’m getting every time I book a Southwest ticket. They’re different, but they do their thing well. I’ll happily fly the country’s largest domestic carrier anytime.

My one experience with JetBlue was hellish. We spent hours stuffed in a hot terminal with hundreds of other passengers waiting for a storm front to blow past. It wasn’t fun, but I still can’t fault JetBlue. I plan to give them another shot in the future, preferably in their Mint product.

The “whole different animal” wasn’t a whole lot different for me. My wife and I only flew them on one trip, a total of two segments. Besides the charge-you-for-everything-extra model (which I was entirely aware of), the flights were fine. Seat pitch is narrow, but entirely manageable for a guy a hair over 5’10”. I’d definitely book with them again, as long as the cost made it worth it.

But there is also a nagging fear that things could go disastrously wrong. There is one problem the carrier does not handle well. Ah, United. Now we get to the first depressing one. I’m captive to the carrier at our tiny regional airport. The fact that I generally drive 4.5 hours to fly Delta should tell you something. United has come through for me on a handful of occasions, but generally, they disappoint.

Spirit is an unknown animal to me. At least…it is unknown besides all the time I’ve spent going over their site, doing my best to understand their baggage policy, their added fees, and all the other a la carte services they offer in their ultra low cost carrier model. It’s enough to make me avoid them unless flying solo with nothing but a daypack. But hey, when is that gonna happen? The only reasonable hop I can make is Oakland to Vegas, and who wants to go to Vegas? Not I.

But there are some other “hacks” you can perform with Spirit to ensure you get dirt cheap airfare. The main one I know of is purchasing your tickets at the airport to shave off fees. But beware. This could easily backfire.

Still, I know some who have an odd love affair with Spirit due to their amazingly low fares. I never expect to.

While my own experiences with AA have been fine, there is nothing about the airline that has caused me to love them. Between inept phone agents, stone-faced business class service, and so many reports of AAwful delays this summer, I plan to steer clear of them for a while. At least until I get wooed into burning my miles for one of their reduced mileage awards.

I don’t think I have anything good to say about Allegiant. I’ve flown them once, and that was enough. Plus, they like to enter markets, run a number of ill-timed and inconvenient flights, and only stay committed until the dollars run out, after which they pull out if they aren’t making anything. It’s a terrible model for generating any sort of long-term business.

They fly to Hawaii. That I know. Instead of doing so with them, I transferred all my miles to Hilton points, which seemed the wiser choice at the time.

I’ve never flown Sun Country. I didn’t even know Sun Country existed until like 3 years ago, when I saw them advertised at Sonoma County airport. This MSP-based leisure airline doesn’t fly a whole lot of places. I’ve flown this airline once, and it was a blast. We made a 90-mile hop from Oakland to Merced in a Pilatus PC-12, and the experience in the tiny prop plane was unforgettable.

They specialize in flying tiny planes on heavily subsidized essential air service routes, which makes them a unique carrier. But they also do not have a lot of support when things go wrong.

I know nothing about them, other than that they operate out of Florida and Puerto Rico and fly to lovely islands.

I’m sure I’ll get contrarians to my list, but hey, that’s half of why I wrote this post. Tell me all about how United and American make your world go round.

Which are your favorite and least favorite U.S. carriers, and why?