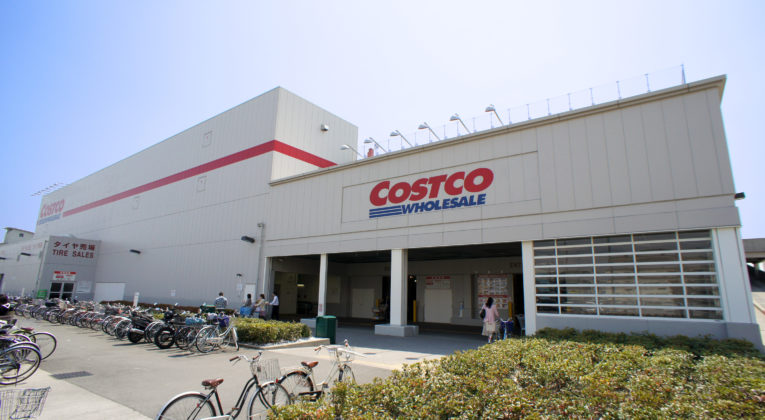 The Citi Costco Anywhere Card is Citi and Costco’s co-branded card. A new co-branded card was needed after Costco switched their network acceptance from American Express to Visa in 2016. Costco partnered with Citibank to create the card after the partnership was forged.

The Costco card earns straight cash back. However, that can be useful for miscellaneous travel expenses as well as for investments. For cash back lovers, this card is one of the best in the industry for various purchases. But travelers who value transferrable points should steer clear.

The Costco Anywhere Card also has no annual fee. However, all Costco members must pay the store’s annual membership fee. Personal and Business Gold Star (basic) memberships cost $60 per year. This is the best way to go for most people, especially those who don’t spend much in the store.

Executive Membership costs $120 per year. The latter also nets you a 2% cash back on in-store purchases. This 2% is separate from any credit card rewards as you do not need the Anywhere Card to get the rewards. Costco gas station purchases do not count.

The Citi Costco Anywhere Card is a fantastic earner. It earns 4% cash back at gas stations worldwide, including Costco’s own gas stations. This is a great way for Executive members to compensate for not having the 2% at the Costco pump. The 4% is limited to the first $7,000 per year in gas purchases. That is a high limit for many consumers, making this a non-factor.

But that’s not all. The Costco Anywhere Card earns 3% on Dining and Travel purchases worldwide. That’s great news for travelers who want to earn cash back on common expenses and at Costco.

Finally, the Costco Anywhere Card earns 2% on all Costco purchases (in-store and online) and 1% on all other purchases. Executive members will get a total of 4% for Costco purchases when they use their card.

The sign-up bonus for this card is somewhat humorous. You will receive some free Costco-related item if you apply in-store and get approved. These items have been buckets, totes, and coolers in the past. There is no cash back bonus or required minimum spend to get anything. Costco’s wacky “sign-up bonuses” Gary from View From The Wing’s favorite humorous topics.

The Costco Anywhere Card is very limited in the way of redemptions. Cash back is provided as an annual credit card reward certificate after your February billing statement closes. It’s only redeemable for cash or merchandise at Costco locations within the US.

Executive members receive their 2% cash back reward within two months of membership renewal. They receive a check in the mail from Costco, which is redeemable for either cash or merchandise.

This is a very restrictive policy. But it’s in place to keep Costco members coming back to their stores. I suggest redeeming the rewards for straight cash. This way, you can use it how you want to.

The Citi Costco Anywhere Card does not have much in the way of benefits.

Use Your Card as Your Costco Membership Card

This perk lets you keep your Costco membership card home and use your credit card in its place. Like a membership card, the Costco Anywhere Card has your picture on the back of the card next to the card number. This is not a monetary perk, but it makes your Costco experience more convenient.

You can receive up to $10,000 if an item you bought is stolen or damaged. Each cardholder is eligible for up to $50,000 per calendar year.

Citibank is the best issuer for extended warranty. You will receive an extra two years of warranty on purchases with warranties of five years or less.

Citi has several rules to consider before applying for one of their cards. While these rules are annoying, they serve as a reminder to be certain before applying. However, their main purpose is to dissuade “churners” from getting sign-up bonuses.

Also, the 6 Inquiries Rule states that those with more than 5 hard inquiries in 6 months will be automatically denied.

What if the Citi Costco Anywhere Card is not for you? Here are some alternatives that might be better:

When Costco began accepting Visa cards, they began accepting any Visa card and not just their co-branded card. Most of Chase’s card lineup are under the Visa network, making them accepted at Costco.

The Chase Freedom Unlimited is my card of choice when shopping at Costco. This is because Costco and Wholesale Clubs do not fall into a bonus category unless the regular Freedom card has Wholesale Clubs as a category.

Travelers would like this card (and the Chase “ecosystem”) more than the Costco Anywhere Card and its cash back. That’s because the Freedom Unlimited earns 1.5x Ultimate Rewards (UR) points per dollar on all purchases. This card also has no annual fee and a nice sign-up bonus worth 15,000 UR points. The bonus can be earned after spending just $500 in the first three months.

The Freedom Unlimited is the better card for travelers, those who want an actual sign-up bonus, and those who want more flexibility in redeeming points.

Costco members who spend heavily at their gas station will love this card. The Chase Ink Business Cash earns 2x UR points at Gas Stations, including Costco. This is card I use for my gas purchases because of its increased earning rate and Costco’s already lower gas prices.

Furthermore, the Ink Business Cash earns 5x UR points at Office Supply Stores and for Phone, TV, Cable, and Internet bills. It also earns 2x UR points for Dining.

This card also has a sign-up bonus worth a huge 50,000 UR points. It can be earned after spending $3,000 in the first three months.

The Ink Business Cash is a great overall card for entrepreneurs, small businesses, and individuals with a side gig or two. I recommend it over the Costco Anywhere Card for the same groups as I recommend the Freedom Unlimited to.

The Citi Costco Anywhere Card is a great card for certain people. Cash back lovers and Costco lovers will also love this card. However, travelers who shop at Costco will be better off with the Chase “ecosystem”.

The Costco Anywhere Card’s strength lies in its earning potential, especially for cash back lovers. However, it has several flaws in its limited redemption options, a lack of benefits, and a downright humorous sign-up bonus.