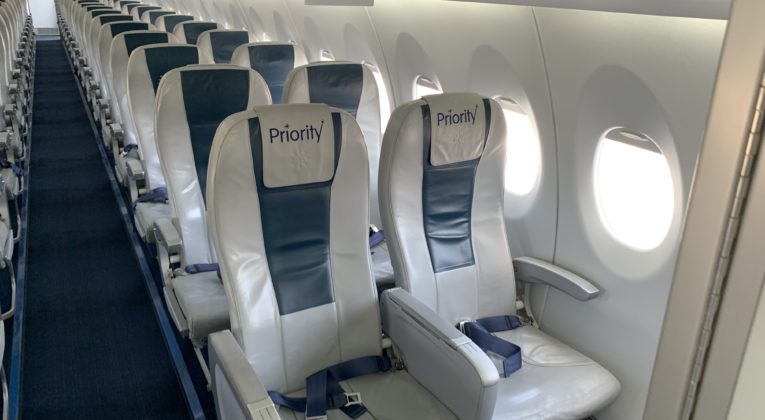 If you’ve flown commercially over the past few decades, there are probably two major aircraft manufacturers with which most travelers have become familiar: Boeing and Airbus. Boeing and Airbus control a whopping 88% of the narrowbody market. There are a few other notable aircraft manufacturers including Bombardier and Embraer. However, other than those four manufacturers, very few companies are building commercial aircraft. There are a few exceptions, most notably, Russia’s JSC Sukhoi Company.

Sukhoi’s main commercial aircraft in production is the Sukhoi Superjet series. This series is a narrowbody regional to short-haul passenger aircraft. It was built to compete with aircraft of similar size built by Bombardier (now Airbus) and Embraer. Since the Superjet’s first flight in 2008, just 127 aircraft have been delivered to airlines mainly based outside of the European Union and the Americas. However, there is one North American airline that operates Sukhoi’s Superjet 100. That airline is Interjet.

Having flown almost entirely on aircraft built in either the Americas and western Europe, I decided to give Interjet’s Sukhoi Superjet 100 a try on a relatively short hop from Los Cabos (SJD) to Toluca/Mexico City (TLC).

Here’s what it’s like to fly on Russia’s latest passenger jet.

Interjet operates as a low-cost carrier which meant that even though I had booked just 36 or so hours in advance, I was able to book my flight for around $120 USD one-way. I did upgrade to Interjet’s Priority fare which cost just under $30 USD.

Unlike other low-cost carriers, Interjet still allows passengers to bring a carry-on bag on board and select a seat free of charge. Additionally, Interjet offers snacks on some flights at no additional charge.

While the airline is technically a low-cost carrier, many of the airline’s fares are closer to those offered by legacy carriers. If you’ve ever flown on WestJet prior to the airline’s transition to a full-service carrier, the service offered by Interjet is quite similar to that offered by WestJet.

I arrived at San Jose-Los Cabos International Airport’s Terminal 1 around an hour prior to boarding. I printed my boarding pass at a kiosk and proceeded to the domestic security checkpoint. There wasn’t a line and the checkpoint was well staffed allowing me to pass through security in a matter of minutes.

Once airside, Cabo’s domestic terminal boasts a surprising number of retail and dining options. While devastating, the damage caused by Hurricane Odile in 2014 allowed local residents, resorts, and the airport to update and renovate many structures in the area. That being said, Los Cabos International Airport seems to be one of the more passenger-friendly airports in Mexico.

The VIP Lounge and Boarding Experience

With Priority Pass Select, I was able to pop-in to the VIP Lounge in Terminal 1. After a barista-made cappuccino and a pastry, I made my way down to the gate.

Boarding began a little early. Additionally, not a single announcement was made until most passengers had already lined up to board. Though I paid extra for priority boarding, no priority line was available and the gate agents boarded all groups at once. Surprisingly, the boarding process went smoothly even though the agents essentially created a free-for-all.

I did manage to get on board before the majority of passengers. The Interjet crew was welcoming and professional from the moment I stepped onboard the aircraft.

Before I dive into the specifics of the aircraft, here’s a glimpse into the in-flight experience on Interjet. Given the short flight time, there really isn’t much to cover.

I was seated in 2A which is one of Interjet’s premium or “Priority” seats. Only two of the premium seats ended up occupied for the flight. This surprised me as the upgrade was extremely inexpensive for the flight with Interjet charging just under $30 USD for Priority. However, with just one other passenger seated in the first two rows, I ended up with an empty seat next to me.

Once the aircraft leveled off at cruising altitude, the flight attendants came by to serve beverages. Given the short flight time, snacks were not available for purchase. Basic beverages were available free of charge including coffee, water, and soft drinks. Since I didn’t inquire about purchasing any premium beverages, I can’t say whether or not they were even offered on the flight. I didn’t see any flight attendants using a credit card reader nor did I see any passengers consuming drinks like wine or spirits however, it was a little early in the morning to start drinking.

Unfortunately, there were no power outlets onboard. Additionally, Interjet doesn’t offer WiFi on any of their aircraft either. This meant that the only in-flight entertainment, aside from the nonstop ads displayed on the video monitors, was the view outside the window.

For once, I didn’t mind not having power outlets or WiFi as the flight was quite short and I had music downloaded on my phone to pass the time.

Upon landing, the crew thanked passengers for flying with Interjet with one of the pilots standing at the door to the flight deck also thanking passengers.  While not the best flight to gauge the on-board service offered by Interjet, the flight was quick and the crew was both friendly and efficient.

Given the price I paid for the flight and the efficient service combined with 34 inches of legroom, I would fly Interjet again without hesitation.

Interjet’s Sukhoi Superjet 100 is configured in a 2-3 configuration with 93 seats. Interjet offers 34 inch pitch across their entire fleet including on the SSJ100. This means that all passengers receive premium economy legroom in standard economy class.

The Sukhoi Superjet features small monitors throughout the cabin. The content is obviously dependent on the airline. Interjet chose to display ads nonstop throughout the flight with the audio from the ads played over the cabin PA system.

The Superjet 100 is quite similar to both the Embraer E-Jet series and the Airbus A220. The cabin felt very airy but was already starting to show signs of wear-and-tear. Again, that’s something that’s up to the airline to control. The wear-and-tear is not a result of any flaws with the Superjet 100 but rather shoddy maintenance on Interjet’s part.

The seats were standard though not all that comfortable. Interjet went with a drab creme colored leather upholstery with a navy blue stripe down the middle of the seat. The creme colored seats combined with the bright white LED lighting and lack of in-flight amenities made the cabin feel a lot like an operating room or doctor’s office. It was quite industrial and sterile. Again, I wasn’t looking to get any sleep or unwind on such a short flight so the overlit, bright, and sterile cabin wasn’t a big deal.

Additionally, the overhead bins were not especially small nor were they exceptionally large. They were standard overhead bins like those found on the Embraer E-175 or E-190. Most fares come with a free checked bag so the overhead bins didn’t really get used all that much on my flight.

As for aircraft performance from a passenger’s perspective, I felt like I was flying aboard an Embraer 175. The engines weren’t any louder or quieter than on similarly sized aircraft. The windows weren’t any larger than those found on a Boeing 737 or Airbus A320. (They were, however, smaller than the massive windows found on the Embraer E-Jets.)

The only aspect of the flight that was different from what I’m used to was landing. Upon landing, the pilots immediately applied the brake and reverse thrusters, as is standard protocol.

However, the force that resulted from the braking and application of the reverse thrusters was extremely intense. The brakes were also quite loud. As the aircraft came to a stop, there was a metal-on-metal sound coming from below the cabin. Of course, this could just be a result of how the pilots carried out the landing procedures and not necessarily reflective of the Sukhoi Superjet. Nonetheless, the landing was quite intense compared to most other flights I’ve taken.

For the most part, the Sukhoi Superjet 100 is a typical narrowbody passenger jet. It closely resembles the Airbus A220 and Embraer E-Jet series. Other than the flight deck and passenger service unit (overhead panel with vents, lighting, etc.), there weren’t any noticeable differences from other aircraft I’ve flown on.

If you’re looking to for unique Russian aviation experience, the Sukhoi Superjet is not the aircraft for that. If (like me) you were expecting an experience similar to that offered by some of the Tupelov or Antonov passenger aircraft still in service, you’re out of luck.

Other Posts from The Unaccompanied Flyer: