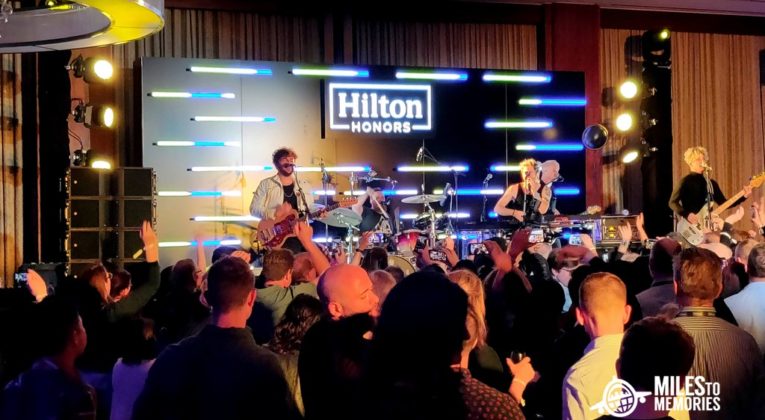 I’m a fan of two hotel programs: Hyatt and Hilton. Hyatt is the best overall program in my opinion. Their footprint is limited but it’s steadily growing. That leaves Hilton as my back up program of choice.

There are three major players in the hotel world; IHG, Hilton and Marriott. Each could fill that backup spot and cover most areas. But still I put Hilton head and shoulders above the other two.  Not because their hotels are the best or because their points are worth the most. They aren’t. I put them there because their points are easily obtainable, as well as their status, and they don’t make me call 7 times to get help on a simple issue.  In my experience their customer service, while not perfect, is better than the other two.

Marriott has been a hot mess since merging with SPG and launching Bonvoy.  I never liked their program before the merger but I did like SPG’s program.  They gutted that and turned Marriott’s sketchy customer service into non existent customer service.  Let’s be honest they make United Airlines look stellar right now.

My experience dealing with Hilton was completely different.  Any issue I have, their twitter team is quick to respond and overall pretty empowered. While their individual hotels may have service issues I’m usually treated fairly by corporate.  I wanted to share a couple of recent examples. No Pool No Problem

The first issue I had was on a recent trip to a DoubleTree in Michigan.  I had planned to take the kids there to swim for the night before heading to a track meet the next day.  We fought traffic for two hours on the way there and I kept them calm by promising we would hit the pool as soon as we checked in.

Of course upon arrival at the hotel there was a sign that said the pool was closed. There had been no notice on the website warning us about this.  I inquired about the other Hilton hotel nearby asking if their pool was open, hoping we could maybe use it etc.  The front desk agent told me she doesn’t know because she doesn’t call hotels to see if their pool is open.  It was very rude, especially for a Diamond member.  We pivoted and went to the near by beach to hang out which ended up being a blast.

When I got home I reached out to Hilton on Twitter to see if there was a policy of giving some points when the pool is closed etc. and explained my interaction with the front desk agent.  They immediately told me they would give me 30,000 points as an apology. That is 9,000 more than the room was going for.  I was surprised and impressed with the response, hoping for a token 5-10,000 points.  The points also posted that same day! On a recent trip to Amsterdam we headed to Brussels for a few days as well.  While we were there we really wanted to spend more time in Amsterdam if possible.  We ended up figuring out a cheap way to make it happen so we checked out of the hotel a day early at 5pm.

When they saw we were checking out a day early the front desk agent said she would see if we could get our points back for the one day we were leaving early.  This shocked me as I wouldn’t have expected it if we tried to check out at noon much less 5pm.  She confirmed with her manager that they would and I was excited but also skeptical that it would happen.

After getting home the points never showed up.  I tried the hotel’s concierge email a few times and received no response.  That is when I went to Twitter.  I explained the problem and they reached out to the hotel. Because of them I received an email from the front desk manager within a few hours.  He told me he worked with the Hilton team to get it corrected since they don’t have the power to do that on his end at the hotel.

After a week or so I still didn’t see the points.  I reached out to the manager again two times but didn’t get a response, it appears he was on vacation.  I sent the Twitter team another message explaining the situation and copying the original email and asked for the 38,000 points to be deposited. They responded within an hour or so and the points were in my account by the end of day.

As you can see Hilton is far from perfect, as most companies are, but they have been willing to correct things more so than any other hotel program I have worked with (including Hyatt).

Their social media team seems to be very competent and much more empowered than most are. That is a blessing to me since I don’t have time to sit on the phone most of the time.  I can send a message when I need to and check back for a response when I have time.  This is a life saver for travelers like us.

What has your experience been?  Which hotel chain do you think has the best customer service and is quickest at fixing/compensating for issues?