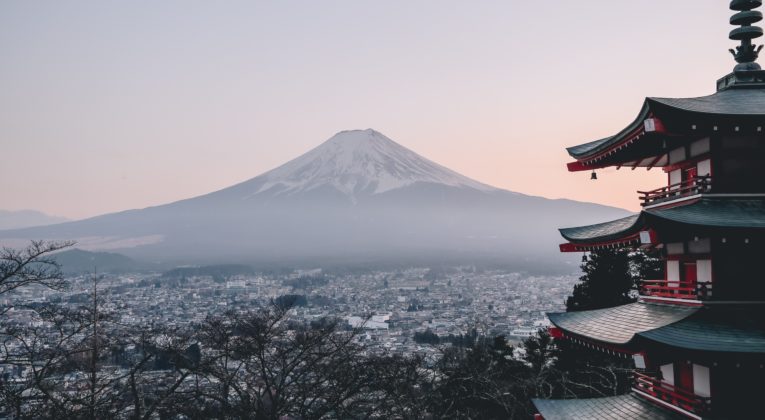 During our first trip to Japan, we were determined to view a sumo wrestling match. There were no tournaments that month so we took a very early train ride into a non-touristy part of Tokyo to watch the wrestlers practice at a sumo stable.  As luck would have it, practice was canceled that day.  Fortunately, our last trip to Tokyo was during a Sumo Grand Tournament and we finally had a chance to view Japan’s national sport.

If you are interested in watching a sumo wrestling tournament in Tokyo, Japan, here are some tips to ensure a great experience including when and how to buy sumo wrestling tickets, where to sit, what to expect and tips for the best experience.

1) Make sure you visit Japan at the right time.

Professional sumo tournaments occur in Japan six times per year— once in every odd-numbered month.  Each tournament starts and ends on a Sunday and lasts 15 days.  The sumo tournaments are held as follows: Tokyo (January, May and September), Osaka (March), Nagoya (July) and Fukuoka (November).   The Japan Sumo Association official website lists the dates of upcoming tournaments in 2019 and 2020.  If you are not in Japan during a grand sumo tournament, consider attending an open amateur sumo tournament or visiting a sumo stable to watch the wrestlers (rikishi) practice.

We purchased our tickets 10 days prior to our weekend in Tokyo and had a difficult time finding tickets.  Saturday was completely sold out. A few single seats were available on Sunday but none were on the first floor. Who would’ve thought sumo wrestling would be this prized! Tickets go on sale approximately one month before the first day of competition. If you know your schedule there is no reason to wait. Here is the link to the tournament and sale dates in 2019 and 2020.

You may be able to find general admission seats on the morning of the date you wish to attend however, if you have specific seats in mind or if you would like to attend a weekend match, it is best to buy sumo tickets in advance.

3) You can buy sumo wrestling tickets online from abroad.

Tickets for the tournament in Tokyo may be purchased online using a credit card from the official website, Ticket Oosumo at sumo.pia.jp/en/.  You will receive an email confirmation of your transaction.  The email states that your tickets will be available for pick-up at the stadium.  The email also states that you must bring the credit card you used to purchase the tickets.  Take this seriously.  You must scan that credit card in a self-service ticket machine located outside the stadium to receive your tickets.  We had a brief moment of panic as we forgot which card we used and had to try a few before the machine finally recognized our reservation.

You can also reserve tickets for the sumo tournament online through Voyagin. Some foreigners also use buysumotickets.com to pre-book tickets. Our tickets to the grand sumo tournament in Tokyo

4) There are different types of seats – chair or Japanese-style floor seats.

The sumo stadium in Tokyo, Ryogoku Kokugikan, has both chair seats typically found in an arena and Japanese-style floor box seats.  There are also ringside seats that are cushions right in the front of the sumo ring.  These are the seats that you will sometimes see sumo wrestlers fall into!  Ringside are pretty much impossible for foreigners to purchase.

Both box and chair seats have three tiered sections A, B, and C, with A being the closest to the front.  The first floor of the stadium consists mostly of box seats but there are a few chair seats in the back of the first floor and a few ringside seats.  The second floor consists only of typical chair arena seating.

Box seats are Japanese style seating in which you sit on a cushion on the floor.  The standard box seat is for 4 people and you need to pay per box -not per person.  Box seats require you to sit cross-legged if the maximum number of people are sharing one box.  There are also some box seats for 1-6 persons as well.  Here is a picture we took of the box seats (can also see the green ringside seats): If you would like to sit in the front of the first floor but not cross legged, you might consider purchasing a box seat and using it for only 1 or 2 people. Sitting cross legged for that long wouldn’t agree with us. If we ever attend another sumo tournament, that’s what we would do. If you want to sit in a chair, but still be on the first floor, there are a few 4 person boxes with chairs and a table at the very back.

By the time we purchased our tickets, only chair seats were available.  Our assigned seats were on the second row, section B.  We arrived early to the stadium and were able to sit in the first row on the second floor looking over the balcony.  The ushers were checking tickets for entry into the first floor but not the second floor.  Once inside your assigned floor, you are able to sit anywhere you want until the actual seat holder shows up.

Although there are sumo matches from 8am to 6pm, the majority of people show up just to watch the top-division sumo wrestlers.  Each day of the tournament starts with lower division wrestlers and builds up to the top division as the day goes on.

This is a typical schedule of events that might be helpful in deciding what time to show up: 6) Show up early if you’re unhappy with your seats.

As previously mentioned, ushers were checking tickets for the first floor. But no one checks to make sure you are sitting in your assigned seat. You can easily move to a better seat until the actual seat holder shows up. At that point, just politely apologize and move. Although not as easy, we were even able to enter the first floor. During a bathroom break, we noticed an usher had temporarily left his post. We took the opportunity to try out the box seats. Since we got to the stadium early and managed to sneak into the first floor, we were able to view the matches from many angles.

In our opinion, the best seats for a good view and good photos were the box seats on the 1st floor (especially in Section A towards the front) and the chair seats on the inner end of the first row on the 2nd floor chaired section A.   In some ways the first row of the second floor was better as there was no one walking in front of you to get to their seats. When we were sitting on the first floor, photos were nearly impossible after 2:30 p.m. with everyone streaming past.  As the stadium filled up for the top division wrestlers we made our way back to the second floor and found two random seats together.  We got the impression that people usually just sit wherever on the second floor.

7) The stadium, Ryogoku Kokugikan, is easily accessible by public transportation.

The stadium in Tokyo is located next to the Edo-Tokyo Museum, about a five minute walk from the metro station.  Eating and drinking is allowed and food is available for purchase at reasonable prices.  You may exit and re-enter the stadium once if you would like to take a break or eat at an area restaurant instead.

8) The ceremonies between matches are longer than the actual wrestling.

Each sumo match is preceded by an elaborate ceremonial ritual involving singing, salt-tossing and foot stomping.  The ceremonies are longer for the top division wrestlers.  We brought some reading material along as we read that it can get pretty repetitive after a while. We didn’t find that to be the case. But, of course, we did move seats a few times so it was interesting just viewing things from a different angle.  The actual match usually lasts only a few seconds.

Here are some pictures we took of the sumo wrestlers preparing to fight: We also took a 3-minute video of a match between lower ranked rikishi from start to finish:

9) Not all professional sumo wrestlers are Japanese.

Not sure if we were most surprised that some wrestlers were trim and toned or by the number of Western sumo wrestlers competing!  We researched “foreign sumo wrestlers” when we got home. We found out the last Japanese champion won in 2006.

If you are ever in Japan during a grand sumo tournament, we recommend you check one out.  Has anyone else been to a sumo wrestling tournament and if so did you enjoy it?

Looking for other fun things to do in Tokyo? Find out how to spend 3 days in Tokyo.  Also consider visiting a bunny cafe or taking day trip to Jigokudani to see the snow monkeys.

Are you also visiting Kyoto while in Japan? Here is our itinerary for 3 days in Kyoto.
—
This article was originally posted on May 21, 2014 but was updated for 2019.
Disclosure: This post contains affiliate links.