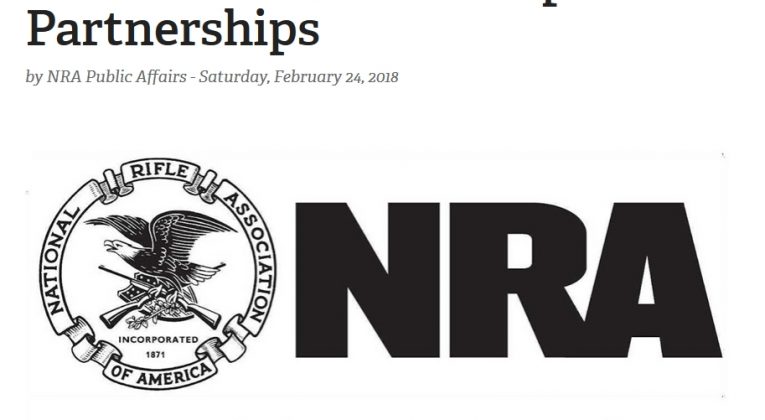 If you’re a member of the National Rifle Association, you may have gotten accustomed to enjoying member discounts from a number of prominent travel suppliers. If you check today, you’ll find that most of those NRA partner companies are no longer listed on the NRA website.

The difference-maker was February 14, the day a teenage gunman stormed into Marjory Stoneman Douglas High School in Parkland, Florida, and killed 17 students with an AR-15 semi-automatic rifle, purchased legally.

That horrific event triggered an outpouring of anti-NRA sentiment, which in turn led to widespread cancellations of corporate marketing relationships with the NRA.

Among the highest-profile travel supplies cutting ties with the NRA have been Delta and United. They tweeted over the weekend as follows:

@Delta Delta is reaching out to the NRA to let them know we will be ending their contract for discounted rates through our group travel program. We will be requesting that the NRA remove our information from their website.

@united United is notifying the NRA that we will no longer offer a discounted rate to their annual meeting and we are asking that the NRA remove our information from their website.

Delta, for its part, later issued a news release fully elaborating on its actions:

Delta’s decision reflects the airline’s neutral status in the current national debate over gun control amid recent school shootings. Out of respect for our customers and employees on both sides, Delta has taken this action to refrain from entering this debate and focus on its business. Delta continues to support the 2nd Amendment.

Other travel suppliers that have severed their ties with the NRA in the past few days include Hertz, Avis, Budget, Enterprise, National, Alamo, Wyndham, and Best Western.

Ever the combative organization, the NRA pushed back against the departing corporations, accusing them of a “shameful display of political and civic cowardice.”

Let it be absolutely clear. The loss of a discount will neither scare nor distract one single NRA member from our mission to stand and defend the individual freedoms that have always made America the greatest nation in the world.

For all the finger-pointing and flag-waving, as things stand today, the only thing that’s changed is the loss of a handful of travel discounts.

Tempest in a teacup, or something bigger?