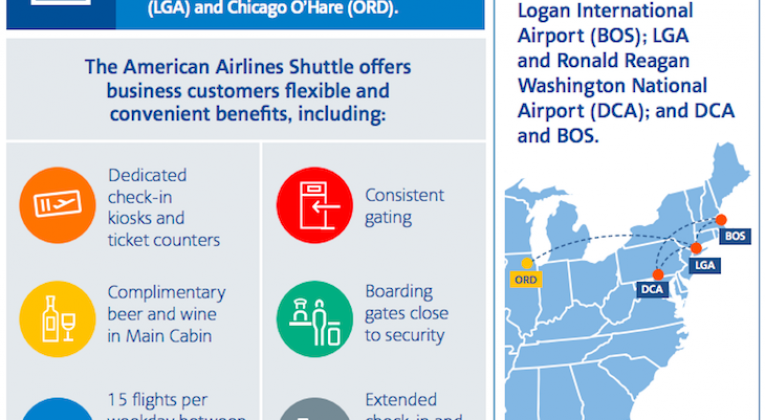 Among the 52 new 2018 nonstop flights announced today by American is a new shuttle service between New York’s LaGuardia and Chicago’s O’Hare airports.

Beginning on April 4, American will launch new hourly flights between the two airports. Among the service’s features: free beer and wine, dedicated gates close to security, and an extended cut-off time for checking in. (American already flies frequently between the two airports, so the shuttle is to an extent just a rescheduling and rebranding of existing service.)

Related: Should Airlines Get Rid of Reclining Seats? This One Is

New routes on the list for 2018 include flights to Budapest, Czech Republic, Hungary, Prague, and Reykjavik, Iceland.