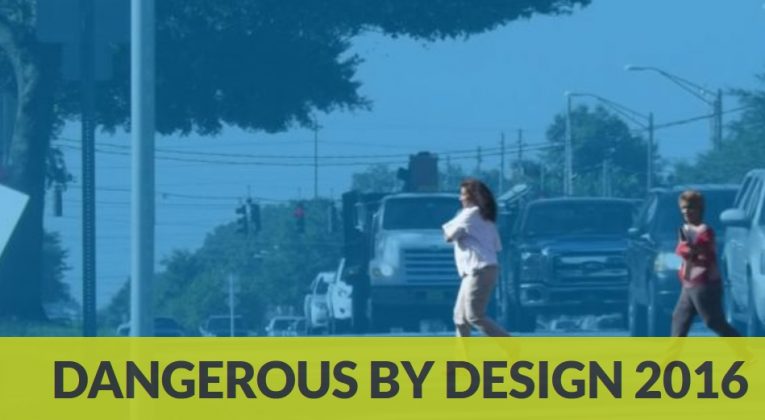 That’s one of the surprising conclusions of Smart Growth America’s provocatively titled Dangerous by Design 2016 study, which ranked the 104 largest U.S. metro areas according to a “Pedestrian Danger Index,” a calculation reflecting the share of local commuters who walk to work and the most recent data on pedestrian deaths.

Of the 10 metro areas with the highest PDIs, the top seven were in Florida, as was the 10th. Here’s the list:

In 2014, the latest year for which data is available, 4,884 pedestrians were killed by cars, an average of 13 per day. According to the report, the “alarming epidemic” disproportionately affected people of color and older adults. Non-white individuals comprise 34.9 percent of the U.S. population, but account for 46.1 percent of pedestrian deaths. And individuals 65 years or older are 50 percent more likely than younger people to be killed while walking. The study also found a correlation between income and pedestrian safety: “As median household incomes drop, PDI rises.”

The study lays blame for the problem squarely at the feet of those responsible for street and sidewalk design.

Everyone involved in the street design process—from federal policymakers to local elected leaders to transportation engineers—must take action to end pedestrian deaths. So long as streets are built to prioritize high speeds at the cost of pedestrian safety, this will remain a problem.

In the meantime, watch your step, especially in Florida.