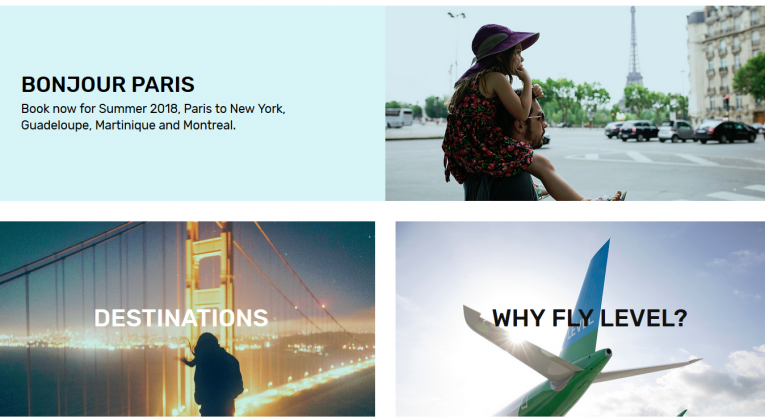 Travel doesn’t have many bright spots. This is one of them…

Cheap flights to Europe, from the likes of WOW and Norwegian and LEVEL, have been the good-news travel story of 2017. And there’s more good news for 2018.

LEVEL boasts that prices will start at 99 Euros each way. For the New York flights, the best fare I could find for November travel was 127.37 Euros (around $150) one way. That’s for what is best described as basic economy—you’ll pay extra to check a bag, for meal service, to reserve a seat, and so on. For premium economy, the one-way fare rises as high as 731.86 Euros ($870) each way, for LEVEL Premium Flex. The sweet spot might be LEVEL Premium, at 318.20 Euros ($378), which includes the bigger premium-economy seat with more legroom, checked bags, and meal service, but dispenses with seat selection, no-fee date changes, and full refundability.

The new flights will be operated with Airbus A330-200 planes, with 293 economy and 21 premium economy seats.

LEVEL will also add a new route from Barcelona, to Boston, beginning on March 28, 2018.

The proliferation of low-cost flights to Europe by foreign carriers can only lead to lower fares by U.S. airlines. American Airlines, for one, recently announced new service between Dallas/Ft. Worth and Reykjavik, Iceland, in a move to compete with Icelandair and WOW, both of which offer cheap Europe flights via Iceland.