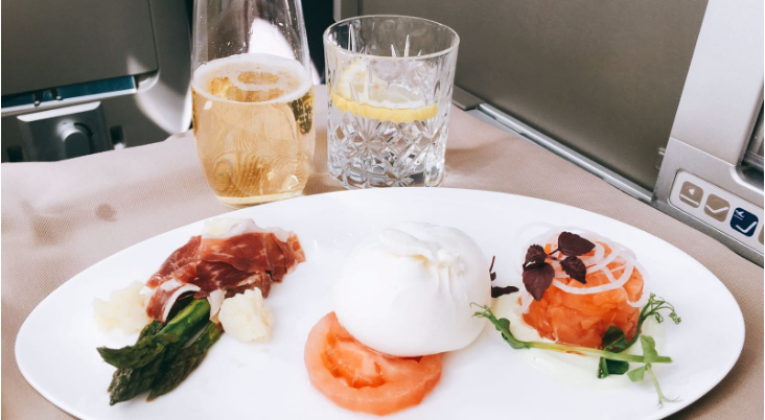 InsideFlyer had the opportunity to spend the day with BA and get an ‘InsideScoop’ on a few things – including the latest plans for the British Airways new Club World (long-haul Business Class) offering!

This article about British Airways was published first on insideflyer.co.uk

[Joe Deeney reporting] The first things that are going to change are (on the face of it) genuine enhancements to the existing British Airways Club World product:

So the plan is basically better sleeping and better eating – laudable aims. Having had one of the worst meals of my life (on land, sea or in the air) on a BA flight (in First Class too!), I’d say those improvements can’t come too soon.

What about the new seat?

The main issue that most people have with Club World is that British Airways stacks eight people across the cabin, in the same space that many other airlines seat only four in their Business Class cabins. Regardless of how ‘efficient’ British Airways’ use of the space is, you’re clearly going to have less room and less personal service flying with British Airways than with most competitors.

Club World may have been an excellent Business Class product in 1999 (nearly 20 years ago!), but in a world where Qatar are soon going to be offering seats like the ‘QSuite’, it just isn’t competitive.

British Airways has been talking about a new seat for a while now, so what did I learn about British Airways new Club World today? Not as much concrete information as might have been expected, but that might be indicative of something in itself, as explained below.

The press release was particularly un-forthcoming “The airline is also developing options for a new seat in Club World with direct aisle access in 2019. Details will be released in due course.”

The consensus view has long been that BA has no intention at all of radically changing the existing layout. As CEO and Chairman Alex Cruz explained again today, the yield that eight across allows BA to generate makes it very difficult to change and still have the finances stack up for the airline.

What was interesting today though is that BA is increasingly aware that passenger perceptions are beginning to shift in terms of what they expect from Business Class, and there is real fear of being left too far behind. What might be ‘OK’ for a few more years might be a bad joke in 10 years – and how passengers view an airline’s premium cabins has a big impact on an airline’s wider reputation.

The second point has been common knowledge for some time, but the degree of emphasis on the first point was surprisingly frank. Mr Cruz also stated that, “We are going to slowly tell you as we make the decisions (regarding the new seat)” – which strongly suggests that they haven’t absolutely settled on something yet, and bigger than expected changes might still be being considered.

Whatever decisions are made, the new seat isn’t due until 2019 and will be installed on new A350s and new Boeing 777s first.

Don’t get us wrong – we’re fairly confident that the British Airways new Club World seat won’t be anything revolutionary, but less confident than we were before.

If there isn’t a big change this time, we may see something completely new in the not too distant future.

What do you think about the changes?

News from around the InsideFlyer Network.