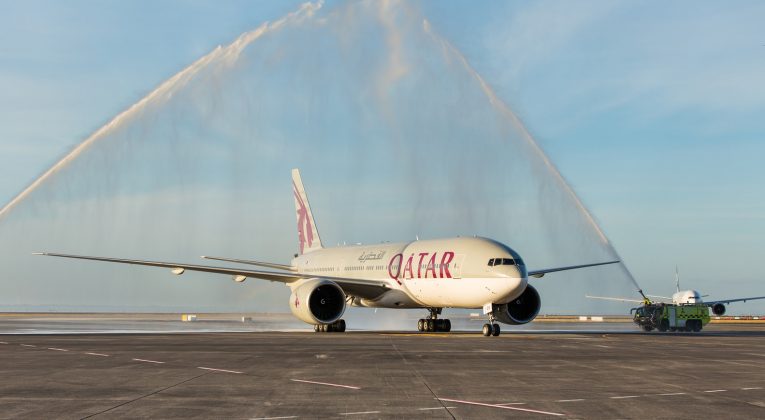 Case in point: Qantas, which last year began boasting that it will operate the longest flight, between Perth, Australia, and London, beginning in March 2018. Not to be outdone in way-in-advance publicity, Singapore Airlines countered by announcing its intention to resume nonstop flights between the U.S. and Singapore later in 2018, following receipt of its long-range A350 aircraft from Airbus. Flight times on the route would be 19 or more hours, handily outdoing Qantas’s 17 hours in the air.

While airlines battle for bragging rights, experienced travelers are more likely to see such marathon flights as exercises in self-inflicted torture, especially if they’re stuck in coach-class crusher seats on fully packed planes. As most flyers are.

Related: How to Get Banned from Flying for Life

However you look at it, as a threat or a promise, there is a new current titleholder for the operator of the world’s longest flight. Qatar Airways this week launched nonstop service between Doha, Qatar, and Auckland, New Zealand.

Referring to the inaugural flight’s propitious timing, arriving on New Zealand’s independence day, Qatar’s news release reads in part as follows: “Arriving in Auckland on Waitangi Day, and achieving the title of world’s longest flight for the return record-breaking service, which covers a distance of 14,535 kilometres and lasts 17 hours and 30 minutes, makes this an even more momentous occasion for Qatar Airways and provides another accomplishment to celebrate in this our 20th year flying the flag internationally for Qatar.”

The new flights are on Boeing B777-200LRs, with 42 business-class seats and 217 seats in coach. The coach cabin features nine-across seating (3x3x3), with seat pitch of 33 inches. That’s about the same legroom available on a Southwest B737, although Qatar’s coach seats are wider than Southwest’s, 18.5 versus 17 inches.

As a Qatar customer commented on SeatGuru, “seat pitch for economy was terrible, too narrow especially on leg room where entertainment box is blocking the space.”

It could be worse. American’s long-range B777s are configured with 10-across coach seats, with 31-inch pitch and 17-inch-wide seats. Thankfully, American doesn’t operate any 17-hour flights. Yet.

What’s your strategy for surviving long-haul flights in coach?