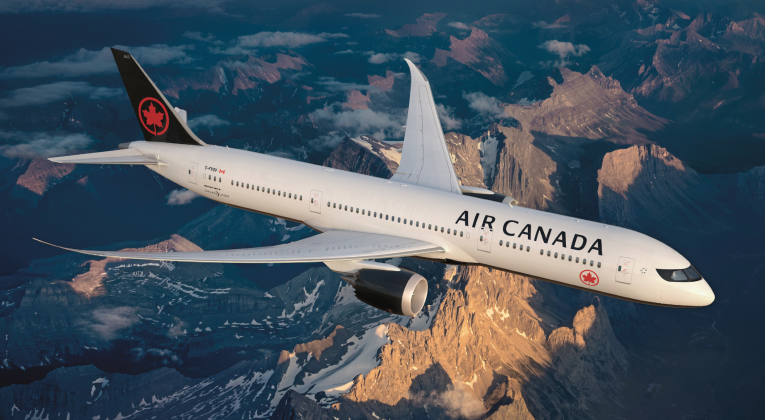 “Lol….wonder what was spent on this rebrand!?” quipped InsideFlyer member slalom in this discussion pertaining to the new livery unveiled by Air Canada earlier today.

“2017 marks the 150th anniversary of Canada and the 80th birthday of Air Canada, our nation’s flag carrier”, according to Calin Rovinescu and Benjamin Smith — who are respectively the president and chief executive officer and president of passenger airlines of Air Canada — in this illustrative guide called Our Nation’s Carrier. “On this landmark occasion, our airline is aiming higher and reaching further to strengthen our position as a global, customer-focused organization with a truly Canadian spirit.”

The livery of the fleet of airplanes which are part of Air Canada rouge will remain markedly different, emphasizing red instead of black with an enlarged version of the Air Canada Rondelle in white partially displayed on a red background on the tail.

Together with new uniforms for members of the flight crew, improved international cabin standard and enhanced on-board products, the new livery represents the future of Air Canada through distinct references to Canadian culture, heritage and evolution — yet in a world where new livery unveilings seem to happen more often, Air Canada has chosen to take a classic route which also evokes its history rather than completely change its identity.

“I do like the rondel, always did. The new design looks pretty clean, less fussy than the current one”, InsideFlyer member tomh009 opined. “I doubt the aircraft paint scheme design (or the wardrobe redesign, for that matter) is all that expensive. The cost is in repainting the aircraft, and in buying new outfits for the cabin and ground staff. But it appears that most of that will be done when the aircraft need painting anyway, and the crews need new outfits, so the net cost probably won’t be all that high.”