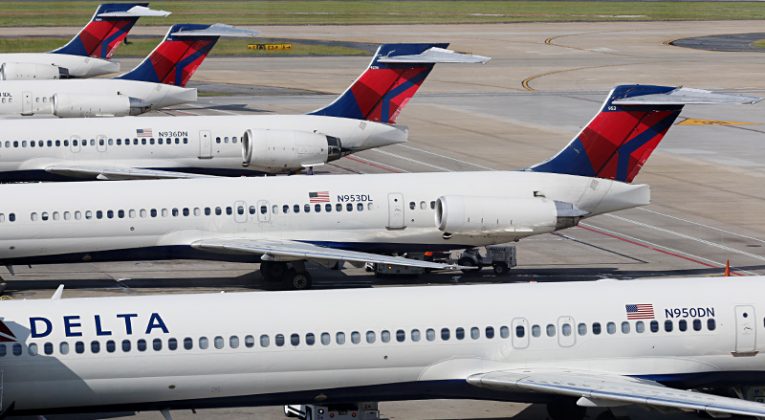 Effective as of Monday, October 10, 2016, members of the SkyMiles frequent flier loyalty program who have earned Silver Medallion elite level status are now eligible for complimentary upgrades to the domestic first class cabin on award travel within 24 hours prior to departure of the flight.

SkyMiles members who have earned Medallion elite level status are eligible for complimentary upgrades to Delta Comfort+ on:

For flights within Latin America and the Caribbean markets serviced with Delta One and select Asia Pacific markets — including China and Hong Kong — and other markets such as translatlantic flights, Medallion elite level status members will continue to upgrade to Delta Comfort+ via the seat map.

Effective as of Saturday, April 30, 2016, the clearance priority for complimentary upgrades was simplified, as shown in the chart below.

For more details on when your upgrade will clear:

If you purchased a Y class fare — typically full price for a ticket to be seated in the economy class cabin — you will no longer be able to upgrade yourself at the time of booking your flight.

Silver Medallion elite level status in the SkyMiles frequent flier loyalty program is generally thought to not be very rewarding; so to add a benefit such as upgrades on award tickets theoretically improves and increases the value of Silver Medallion — but only if space is available…

…and if recent history of upgraded travel on revenue tickets for SkyMiles members with Silver Medallion elite level status is of any indication — plus the ability for companions of SkyMiles members who have earned Medallion elite level status to now be elevated to the same elite status level, meaning that companions of Diamond, Platinum and Gold Medallion members will be elevated to those respective levels of status and therefore trump anyone with Silver Medallion status — this benefit will have little meaning overall.