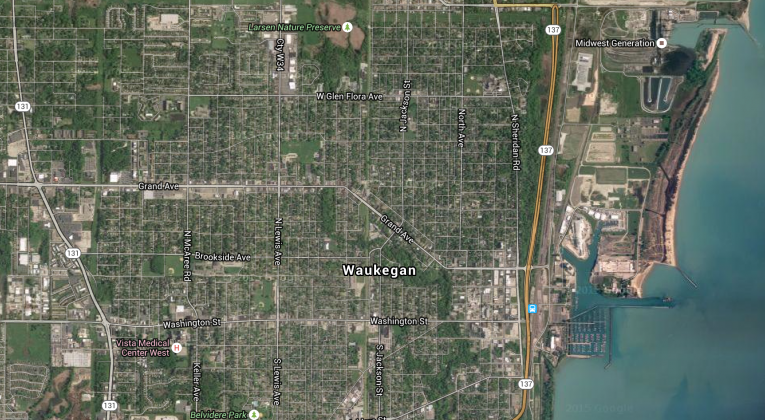 I have always had an inexplicable fascination with highways and road networks in general; so you can imagine my surprise when I visited a customer site in Waukegan several years ago and was nonchalantly told about the road to nowhere nearby.

Unsure of how the conversation arose pertaining to that four-lane divided limited access highway which runs a distance of almost three miles through this industrial blue-collar town located only a few miles south of the Wisconsin border on the shore of Lake Michigan in Illinois, my curiosity dictated that I must drive on this highway with the car which I rented.

Amstutz Expressway: The Road to Nowhere

The customer site was located due west of the highway, which is known as Amstutz Expressway and is a part of Illinois State Highway 137. To say that it was not a convenient route between the hotel property where I was staying and the customer site was an understatement — not to mention that the highway actually did not go through Waukegan as I indicated earlier; but rather separated part of the city from the lakefront for the length of its approximately 2.9 miles.

If you might be thinking about using Amstutz Expressway to avoid the toll road known as both the Tri-State Tollway and Interstate 94 west of Waukegan, you might want to think again. The distance one-way between both limited-access highways is greater than the entire current length of the expressway itself; and the exits off of the toll road are not exactly conducive for this purpose. You would actually be better off using United States Highway 41 as an alternative route; or — better yet — just remain on Interstate 94.

As it is situated near the shore of the lake, you would think that the views from Amstutz Expressway — named for Melvin E. Amstutz, who was the former director of the Division of Transportation of Lake County in Illinois — would be scenic. Not so. You would be lucky to even see the water, as there is an industrial area located between the expressway and the lake itself.

The south end of the expressway integrates right in with the continuation of Illinois State Highway 137 as you head towards the northern suburbs of Chicago; but the traffic light in a residential neighborhood speckled with buildings housing small businesses at Genesee Street is a sobering reminder that the journey southbound will by no means be free of interruptions.

The northern terminus of the Amstutz Expressway is arguably worse. You are teased with an overpass which crosses over what promises to be the continuation of the expressway; but rather houses unused yet decaying pavement overgrown with weeds, which is separated from the exit ramp with temporary Jersey barriers — and a stop sign awaits you at the end of that ramp, where you must turn left onto Greenwood Avenue; cross over the unused portion of the highway; and then turn right onto Sheridan Road to continue on your journey northward.

Faded pavement markings and light traffic gave driving on the old cracked asphalt and concrete of the expressway a rather eerie experience; and at times it felt like I was the only driver on the road. Trees and weeds usually obscured the fact that I was actually in a city — save for the streetlights which lined some of the highway, occasional power lines and seemingly old buildings.

The experience was also frustrating in that once I reached highway speeds, I only had a couple of minutes or so before I had to slow down — or, more likely, stop altogether.

Grand Avenue is the only exit on Amstutz Expressway where the highway does not end; and because of this, there is no need to identify exits with exit numbers. Still, one has to wonder who would actually use this exit, as that would further reduce the usefulness of the expressway for the motorist because it would not take much longer to simply remain off of the expressway itself and use the local streets to reach Grand Avenue, which perhaps might actually be shorter and more efficient.

The usefulness of Amstutz Expressway may be limited to the motorist who is simply passing through town; but it is also a star in its own right: the highway has been a set for a number of different films, including but not limited to Planes, Trains and Automobiles; Ordinary People; Batman Begins; Groundhog Day; and The Blues Brothers. You would think that its unusual role as a movie star helps to recoup the greater than $60 million already spent on this highway due to the ease of being able to close down the roadway at any time for days at a time for filming — causing minimal inconvenience at best for those who use the roadway — but no rental fee is charged for its use other than the necessary costs involved to temporarily close it down.

Even worse is that due to the combination of political wrangling and millions of dollars in additional costs, a viable extension for the expressway — as well as development for the area surrounding it — is unlikely anytime soon; and its future has been uncertain for decades. There has even talk over the years of dismantling the expressway altogether — one of the most recent discussions being earlier this year — but that tactic is fraught with its own problems and issues.

What this means for you is that if you ever find yourself traveling to or near the Waukegan area, you still have a unique opportunity to drive on this mostly-impractical limited access highway — and I guarantee that you will not encounter bumper-to-bumper traffic during normal usage of this road…

…and people who are really daring enough will speed well in excess of the speed limit of 55 miles per hour, as there are very few places for police to inconspicuously hide with speed traps due to the concrete barriers and thick weeds. Both the length and condition of the highway itself are superior inhibitors to speeders than any speed trap anyway.

I did not have a camera with me when I drove on this expressway; so I apologize for not providing photographs of my experience.

Have you ever driven on the Amstutz Expressway or a similar road to nowhere?

The Amstutz Expressway is the road highlighted in gold, shown in its entire length on the right side of the image. Source of imagery ©2015 TerraMetrics. Source of map data ©2015 Google Maps.