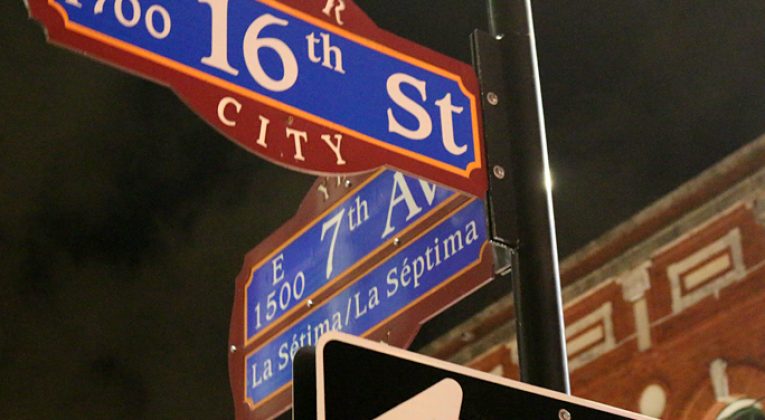 Traffic was at a standstill as blood was everywhere from all of the people who were either brutally scarred or lost eyes or various limbs. The carnage was horrific — but at least there were fortunately plenty of doctors, nurses, police officers, firefighters and other emergency personnel on hand…

…as well as superheroes, aliens, monsters, pirates, fairies, ancient Egyptians, and women dressed so scantily clad that they appeared to be on the lookout for tricks as treats in the sultry air of a hot and humid night.

It was just another normal Halloween night in Ybor City — which for that evening may as well have been called Igor City, located in the Tampa metropolitan area — during the weekend prior to the clocks being turned back an hour on Seventh Avenue; and I was on my way to the most unlikeliest of places for me: a cigar bar.

A group of us had just finished dining at the oldest and largest Spanish restaurant in the United States — a review is forthcoming — and I was invited to join them at the cigar bar, at which I understood there was an outdoor patio. Because I do not see these people very often and enjoy their company, I decided to go — as much as I cannot stand smoking.

Although it was actually an idea for a very brief moment, we thought better about driving along those several blocks along Seventh Avenue. I was not sure as to why anyone would drive anyway, as vehicles simply sat stationary in the street with engines idling. Even walking was delayed, as the sidewalks were clogged with people — a phenomenon I had not experienced since I was in Las Vegas last year, although Ybor City still paled in comparison.

In addition to the thousands of people wearing costumes hoping to be noticed, there were peaceful protests and people attempting to deliver messages to impromptu captive audiences — all in attempts to save the world. Help legalize medical marijuana. Repent and look to Jesus Christ as the savior. Other causes of the like.

One motorcyclist revved the motor of his “hog” — a massive Harley Davidson motorcycle whose chrome gleamed brightly in the night — to the point where the noise reached decibels which obscured all other sounds, including the music blaring from the various dance clubs and restaurants competing for patrons. Two bonafide police officers put a stop to that immediately, handily and peacefully.

Our group continued on our interesting journey towards the cigar bar, taking in all of the sights and sounds…

…which indeed did have an outside patio — but with no vacant space, as it too was crowded with people…

…so we were relegated to the rear of the cigar bar near the washrooms, the air heavy with the smokiness of patrons happily enjoying their stogies paired along with their choice of alcoholic refreshment; and the television revealing yet another disappointing loss of a World Series game by the New York Mets to the Kansas City Royals. A bunny rabbit was our waitress, who served up the tubs disguised as ash trays, the libations and the thick rolls of tobacco ready to be smoked, with some of my friends looking forward to a relaxing remainder of the evening.

I stayed as long as I possibly could until a friend of mine and I excused ourselves and said good night; and the walk back to the car across the street from the restaurant at which we dined was no less interesting or crowded — even at that late hour. Cigar smoke was hopelessly embedded in our clothing. One of the people who was part of our group later revealed that she showered three times and still could not completely eliminate the evidence of being in that cigar bar out of her hair.

Why in the world would I subject myself — an avid anti-smoker who does not drink alcoholic beverages and is not into the party scene — to an environment completely out of my comfort zone?

That is an easy question to answer. I simply wanted to spend time with people who have become my friends over the years — all of whom I met through Internet bulletin boards for frequent travelers — and to me at that moment, spending more time with good friends was worth it.