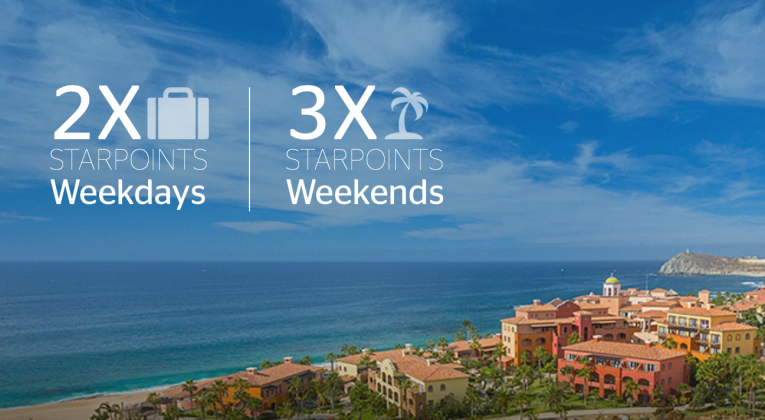 As a member of the Starwood Preferred Guest frequent guest loyalty program, you can now register for a new promotion called More For You by Wednesday, November 30, 2016 at 11:59 in the evening Eastern Standard Time; and once you are registered and stay a minimum of two nights at a participating hotel or resort property through Sunday, December 18, 2016, you will earn:

Earn Double or Triple Starpoints With More For You Promotion

Other than the duration of the promotion period, there is no limit on the number of bonus Starpoints which you can earn. Bonus Starpoints will post to your account within four weeks after the qualifying stay posts.

This offer is eligible with other Starpoints promotions; however, each offer will award bonus Starpoints independently of each other, and offers cannot be combined.

An eligible night is defined as at least one night paying an eligible rate during the promotion period. An eligible rate is any rate which is eligible to earn Starpoints in the Starwood Preferred Guest frequent guest loyalty program.

Note that certain prepaid room reservations — such as when the booking is made through a third party, including but not limited to travelocity.com, expedia.com, orbitz.com and delta.com — are not considered eligible rates and do not earn Starpoints or qualify for promotional earnings. Stays must be booked through any Starpoints-eligible channel, which includes a travel professional who books through those channels or the global distribution system.

Although this article first called attention to the More For You promotion, it was not in effect until this week; and in the meantime — leading up to this promotion — there was a game called SPG Open More with which you had the opportunity to win Starpoints.

Still, this promotion is rather straightforward and easy to understand; and registration to participate in it takes only seconds of your time; so be sure to do that now in order to be eligible to earn bonus Starpoints.