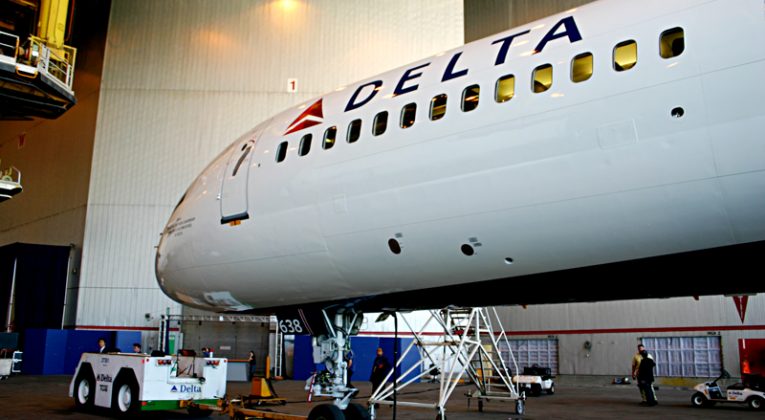 The travel waiver originally issued by Delta Air Lines for Monday, August 8, 2016 has been extended through today, Thursday, August 11, 2016 — meaning that if your flight was canceled or significantly delayed during the first three weekdays of this week, you are entitled to a refund; or if you change your itinerary, the change fee will be waived.

The reissue date of the travel waiver was extended as well: even if your flight was not canceled, you may make a one-time change to your ticket without fee if you are scheduled to travel to, from, or through all destinations worldwide on Delta Air Lines, Delta Connection, or flights coded as Delta Air Lines where the ticket must be reissued on or before Sunday, August 21, 2016; with rebooked travel beginning no later than that same day.

In addition to offering travel waivers, everyone who has been affected by the impact of operations systemwide for either a cancellation of a flight or a delay of a flight by greater than three hours will receive a travel voucher worth $200.00 towards a future flight operated by Delta Air Lines — even if those passengers are entitled to a refund.

All travel must be booked by one year from the date the travel voucher was issued.

All of this comes after what has become a disaster for an airline known for its punctuality, reliability and service. Approximately 1,000 flights were canceled this past Monday — roughly “triple the number of mainline Delta cancellations previously during the entire year” — and at least another 775 flights had been canceled this past Tuesday.

Yesterday, another 317 flights were canceled.

Cause of Impact on Systemwide Operations

Originally attributed to a power outage, the cause of the impact on the operations of Delta Air Lines systemwide throughout the world was has been amended to state that “some critical systems and network equipment didn’t switch over to Delta’s backup systems. Delta’s investigation into the causes is ongoing.”

Gil West — who is the chief operating officer of Delta Air Lines — addressed the cause of the technology failure that disrupted the operations of Delta Air Lines this past Monday; and the following text is his explanation in its entirety as to why some flight delays and cancellations were continuing.

“Monday morning a critical power control module at our Technology Command Center malfunctioned, causing a surge to the transformer and a loss of power. The universal power was stabilized and power was restored quickly. But when this happened, critical systems and network equipment didn’t switch over to backups. Other systems did. And now we’re seeing instability in these systems.

“For example we’re seeing slowness in a system that airport customer service agents use to process check-ins, conduct boarding and dispatch aircraft. Delta agents today are using the original interface we designed for this system while we continue with our resetting efforts.

“Delta is a vast people-moving machine that is tightly wound around a schedule that meets customer demand. Similar to what happens after a severe weather event, it is not unusual for a global airline to take more than 24 hours to   return to full reliability.

When Delta doesn’t fly aircraft, not only do customers not get to their destination, but flight crews don’t get to where they are scheduled to be. When this happens, unfortunately, further delays and cancellations result. And flight crews can only be on duty for a limited time before rest periods are required by law.

“Flight crews – pilots and flight attendants – carry out their responsibilities in a rotation, a schedule of flights and hotel reservations, that is usually three or four days.

“As cancellations occur, rotations become invalid. Multiplied across tens of thousands of pilots and flight attendants and thousands of scheduled flights, rebuilding rotations is a time-consuming process.

“And keeping safety top of mind is a constant in our actions, and especially while we’re running our operation in recovery mode and making sure flight crews on duty have all they need to operate a safe flight, especially consistent delivery of information.

“Delta employees worldwide are doing everything possible to return the operation to normal and get customers to their destinations and I thank Delta people for these efforts.

“We are sorry our technology failure inconvenienced so many customers and are grateful for the faith and patience so many have shown in Delta.”

After apologizing to customers via video from the heart of the Operations Control Center of the airline at its world headquarters in Atlanta, Edward Bastian — in his still-nascent role as chief executive officer of Delta Air Lines — explained in a second video message that the Delta Air Lines of this week is not “who we are” and apologized again to customers for the inconvenience that they had undergone.

This discussion amongst members of the Delta Air Lines | SkyMiles forum on the forums of InsideFlyer pertains to this topic if you would like to participate.

As originally written in this article: if you were affected by the impacted operations of Delta Air Lines today, be sure that you take advantage of the travel waiver; and hopefully you will travel to your destination as soon and as safely as possible.

In the meantime, may the systemwide operations completely return to normal for Delta Air Lines before this week is over…