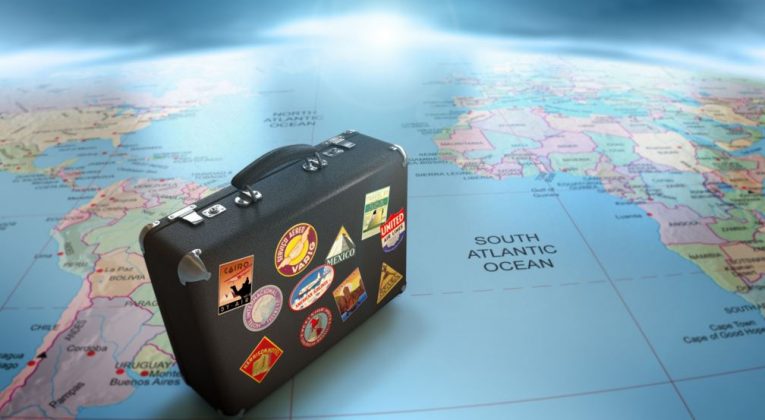 It’s going to cost you more to travel in 2016. Unless it costs you less. In a world where leisure and hotel prices are diverging from airlines’, you will want to be aware of their pricing structures.

If it feels like airline ticket prices do nothing but go up, you are generally correct. A small decrease in RASM* is not unusual. But consecutive years of declines are rare, and consecutive years in a non-recessionary economy (based on US gross domestic product) are almost unheard of. In other words, seeing overall industry ticket prices down in both 2015 and 2016 is a nice surprise for consumers. Yet that’s the way the year will likely play out.

Of course, not every consumer will benefit to the same extent. I’m looking at overall numbers, and some will benefit more than others, with geography being one of the major determinants (outside of the economy). Here are some of the factors that will influence how much you pay:

They’re the airlines that we love to hate. Their service is abysmal, they charge for everything and yet their flights are always full. For a large demographic of consumers, ULCCs such as Spirit or Frontier are the key to being able to travel.

Are you in Dallas, Denver or another city where ULCCs are growing? Congratulations, your ticket prices are going down sharply, and the best part about it is, you will likely still be able to fly your preferred carrier at that price. Since the network carriers are matching the ULCCs, that fare on American might be the same as the one on Spirit. The majors are implementing their version of Delta’s Basic Economy fares this year to compete, but expect ticket prices to remain low(er). You don’t even have to be in a ULCC city to benefit, as long as there’s competition. Seattle consumers were winners on price when Delta invaded.

Lower fuel prices have also helped. As oil prices have declined, airlines have been able to maintain or launch routes that would have otherwise been unprofitable, creating increased supply. Meanwhile, the ULCCs (There are those buggers again.), who compete on price, will keep lowering theirs to stimulate traffic.

Of course, if you find yourself in a captive hub with no low-cost competitors, your mileage may be different, at least until Spirit enters the market.

Wednesday morning, Hilton had its quarterly investor conference call. During the call, it noted that it expected 2016 RevPAR (the hotel equivalent of RASM) to be up 3-5% for the full year, even though it had only been up 2% for the quarter. That was consistent with Marriott’s expectations (also 3-5%, with CEO Arne Sorenson saying, “We expect the US economy to bump along with modest GDP growth.”). So why are lodging companies more optimistic than their airline counterparts? After all, they’re all travel companies.

Part of the issue is what’s known as the booking curve. The booking curve measures how far out people are making their plans. Since so much of the hotel business comes from conference or conventions, which are scheduled months in advance, lodging companies will have a higher percentage of their rooms booked further in advance. Many of the rooms that are on the books now were reserved as much as a year ago, when the economy was better. That won’t preclude cancellations, of course, but there will still be food and beverage revenue.

Likewise, the geography that hurts the airlines actually helps the lodging industry. If Chicago is hot, for instance, and New York isn’t, you can’t pick up and move a hotel from New York to Chicago as easily as you can an airplane. In fact, if you want to add a hotel, it might take a couple of years to build it, by which time, the city might be in a downturn. On the other hand, if an airline is earning excess returns in Chicago, it can have a plane from New York there as quickly as it can change its schedule to kill profit margins.

Look for prices to be up 3-4% for 2016 although, if you are booking now, you may be looking out into 2017, since cruises are often booked more than a year in advance. Measuring prices for cruises can be tricky, since the companies always throw in a few freebies when you book, so they use a measure known as “net revenue yield,” which adjusts for the extra goodies.**

One other interesting twist with cruises is that, with the exception of some luxury cruises, most ships generate 25-30% of their revenue from on-board spend, such as drinks, internet and gambling. Thus, the companies are always trying to keep a careful balance between ticket prices and volume. If your prices are too high, you won’t get the volume of passengers that you need. If the prices are too low, you’re leaving money on the table. When in doubt, the cruise lines have traditionally erred on the side of increased volume but, as their revenue management capabilities improve, they have shown signs of maintaining higher pricing for longer to keep consumer from waiting until the last minute to book.

Airline ticket prices are often the canary in the coal mine for a softening environment, but that’s not always the case. As it relates to 2016, though, airline prices are working in your favor. For hotels and cruising, though, you might be earning a few more points on your credit card when you make reservations.

*RASM, or revenue per available seat miles, is the most common method of measuring overall pricing growth. It measures how many cents an airline generates to fly one seat one mile, whether that seat has a butt in it or not. It is determined by multiplying the “yield,” or cents per seat mile with a person in it, times the load factor, or the percentage of seats that are occupied.

**Take a look at my colleague Marshall Jackson’s piece that gives tips for new cruisers. One tip is to use a travel agent, who often have access to freebies that aren’t publicized.