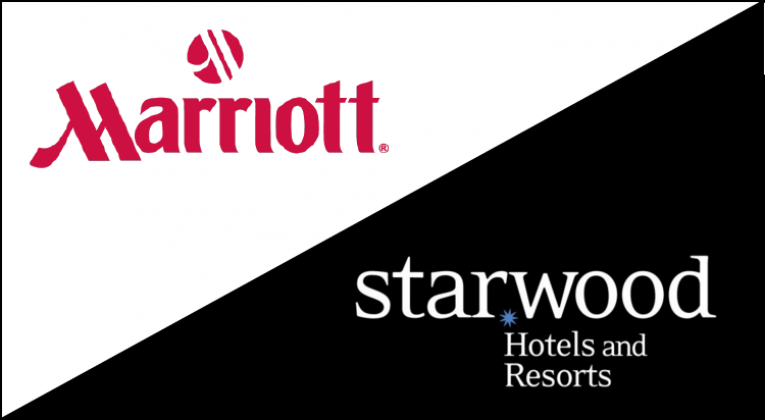 And now it gets interesting. This morning, Starwood Hotels (HOT) announced that it had received a non-binding offer from a consortium of investors led by Anbang Insurance Group, a Chinese conglomerate, for approximately $14b, a premium to the $12.2b that Marriott (MAR) offered in November. Marriott has granted Starwood permission to review the offer through Wednesday night.

If the name Anbang means something to you, it’s likely that you pay close attention to the lodging sector. Anbang is the company that paid almost $2b for the Waldorf Astoria in 2014 and, just two days ago, agreed to purchase Strategic Hotels for $6.5b from Blackstone Group, a $500m premium to what Blackstone paid only a few months earlier. Strategic is a lodging REIT that holds 16 upscale properties, including the Four Seasons Jackson Hole, the Ritz-Carlton Half Moon Bay and the Intercontinental Chicago. Unlike Marriott, which owns very few properties (It manages and franchises its brands.), Anbang would likely maintain its position as the owner of the actual hotels.

The Anbang proposal differs from the Marriott purchase in a number of ways. First, and probably most important, is that Anbang is an all-cash offer. Thus, the price is fixed at $81.50 per share, which includes the sale of the timeshare business. Marriott’s offer is almost all stock and the final price would vary based on the underlying value stock, but is currently worth approximately $70 per Starwood share. Anbang’s offer was also unsolicited and late in the process, meaning that Marriott is still currently in the driver’s seat.

Does a higher price mean that Starwood will switch its allegiance to the Anbang offer? Not necessarily. Corporate boards have a way of interpreting deals to drive the final response that they want, and the certainty of the Marriott deal probably looks better to the board than an unsolicited bid from a foreign bidder (which likely comes with a number of conditions). Furthermore, if the Marriott-Starwood deal falls through, HOT must pay a $400m break-up fee to Marriott. That’s not to say that Marriott won’t sweeten the deal a bit, but it is unlikely to match the generosity of the offer from Anbang.

Marriott is an unusual acquirer for Starwood, in that that they are already strong in the sectors that Starwood dominates, namely the “Upper Upscale” hotels, such as Sheraton and Westin. A more logical partner would have been someone like Intercontinental, who has some luxury but is found mostly in the Upscale and Midscale segments through its Holiday Inn portfolio.

So What Happens to SPG?

And the all-important question: What does this mean for the Starwood Preferred Guest program? At this point, nothing. But long-term, a privately held owner might be better for customers than what we would see with Marriott. Anbang has made it clear that it is focusing on the high-end of the business, so it has no interest in doing anything that could impact the brand. As an independent company, it also has the luxury of investing for the long term, as opposed to appeasing shareholders through synergies. Andang is also going to be an owner, making its money directly from paying guests, as opposed to franchise and management fees, so it will have more invested in the properties. Marriott had already announced its intentions to sell many of the remaining hotels in the Starwood portfolio. The Marriott transaction is a complicated one, however, and the integration is going to be complex. It could be 2-3 years before SPG is combined into Marriott Rewards, and Marriott will have to do something to appease SPG members, who are used to having one of the most generous elite programs in the industry. Overall, I would not expect to see any changes before 2018, no matter who ends up owning the company.

I don’t know how this will turn out, but it should prove to be an interesting horse race.